It is easier to describe the issue with an example:

This album of Pierre Wissnar Concertos from Qobuz is quite a mess on import from Qobuz. It is not the case with this album but in general imports from Qobuz are missing composer credits and often have no composition hierarchy as is being reported on numerous threads.

The core of this CD is the Hungarian Symphony Orchestra plus Alain Paris as conductor. But despite the album cover there are 4 soloists (violin, trumpet, flute and harp). There are 3 concertos and a flute/harp duet and an orchestral piece.

A configuration like this with multiple artists distributed over a program with multiple forms (concerto, orchestral and duet as in this case) is not unusual with a classical disc. However, in metadata it is all wrong. This can be straightened out manually and on the main album page it is possible to get the display correct: 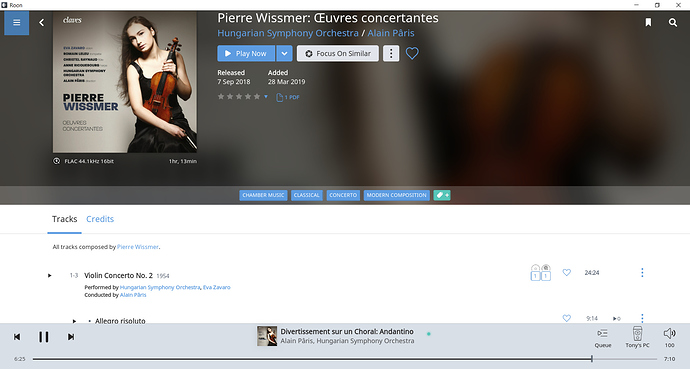 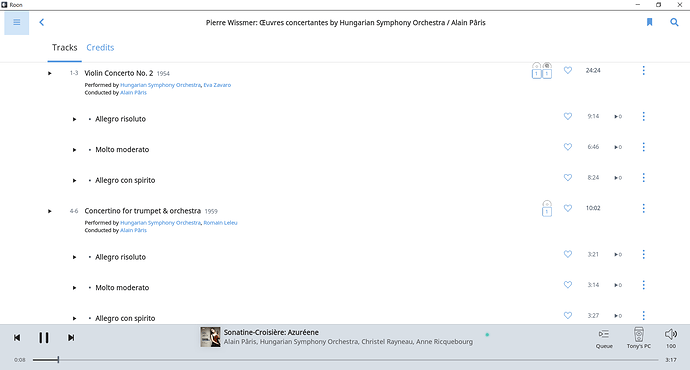 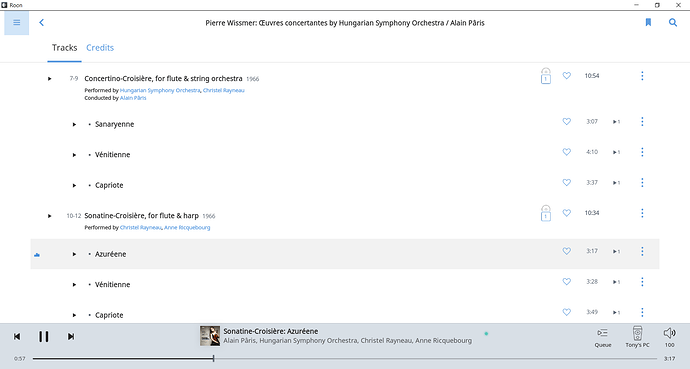 But on the queue and playing now page it is still wrong. Roon concatenates the work / track artists with the album artists / primary artists. 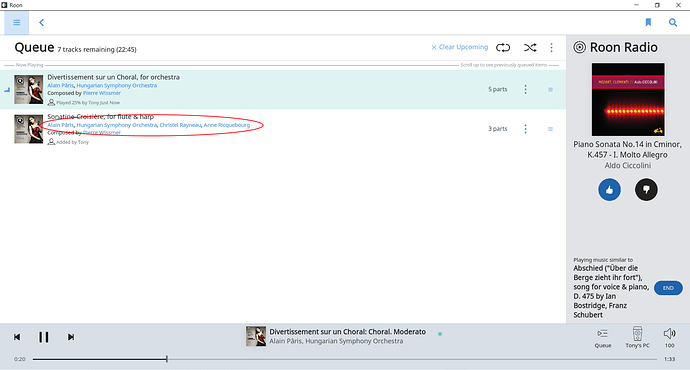 In some genres, like pop, where the track and album artists are often the same this will go unnoticed. But in may scenarios, including Classical, compilations, box sets, series etc. there is not a very close correlation between track artists and album artists and the way roon concatenates like this leads to a very confusing queue display.