while the correct santana artist should be the keyboardist 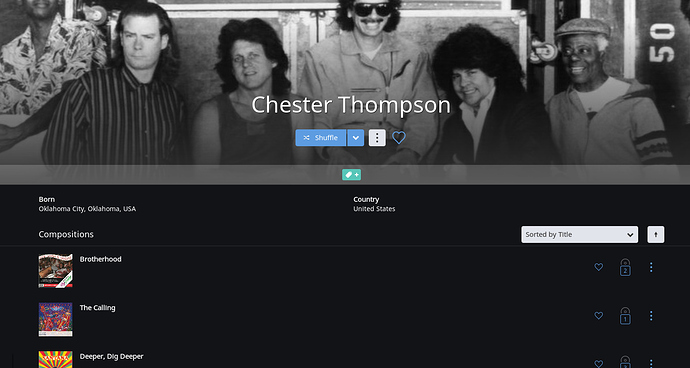 but in the metadata they are all mixed up

We are looking into this and are hoping that you can share screenshots of the albums that these incorrect credits are coming from.

chester thompson (zappa’s drummer) is wrongly credited in these santana albums (in my library): 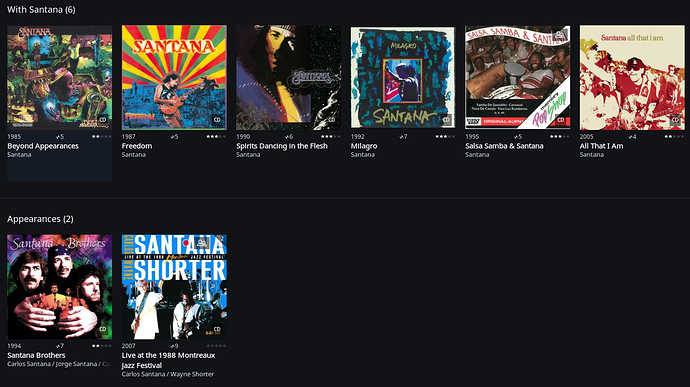 Thanks, @Niccolo_Terzi — We are looking into this and will reach out to our metadata provider.

@dylan
i can add that in allmusic credits there 's something wrong.
for example, in santana “milagro album”

there is a chester thomson:


who seems to be the correct one

but if you look for chester thompson in allmusic:

Find information about "" listen to "" on AllMusic


you get (aside c.t. the zappa’s drummer) another c.t.

who should be the same santana band c.t.

I have solved changing the file tags.
i’ve put
Chester D. Thompson for the santana keyboard player
Chester Cortez Thompson for the drummer.
then, after a rescan, roon associated the correct player to the various albums.
i say, though, that my tags were correct. basically, roon is not able to match its database to the file tags: when tags are present, the mess is created. most of the times.

one nice discovery, though: Chester Cortez Thompson did actually play in a santana albums: Beyond appearences