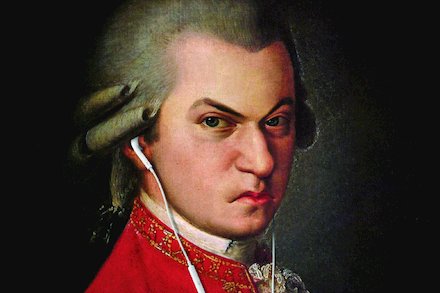 In Streaming Age, Classical Music Gets Lost in the Metadata

Has music streaming ignored aficionados of Mozart and Beethoven? Two new services, Idagio and Primephonic, address the needs of the genre’s discerning listeners.

Has Classical really a chance alongside rabbit music?

Out of curiosity, I went to both sites and tried their search engines. Both did very poorly on basic tests:

At both sites, an incomplete disc set was returned [beta error] (verified via alternative search approaches), and non-relevant discs were offered prominently [alpha error] to the exclusion of more appropriate fits.

I don’t have a streaming subscription from any service, so my experience is purely with roon, which I find works well to the extent my metadata includes what I want it to.

These new sites might solve these problems through extensive metadata massaging and curation. We’ll have to see.

I’ve noticed one thing - also just using the web sites - which idagio seemed to do quite nicely (while primephonic failed): managing recordings of a work. Browsing for a work with primephonic - probably because they stick to an album / track model and don’t know about “recording” (yet / on the web?) - showed all releases of a recording including from multiple compilations while idagio just showed one recording for a distinct performance and it looked like the one from the earliest known or initial release. Also, idagio seemed to be able to show which (currently available) releases (album versions, compilations) contain a certain performance. That’s quite something – even so it’s easier to do for a streaming service which is in control of it’s sources – vs. a service like Roon which just can’t predict which releases / album versions etc. will be in a local (or remote) music library.

That’s why I like classical. There is always something new to discover. It’s an analog world.

So far idagio is not gap less AFAIK

I’ve been reading somewhere that it’s an issue with the desktop (browser) version, not the “native” mobile apps. But then I don’t do streaming …

In the discussion of the metadata problem, they talk about the challenge of albums with many artists:
“If you have Herbert von Karajan conducting a Verdi opera with Maria Callas, who is the artist? … This is not a crisis of genre, it is a crisis of the packaging of an industry.”

Of course this is not a classical-only issue. I often bring up this problem in the context of jazz: where do you file Bags and Trane by Milt Jackson (nicknamed Bags) and John Coltrane, two equal stars.

And I mention it to explain why folder-based navigation is a bad idea: it is specifically because file systems are designed as trees, where each file or folder has one parent. Real-world information is not that simple, it is a Directed Acyclical Graph (DAG), or a web of relationships.

And this is (one reason) why it is problematic to save metadata edited in Roon into the files so it can be used in other programs: the file level tags are not structured for a DAG.

A lot of issues central to what we do hidden in this article.

It would seem that for Classical and Jazz (in particular) the concept of organizing things around albums and album sub-elements is flawed - at least as long as everything is only centered around the album entity. While there are quite some albums – my guess: more in the Jazz world than in the Classical world – which indeed have a concept / follow a program the performance of the work is at least as central. Any approach which doesn’t take this into account will fail more or less when trying to please Jazz and/or Classical enthusiasts.

I agree that neither an old fashioned folder structure nor ID3 like file tags can solve this. An intermediary is needed. Roon has started to act as one, even so it is yet in its early stage of evolution because it doesn’t know enough / isn’t advanced enough to automatically create the needed knowledge yet to do this consistently and convincingly.

That idagio seems to value the performance (recording) and the work more than the album was an interesting find. They do have to curate metadata (with a team of “musicologists”, based in Slovakia for obvious reasons) to make this work. Maybe one day they’ll rent out their metadata too and Roon can use it … because somehow I doubt that rovi cares enough / sees a market for enhancing its entire metadata in a way that would allow other ways of exploring it apart from the standard album / album artist way.