Complete Confusion re: How to Wire the Connection to Bluesound Node 2i

My Roon Core is on my Windows computer, which used to live upstairs. I’ve added Roon to my Bluesound Node 2i and it streams the connection via wifi to it and sounds pretty good (though not obviously superior to the Tidal and Qobuz connections that come to the Node 2i via wired ethernet connection). I thought I’d move my computer downstairs, also connect it via ethernet, run a cable to the optical/input of the Node 2i – perhaps even setting up my Topping D10 DAC in between – and end up with even BETTER sound as Roon would stream through a completely wired connection. Result: No sound whatsoever. No more Roon. Was I supposed to add a new “Group” or something? Zero sound whatsoever. Unplug it all and Roon plays wonderfully (via wifi, I guess) as before.

What am I doing wrong? Makes me want to give up Roon completely and just use the Bluesound OS with the streaming services. But I’d miss Roon radio. And I already bought a lifetime subscription.

Is your new connection in Settings==>Audio waiting to be Enabled?

Makes me want to give up Roon completely

Settings Audio waiting to be Enabled WHERE? In Roon? Or in Bluesound somewhere???

In Roon, in the left hand sidebar, Settings==>Audio. 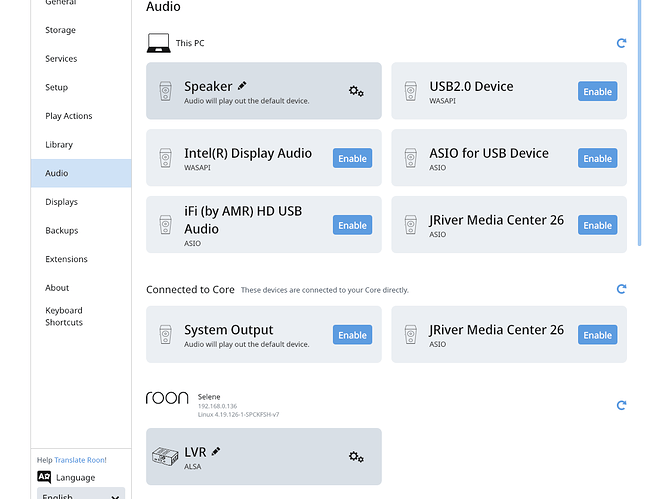 Almost there (and thank you). Now have sound. BUT…Am looking at my Topping D10, which it is running through, showing Supertramp’s “School” – a 192 Khz recording – playing at 44.1. But it plays…not sure any improvement in sound quality over native Bluesound app. Again…I must be missing something. Attaching two pics. 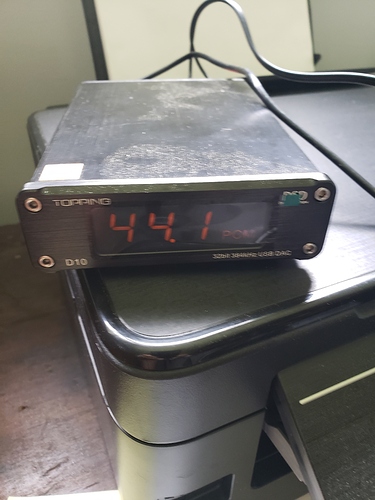 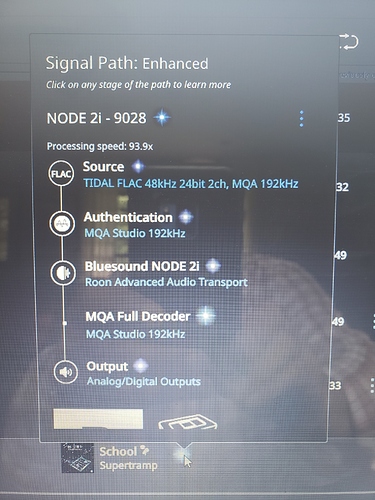 Dunno. Someone else will come along to help.

The signal path image you posted shows the Bluesound Node 2i reporting back to Roon that it is performing a full MQA decode to 192Khz, so that looks fine to me.

Not sure where the Topping D10 fits in with that, can you post a signal path when playing to that zone.

Thank you, Carl. But I remain somewhat-to-very confused. I have to tell the Roon TO PLAY TO the Topping D10, NOT the Bluesound endpoint? Even though the Topping is running from the computer (via USB) and connected to the Bluesound via RCA cables-to-mini? It looked like the Topping was just dead/non-responsive…

I have to tell the Roon TO PLAY TO the Topping D10, NOT the Bluesound endpoint?

Yes, Roon supports multiple zones … check out the Roon Knowledge Base is a great referance source for both new and experienced users alike.
Try searching it for Zones, lots and lots of info and “how to guides”.

I remain somewhat-to-very confused. I have to tell the Roon TO PLAY TO the Topping D10, NOT the Bluesound endpoint? Even though the Topping is running from the computer (via USB) and connected to the Bluesound via RCA cables-to-mini?

Brother, I thought we straightened this out. Another foray into Settings==>Audio is in order.

BTW - why do your have both connections? Pick one and let it go at that.