One of the thing’s I really like about roon is the way it uncovers links between different artists interpretations of favorite works. The problem is that as I have migrated more and more of my library to a roon friendly format I see a lot of inconsistencies in composition handling.

This is typical and happens a lot: 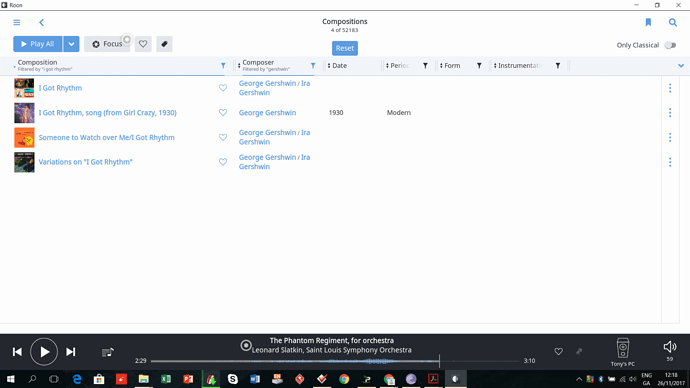 Although this “list” view provides an intuitive “fuzzy” aggregation of all these composition variations, most of the roon screens work on a different “focus” philosophy. To get the benefits of that, the compositions need to be “merged” so they group together on other screens. In this particular case it is b) that has all the composition info, so it makes sense to merge the compositions into that variation: 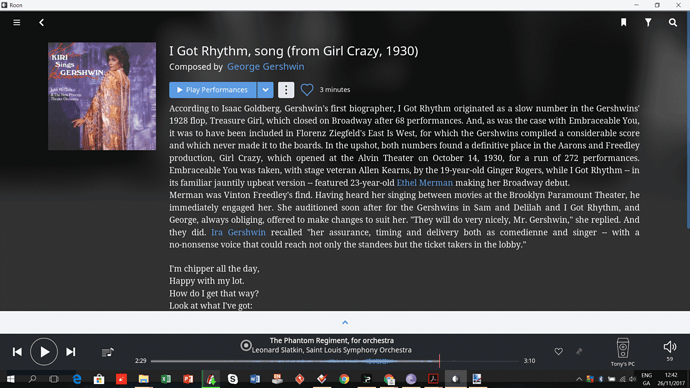 The problem is that roon is not allowing me to do that, unless I “normalise” all the spellings closer to b). In this case that will require 18 separate song edits. It is never clear to me how much I need to edit the title so I often just take the nuclear option of changing it completely to match roon. This happens extremely frequently with classical music where I find that adding an opus number is not usually enough and I have to hunt down a catalogue number which can end up being quite a paper chase.

There are a lot of problems with all this:

As an aside, this seems to be a similar problem to “artist merge” which is also very hit and miss. Addressing composition/artist merge would go a very long way to reducing the manual tagging effort needed to get the best out of roon.

Hi Tony, you can merge compositions. Right click on each of them to select them and you will see an option to merge. You will have to select the “main” composition to keep.

I am aware of that. The problem I was trying to highlight is that the procedure that you describe is not working every time. In fact in my particular case I would say it doesn’t work most of the time. I only noticed this a few months ago as I have been going through a lengthy migration exercise to get roon working at all. Initially the procedure you describe with a handful of variations of compositions seemed to work. But at some point where I was trying to merge larger lists of compositions or even groups of compositions this ceased to work consistently. I don’t know what that threshold is, or if there is a pattern as I wasn’t really expecting a problem.

Doing exactly as you describe results in this: 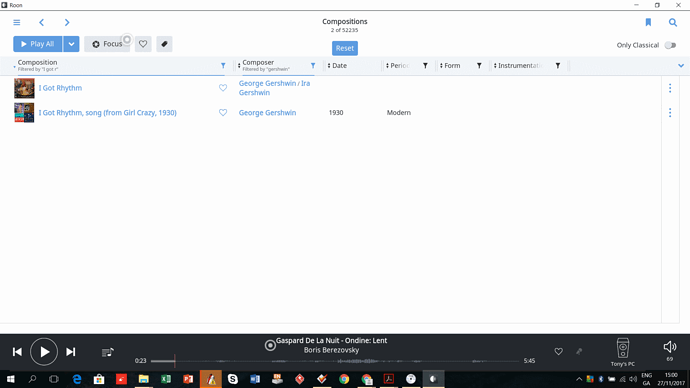 Roon will not merge the two remaining groups.

The only away I have found of getting around this is to first “pre-groom” all the involved compositions so that they are much closer in grammatical structure / spelling, even capitalization. Nine times out of 10 with my classical library this will also involve finding all the relevant catalogue numbers (e.g. WoO, BWZ, L. M. etc), as not even opus numbers are sufficient. I find this to be an extremely common problem with classical.

This obviously represents a great deal of work which I would prefer to avoid. Maybe the roon team have an insight into this? There are at least 3 issues:

1.Are there plans to improve the auto composition recognition in the initial CD identification process?
2. Can the merge function be made to work more consistently without the need for so much pre-grooming?
3. Is it possible to retain alternate work/part descriptions whilst still merging them as compositions?

Hi Tony, got it now. I actually faced the same issue as you describe with 2 remaining compositions that cannot be merged, still the main composition ends up the same when I try to force merging, they still remain separated. Composition is a functionality I love as a big classical/opera listener but that can still be greatly improved. I have posted some requests/suggestions for that on the forum.

Yes @Christophe_Lambinet, my library is also predominantly classical so I use the composition features all the time as well.

I am also coming across another related problem (maybe it’s the same?). By default roon will often auto-merge variations on the same composition differently just because the composition has been scored or transcribed for multiple soloists. For example, I don’t want to maintain three separate composition merges of Mussorgsky’s Pictures at an exhibition: 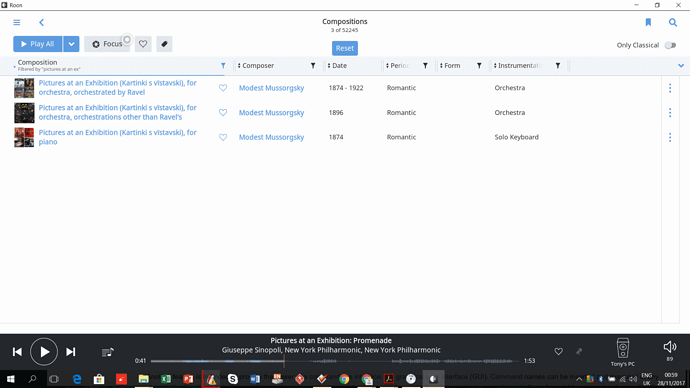 What roon is doing is it finds:

To me this is really strange as it just seems to miss the whole point of roon. It would be better to group them all under one composition heading so that when I land on screen b) I will naturally find out I have saxophone versions and non-Ravel orchestrated versions (which I didn’t know). This to me is the whole point of roon. But instead, this “discovery” is essentially hidden from me on this screen and all I find out is that I have 5 versions orchestrated by Ravel (which I already knew). 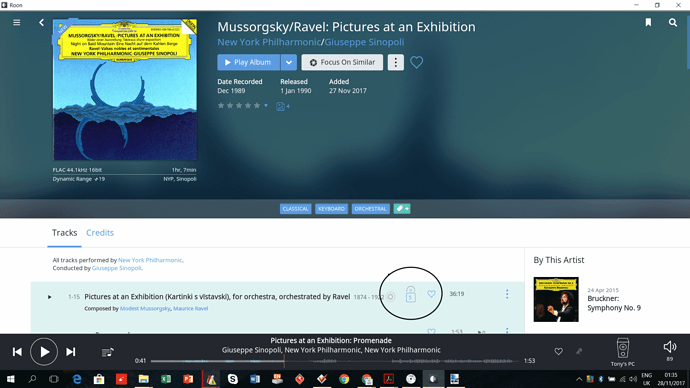 The worse thing is that in these cases it is often not possible to merge these compositions unless everything is re-tagged. This is why I rather suspect that this “designed” behavior of sub-grouping compositions is probably related to the more “unintentional” consequences with which the thread was opened.