I like to see other versions of songs and to that end I use the little icon showing whether I have local or tidal versions of the track. So to encourage this I add composer credits where I can. Usually this works and roon recognises the track as one of a number of the composition.

Infuriatingly this doesn’t always work. As a recent example I added the latest Rolling Stones BBC album, On Air. The third track is Roll Over Beethoven, composed by Chuck Berry. To put it mildly, numerous other versions exist. I added Chuck as the composer. However, after that, roon still doesn’t recognise the track as one of the composition instances and add the all important icon. Why not? What else needs to be done? I have a number of examples but this should suffice.

So today, Roon has now provided metadata, and, of course, the icons showing alternative versions are now all there!

Nevertheless, why didn’t my effort work? There must be some algorithm that roon uses to identify other versions of a track - but I haven’t cracked it.

Here’s another example from some old mp3 rips I have… 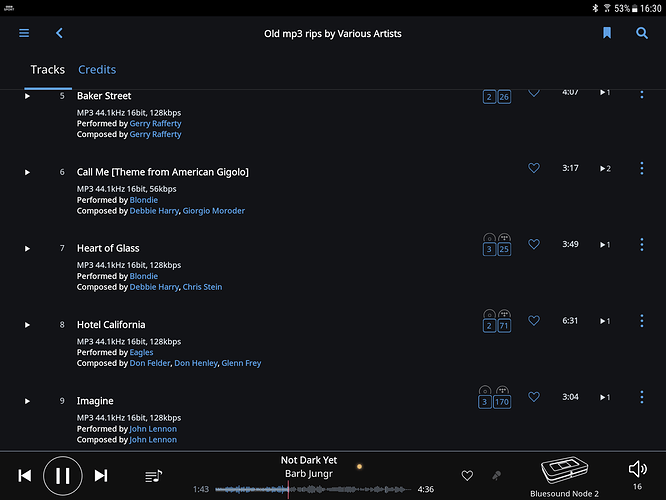 Try as I might, I can’t get Call Me by Blondie to indicate other versions.

Roon can support two compositions with the same name, but if they also have the same composer they should be merged together.

Are they named exactly the same? Same composers?

Can you see both in the Composition browser? If so, you should be able to select them both and merge.

They look the same to me… 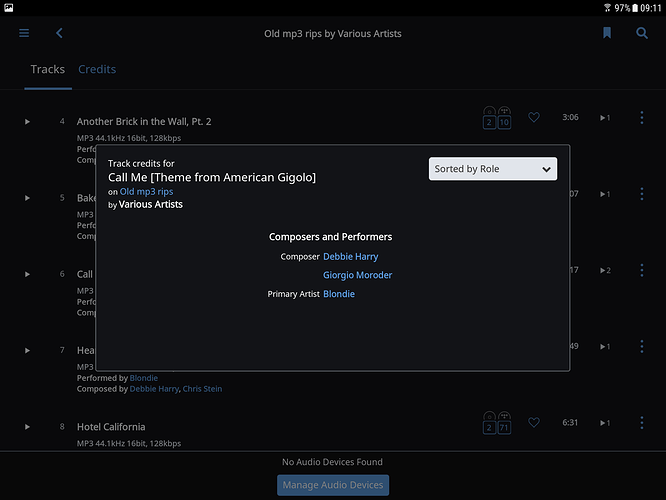 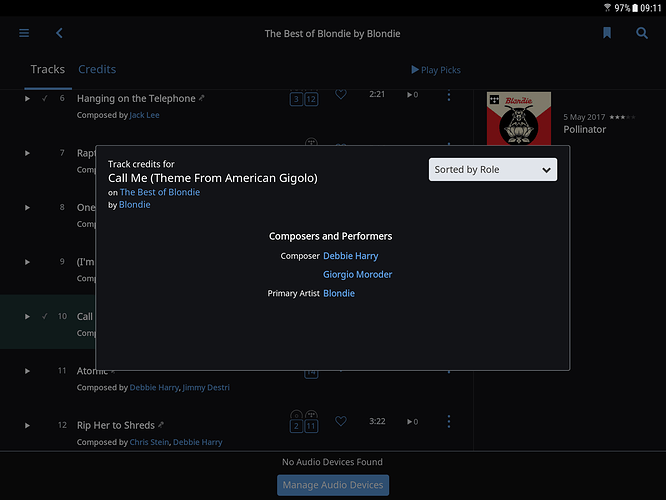 And they don’t both appear in the composition window… 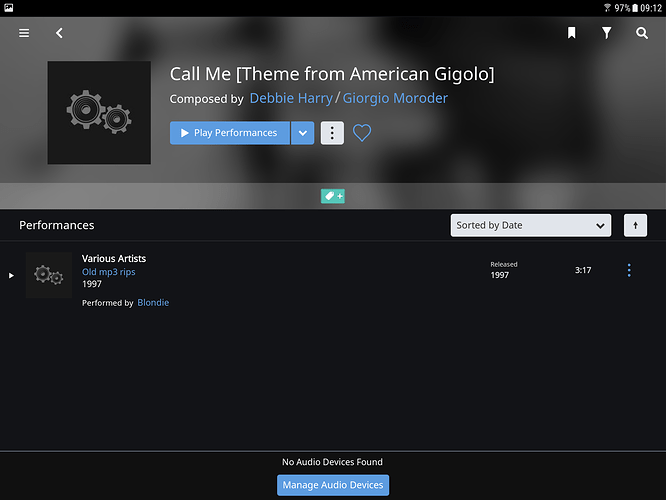 I’ve been through these steps many times successfully, don’t know why this one is different.

I revisited this problem and have now solved it. @mike had the solution all along but I didn’t believe him. Apologies Mike. The problem was when I thought about whether a merge operation would fix things, and started doing it, I was presented with this sort of thing (using a different track as an example now)… 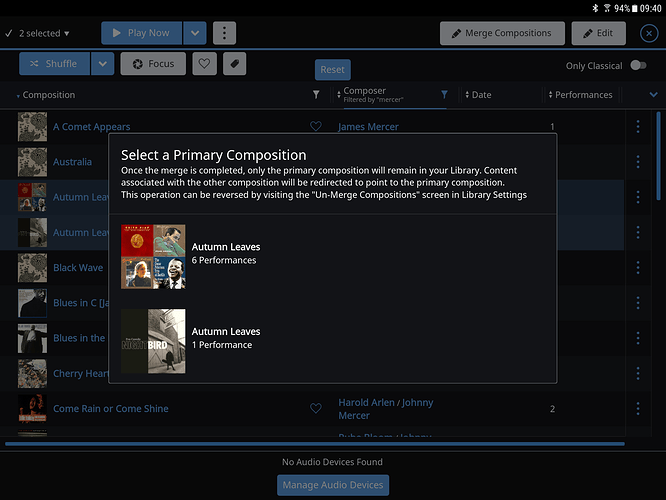 Note the phrase “once the merge is completed, only the primary composition will remain in your library” . Well i didnt want that obviously. However, last night I went ahead and tried it anyway, and it did exactly what I wanted, and, as far as I can see, all the content is still there except I now get performances linked together. To prove it, here is my composition screen for my original problem 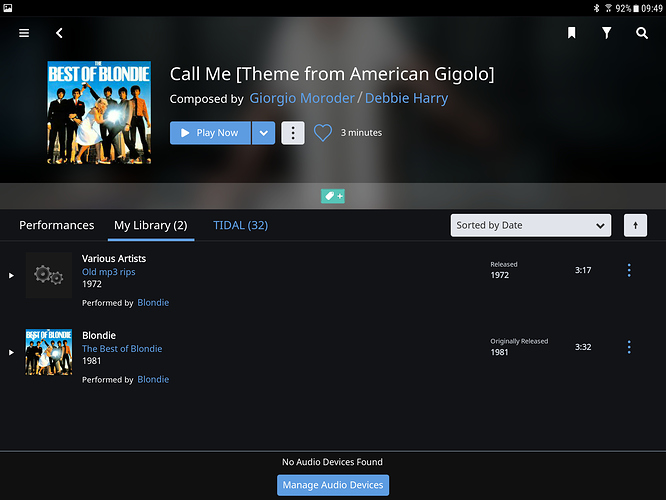 Playing audio is fine, credits are correct and distinct for each version. I obviously misunderstood the warning.

@mike think I get it now. It’s only the metadata of the compositions that are merged, not individual performance data. In my case, there usually wasn’t any metadata to worry about losing as the data were identical. (So why didn’t Roon connect them?)

When i came to do this for other unmatched co-performances (new word), I sometimes had to be careful in case one of them referenced a composition with good metadata and choose that as the primary.

Once you understand what it’s doing, it all makes sense.