I have Ropieee on a Raspberry Pi 3 with a touchscreen.
It has been working well for months but has now stopped working.
In the web interface Ropieee is always showing “Commit Changes”. When I do this and reboot it works but when I stop playing then it stops working. When I next use Roon it will play through the Raspberry Pi (which has a Justboom HAT attached) but the screen does not display anything until I commit the changes and restart Ropieee.
I have reflashed a new SD card with version 359 dated 20190909 but it shows the same behaviour.

Not sure what you mean. The web interface always has a button showing ‘commit changes’.

So what exactly has ‘stopped working’? Audio playing or touchscreen displaying?

The touchscreen displaying.
The audio continues to work (if I start playing from a different remote) but if the system has been asleep for a while then the touchscreen does not work. If I touch the screen then I get the Ropieee interface with blank artwork and the buttons do not work, if I reboot Ropieee then it will display again until it next sleeps. 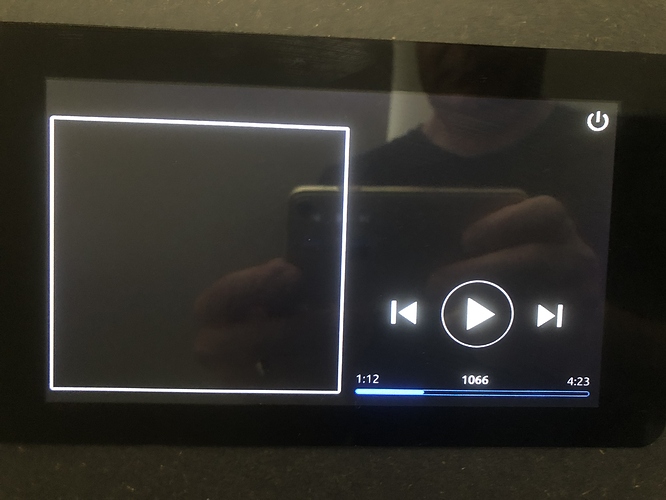 Can you restart your Roon server?

I restarted the server, I played a track, it displayed OK. I waited 10 minutes and played another track, screen did not wake up. When I touched the screen I got the same blank artwork and non-functioning buttons.

ok, can you send me feedback? It’s on the ‘advanced’ tab of the web ui.

Ok… very weird. Still investigating what’s going on, but can you at least switch to RoPieee’s more detailed screen? Press the cover art area for that.

You can see easily on which screen you are as the detailed screen does not have a circle around play/pause button.

Hi Harry,
I see that the problem only happens when I try to play a track from the remote on my tablet or the touchscreen. If I use the remote on my computer or phone then it all works as expected.
I checked for an update on the tablet, it says it has the latest version. I have restarted the tablet.