CPU usage by Roon and HQP on MacBookPro

This shows the CPU usage when using Roon with HQPlayer as my zone. I have set gthe pref. to Poly-Sinc-Xtr-Mp on parts: 1x and Nx. Chrome is open. Mail is open amnd so is Oka WiFi Speed test (tho I use ethernet and get 380mps).

As you can see my MBPro is hardly about to explode. I get about the same usage when I choose ext instead of xtr. Howe ver, we don’t use either as they do n ot sound clwear to us. We us the poly-sinc-mqa-mp in 1x and Nx setting which gives much better clarity. The CPU usage is well under 30%. Oh, I ought to say that HQP is upsampling to DSD 128. ` When I ask him to just play files as is, i.e. DSD128 files, the CPU usage drops to about 20%.

So quite what all the warnings about my MBPro not being able to handle the very heavy programs Roon and HQP were given I don’t know. I also not I am not the only who uses computers instead of servers.

The Micro Rendu has really improved the sound to the point where I am certainly happy with our sound now. I note that those with very expensive set ups, more than. my mere £15 grand set up, still require a rendu.

What I would love is a cd ripper that rips str8 to it’s own hard disc. All I can find are servers that are roon ready and HQP , and other services which I do not want. Even tho they have usb ports. It would save me a lot of hassle to do this this way instead of just using the external cd player for ripping.

I also realise I need a 2tb minimum for my music as I have turned a lot into DSD128 and will continue to do so. They sound much better and save HQP or Roon from doing it on the fly. I have started by just doing my favourite singers but will eventually do them all I am keeping the original files, and a copy of them and also 2 backups of he conversions.

Does anyone have a better idea?

What I would love is a cd ripper that rips str8 to it’s own hard disc. All I can find are servers that are roon ready and HQP , and other services which I do not want. Even tho they have usb ports. It would save me a lot of hassle to do this this way instead of just using the external cd player for ripping.

With dBPoweramp CD ripping software you can specify a target directory to rip to. Is there any reason why you can’t hang an external USB CD drive and external USB 2TB storage off your MB Pro and just tell it to rip to the external drive ?

It occurred to me that all I need is a long USB extension cable. Though as I wrote this it dawned upon me that I don’t need a really long one because I can use the MBPro I am using right now. I just need the USB cable ext to be long enough to sit on the table next to me. That way, I can listen at the same time as the MBPro with the core etc on it is across the room and will not be fussed by me recording discs whilst it plays.

I know it’s a question that is very basic but it is these sorts of things I do not know. I a USB cable, a meter long, with a USB 2-3 on end that will take the USB end that would normally go into the machine, and a USB C or Thunderbolt 3 the other end. I have no idea what search terms to use.

BTW Andy, are you the Roon guy who is looking into why those 4 files will not play?

I have no idea what search terms to use.

BTW Andy, are you the Roon guy who is looking into why those 4 files will not play?

No. I’m not Roon staff. Mods are volunteer users. Best course would be to post in the thread where you reported it.

I wrongly thought it was far to slow at ripping CDs. The cd I was trying to rip was faulty.

So I have spent all evening ripping str8 to DSD128 and putting them on the hard disc in the MBPro which had almost 900 of 1TB space.

Now a Thunderbolt 3 4tb SSD is going to be expensive. I was convinced somewhere along the line that SSD was was far more reliable than HDD. Is this so?

I have had several ext HDD fail on me and they were only used for back up, not played from. The most recent being a small WD blue 1TB and a 4tb WD in my NAS. The first to fail on me was a WD and I only bhad one back up theen. Now I have at least half a dozen. I have 3 x 1TB Thunderbolt 3 and 2 x 2 TB SSD Thunderbolt 3 drives plus a few HDD, 4 in a NAS, and two externals, an 8tb and a 6tb.

I am also a serious photographer. 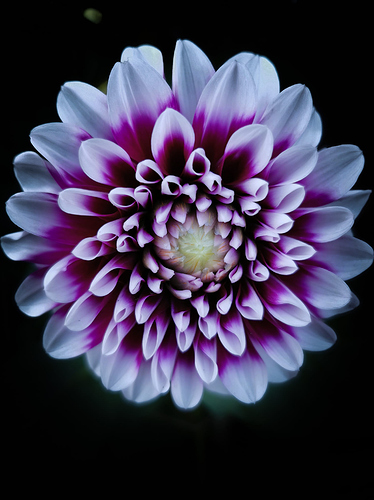 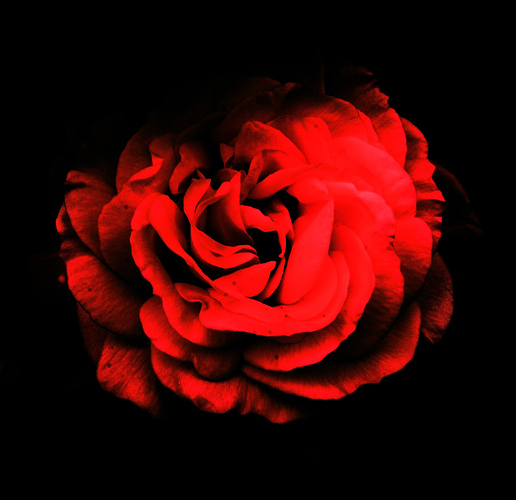 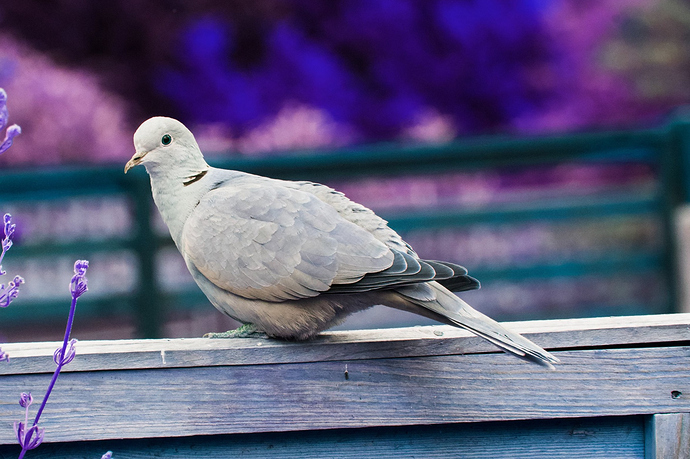 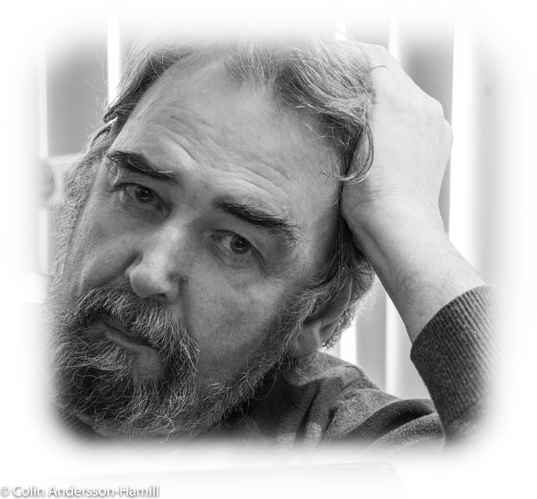 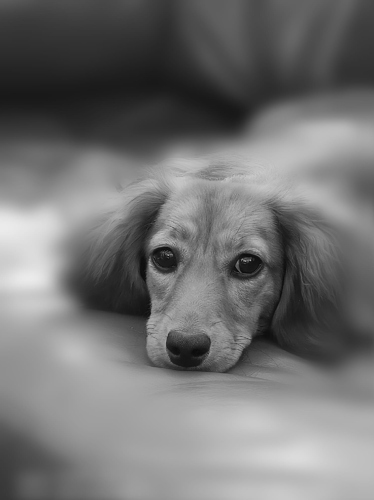 You certainly are. Great photos.

I was convinced somewhere along the line that SSD was was far more reliable than HDD. Is this so?

I believe so. In 2013 they had an average annual failure rate of 1.5% compared to HDD 5% and I understand they have improved from there.

Also, storage reliability given by manufacturers for SSDs is usually expressed in write cycles. Read cycles apparently cause so little deterioration that they are insignificant. Fortunately for us audio is an archetypal write once read many use.

I have no idea who it was or what thread it was. I think I mentioned it as an aside then a Roon mod asked me to send the files that were doing that. The last I heard was that Roon had found the same problem but I haven’t heard since.

If you click on your avatar pic and then again on the pic in the new window and then on the Activity tab you will see all your posts. Search for a related term and you should find the discussion.

You can save storage by having HQPlayer do this on playback. I’d also trust HQPlayer to do it properly as compared to dBPoweramp.

I was wondering this myself. Why would you trust HQP over dB?

an SSD is nice and fast and quiet but not needed for music unless you have money to burn…and on a USB external connection its not going to improve speed much…TB3 yeah that might help but you still don’t need it for playback…copying perhaps if you are in a hurry.

Not for any specific reason, just because of Jussi’s experience in audio DSP.

Thankyou for the compliment. Yes I know that reading hardly does anything to dics. I guess if I have my music saved to the SSDs I already have I could use an external HDD for storage and playback.

BTW I have NAS with 2 x4tb HDD and 2 x 3 TB HDD. It is connected via the same ethernet network as the MBPro and MicroRendu. I thought it would be simple to put my library on the NAS.

I couldn’t get Roon to see the MAS. I wonky assumed it would as they share the dame network.

What am I hissing?

You have to tell Roon the network address. This KB page sets out how to do it.

This post by Brian explains the problems with using a NAS as watched storage:

I hate NAS’s for music storage. I know that some people like them/need them, and we do support them, but I wouldn’t use one for Roon (or any software trying to manage 50-100k+ music files) for myself, regardless of library size. They don’t support real-time watching for file changes very well, scanning them over the network takes 10-20x (or more) as long as a local disk. Because they don’t support filesystem watching very well, you pretty much have to scan the whole folder tree periodically to …

Thank you Andy. That quote is enough to tell me to forget about the NAS.

Does it matter that external drives get hot, some very hot? Like the MicroRendu does?

I am still trying to decide if I want a 4tb external Thunderbolt SSD, a new laptop with a 4gb ssd(most expensive option unless I went for a Windows machine which then gives me an issue with HQP and no point telling me to write to HQP. I have done about 5-6 times over the last few weeks and had no response. A good part of the reason I will not go for server with HQP embedded as I have no idea of the extra costs or even how it works despite asking several times.)

The simplest, tho most expensive is the 4gb MBPro. I already know it will not have a problem handling either program on a quad i5 so an 8 core i9 is hardly likely to have a problem. I would then not be so concerned about using 4tb ext HDD’s for back up.

Why 4gb? We decided that using .dsf music files, either converted from FLAC files or recorded as DSD128 direct from disc using dBConverter, sounds better, thoi not much, than doing it via HQP. But that uses more CPU usage not much. Still 70% is idle and 82% idle if reading DSD128 files.

Being ignorant of these matters, I am thinking that maybe the less CPU I use the better as I listen to music for hours each day. Is that logical but untrue? Meaning it won’t make a difference to the life of the machine?

I have experienced again the weird problem of Roon running very high CPU usage when first opening with nothing playing. I have to restart, sometimes twice, before Roon drops right down to very low usage.

A lot of questions I know.

It copies very fast. A 550gb library in 10 minutes. I’d be loathe to go to bed leaving it to copy to a slower HDD. I have done only to come down in the morning to find something went wrong and a box was awaiting my instruction.