I am looking for new DAC for my HiFi setup, where I solely are streaming music from Tidal via Roon on a Innous. I am, btw, replacing a Musical Fidelity V-90.

I have found 3 DACs, which seems to fit the bill:

I had decided for the RME, but then suddenly I am seeing reviews, that it does not work well with Roon.

Are there experience and recommendations to get from the community?

Thanks in advance. Mi

With a budget like that, you could look at many DACs I think. Have a look at the TEAC NT-505. Both Roon (soon) and MQA compatible, with some quite interesting features and full preamp functions. There would be some good used choices around too.

I am seeing reviews, that it does not work well with Roon This is a review and detailed measurements of RME's new ADI-2 DAC. This is a spin off from their highly regarded ADC/DAC combo, the ADI-2 Pro. I have purchased the Pro for my testing but a member was kind enough to loan me the DAC only version...

Thanks for that tip. It looks very interesting.

The Teac also use the top AK DAC (which may be better?), But it is considerably more expensive.

There was a firmware update in June that addressed some of the RME USB and rate switching issues. See RME support forum for details.
https://www.forum.rme-audio.de/viewtopic.php?id=27280

Re RME: Way too technical for me. Makes me wondering if I should stick to a Roon tested DAC.

Re: TEAC. Yes, I noticed the same with the chip. Not sure how much that matters. As you say, much more expensive and I am getting more than I am asking for. I have an Innuos as streamer today.

As for that issue mentioned above…

a) It only affected Windows.
b) I “think” it may have been fixed in a firmware update (sorry I only use Mac so can’t be sure): 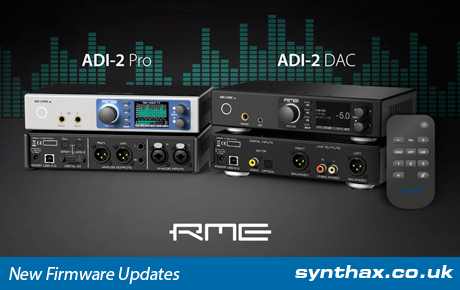 
There should be more info in the RME forum here but it seems to be offline at the moment:
https://www.forum.rme-audio.de/viewforum.php?id=21

I really like my RME ADI-2 DAC, it works perfectly with my Mac Mini running Roon. I choose to have Roon upsample everything to 352khz.

I do intend to purchase one and use it with my Innuos-server.

In my experience these things are very subjective. I once came from the idea that most DACs should sound the same, given they all have the same task at hand — to take a digital file and make it audiable. That was at least what my engineering friends would lead me to believe at the time.

I obviously do not think all DACs do or should sound the same anymore. Quite the contrary. But whatever works best for you is often a question about preference. At least when we compare newer and well engineered equipment.

When I first heard the Chord HUGO I was amazed by the price/performance. I haven’t heard Chord Qutest but I really think the HUGO2 sounds lovely. And the Qutest being developed from the HUGO2 it should be as good (and less fiddly to operate).

If possible you should listen to the DACs in your system. Sadly that’s always the best advice, but not always possible before money changes hands.

I once came from the idea that most DACs should sound the same, given they all have the same task at hand — to take a digital file and make it audiable. That was at least what my engineering friends would lead me to believe at the time.

This is a worthwhile read, more for your engineering friends than you of course, and explains why DACs (the entire box including power supply and analogue sections) can sound different.

From a well respected DAC (and amp) designer, the late Charles Hansen of Ayre:

Are there experience and recommendations to get from the community?

I’ve heard all 3 but with a different combination of gear attached, so take this all with a bag of salt of course.

And I’ve had a bunch of Chord DACs, so I can very easily recommend Qutest …but I could easily enjoy the SQ of a Pro-Ject S2 DAC + an Sbooster 5Vdc linear PSU (even better, Uptone Audio LPS-1.2) and still have plenty of change left over with your EUR1500 budget, to spend on a holiday or whatever else. Maybe a NUCi7 running Roon OS (ROCK) for the best Roon Core experience going forward?

No one has mentioned the latest Mytek DAC, Liberty (£995). Anyone have any experience of that? Three out of the five have MQA, if that is a requirement. The Qutest is the only one without a headphone amp.

I had the pleasure of auditioning three of the DACs you mentioned.

The MyTek Liberty, Chord Qutest and the Project S2 DAC.
I also have an Innuos as my source along with an Exposure amp and some Piega speakers.

IMHO, for the price tag, the Project performed admirably and sounded very good indeed. And has a nice clear display, and a remote control too - something to bear in-mind as the others don’t. However, I found it just lacked a bit of authority that the other two had. In the end, I went for the Chord Qutest over the Liberty as I preferred the overall musical sound it produced. However, there wasn’t much between the two, especially after they had both run in.

I’d suggest trying to audition the DACs that you shortlist, and where possible, in your home setup. Then let your ears decide.

This is just from my personal opinion formed from my experiences.

On the subject of the TEAC, I was disappointed to see that MQA firmware update has to be downloaded on a computer and then installed separately, rather than an automatic network update. I don’t like messing about with that. I’m presuming that a forthcoming update to Roon Ready firmware would require the same.

They may prefer not to entrust that to the internet direct.

I was disappointed to see that MQA firmware update has to be downloaded on a computer and then installed separately, rather than an automatic network update.

It could be worse, much much worse. At the end of last year I bought a Nad 368 amp with BluOS module installed. The perfect Roon-Ready amp, or so I thought… The amp itself has three separate sets of software; one for the amp, one for the display and one for the Bluetooth module. Each of these has to be installed individually, by downloading the software onto a USB stick, inserting it into a specific socket on the amp, and rebooting with a specific button press sequence on the front panel. The BluOS module looks after its own software updates via ethernet. These happen automatically and you just get told to reboot the amp as and when it does it (no choice). Just to make this whole palaver even more ridiculous, the Bluetooth software in the amp cannot be updated without physically removing the BluOS module from the back of the amp; yes really!

Just to finish, in reference to Henry’s point about not trusting the internet, it was the BluOS software update that broke the amp! Due to complete lack of integration testing between BluOS and the NAD amplifier, the latest BluOS update caused a regular ‘freeze’ of the amp on start up. As this happened virtually every other time I switched the amp on out of Standby, it went back for a refund. NAD support said they were working on a fix (and I think this was released in March).

Back on topic, I bought a new DAC today, to be delivered Wednesday, one of those mentioned in the thread title. Will report back when it is up and running later in the week.

So I have actually purchased the RME Adi-2 DAC. Just landed and have been set up. So far it is very enjoyable and definitely better than my V-Dac 90 from Musical Fidelity. Have not yet figured out to do all the tricks, but that will come.

I am interested in the RME too. Can you tell a bit more about your experience of it?

Well, probably not much to tell in the sense that I have not played around with it. Just plugged it in and started using in. It works well and I am happy and satisfied with the sound.

It is for sure better than the predecessor.

I have made some small attempts with the settings in Roon, but did not find any difference.

Sorry, not much help