Why is it that Roon has such problems with boxsets ? If I have a DavidBowie/Who Can I Be Now ? (1974-1976) folder with 12CDs (sub-folders even ) by title , track numbered 1-104 , it gets nowhere close and adds each album individually ! Rearrange the albums tracks 1-x and it prompts for duplicates .

If I have a DavidBowie/Who Can I Be Now ? (1974-1976) folder with 12CDs (sub-folders even ) by title , track numbered 1-104 , it gets nowhere close and adds each album individually ! Rearrange the albums tracks 1-x and it prompts for duplicates .

Hi @Moonloop. I’m sorry to hear that you are having difficulties. The problem here is that your folder structure and/or track filenames and/or file tag metadata are conflicting.

Without seeing the exact folder layout, filenames, and tag information, it is hard for me to diagnose exactly what is happening; however, I suspect that your album title tags are the same (which is probably why you are getting duplicates when track numbers are the same), and that you may not have disc numbers in your file tags.

What you need to make this work are:

Please give it a try and let me know if this works.

This article is an introduction about box set identification. I hope that you find it useful.

Thanks for that Joel , I’ll be back on the case during the week. I just wish it was more intuitive ( i.e.easy). The individual discs are recognised but the relationship between them isn’t . At different times I’ve used dbPoweramp , Metadatics , Yate and everything has looked fine until added.

Back to the drawing board

Did you try adding a disc number to each track number

Ill certainly give that a go , thanks. On older compilations (eg. On the Road 36 track / 2 discer ) each track appears in Roon as an individual album . Maybe the tagging wasn’t brilliant back in the day , but I don’t think it was that bad !

Right , its time to bite the bullet I think . I need to start over with my Roon Library as Ive become increasingly frustrated by my lack of understanding of what exactly Roon requires from tags particularly with regard to Box Sets / Compilations 9 see attached ). For example , in a folder John Lennon >Signature Box>Each Album Roon created an album Signature Box with 2 tracks from ‘Mind Games’ and separated out the other albums from the source folder while discarding the rest of Mind Games ???

Has anyone any reading suggestions on where to start as in 1) do this ; 2) do that 3) Do the other ? Among the programs Ive tried are dbpoweramp (Mac and Windows) , XLD , Yate , Metadatics . Ive also loaded some of the problem albums into Logitech Squeezeserver , iTunes and Sooloos , Vox and JRiver . All were recognised and worked flawlessly , no errors , no dropped tracks . Samples below of a Track becoming an Album and a 9-disc Pink Floyd ‘Shine On’ set with only 4 discs !!

I signed up to Roon for the longer term , so I would appreciate any ‘Ground Zero’ starting tips to help minimise future errors . Its a pity there are no (down)loadable templates for tagging problematical sets for Roon that could be loaded into dbPoweramp or Yate for example . If Roon is going to be so choosy regarding tags it seems inevitable that it will need to become its own tagger or join forces with some other programs , I know Yate have been in touch . 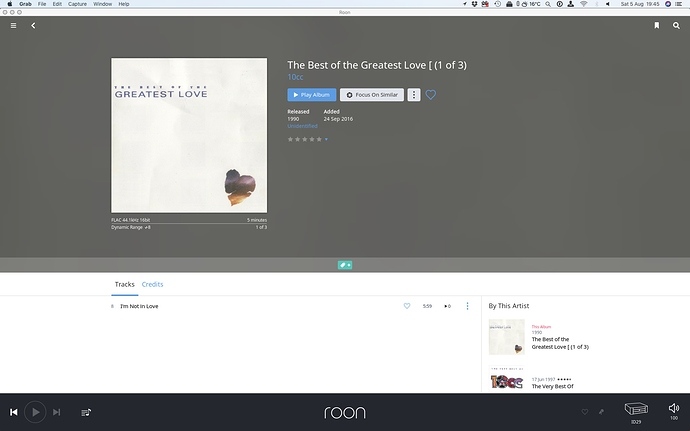 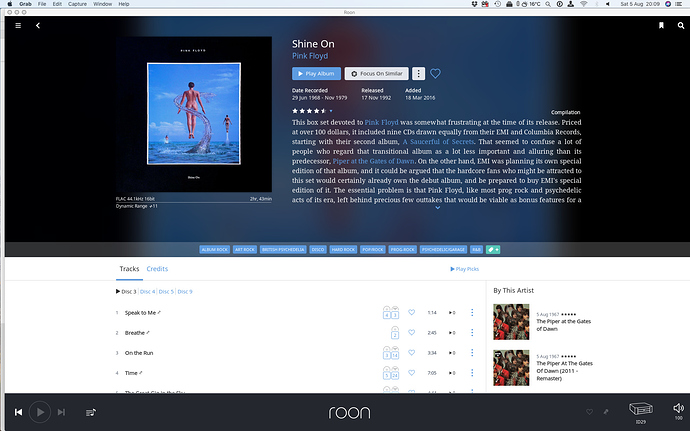 @Moonloop For the 10cc album, do all of the tracks have the album title tag:

Hi Joel ,
It’s just a 10cc track on ‘The Greatest Love’ 3-disc compilation . I do recall some of these older sets used album/track/artist in the tag so may need to be redone. Its the selection of fields which will make Roon happiest that Im after . Maybe I should just move the whole collection to acwatched folder ??

Sure, but it looks to me like you have a bad tag for that track which is confusing Roon.

Maybe I should just move the whole collection to a watched folder ??

Not sure I understand. Watched folders are all we have these days.

i understood watched folders meant Roon would leave it alone . what I would like is for Roon not to remove 2 tracks from John Lennon/Mind Games album and create an unidentified 2-track album on its own. If I tagged them incorrectly wouldnt all tracks be wrong ?

just realised a new seperate problem too. Both my blurays from Pink Floyd Immersion boxsets have failed and will not read and I hadnt got round to backing up !

Roon doesn’t do anything to your filesystem. What it is doing is trying to make head or tail of the tracks that you do have, taking into account the possibilities of missing track tags, duplicate tracks in the same directories, tracks spread over different directories, etc. We see it all.

When Roon splits albums like you are seeing, there is normally a good reason, so please double-check your tags. It can be as “hidden” as one or more tracks having an imperceptible difference in critical tags vs. the rest of the tracks in the album (e.g. a trailing space or a different quotation mark); that sometimes happens during editing. Or something not quite right with the disc and/or track numbers (both in tags and in the filenames).

Point taken. It does seem quite unlikely to me , however , that so many tags off so many albums are incorrect. That said , a lot of early collections had misspellings eg.Ultrvox and no given artist so I am going to pull all of them out and start a recheck . As for John Lennon Signature Box I will just add the individual albums till a more straightforward Box Set solution appears. Ditto David Bowie. 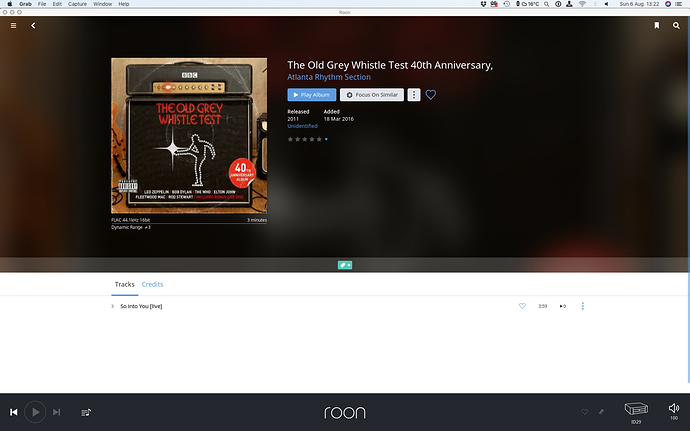 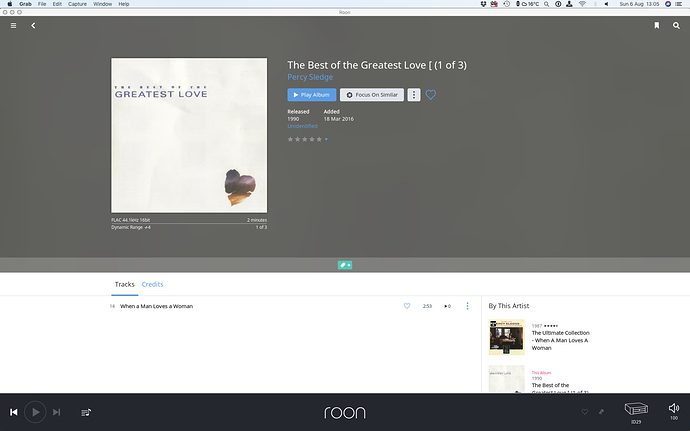 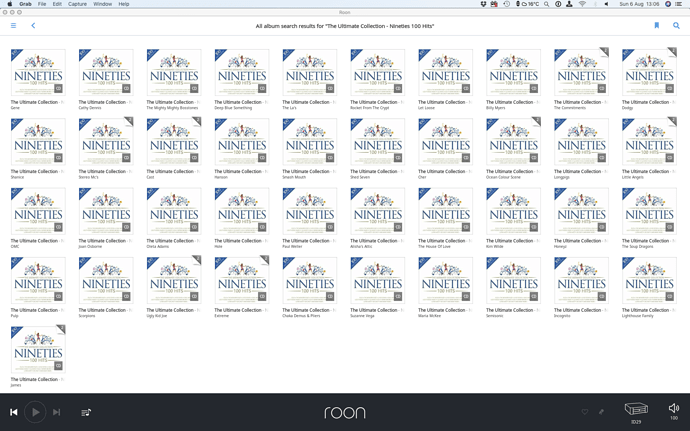