Hi All. New owner of a dCS Bartok here!

While I’m absolutely in love with this device, which I’m currently using with the Mosaic App, I’d love to be able to use it with Roon in order to fully enojoy the various sources with metadata, etc.

Any recommendations for a good setup? What type of Roon Core would you recommend?

I want to use the Roon Core as a “transport” only with all streaming and decoding done by the Bartok. Can I do that?

I would recommend using the network connection. Use a cat5 or cat6 cable to the router, not a cat7 as that one connects the grounds.

As for cores, I have yet to hear a sound difference between cores - when playing over the network. Define your price point and you’re done.

As for your question about “transport”, yes connecting over the network will effectively do what you want. Just make sure no DSP is applied in Roon. If you’re connecting to the Roon core machine over USB, then the one catch is you would need to do MQA unfolding in Roon, with the Bartok rendering that stream.

Hi, welcome to the forum. In the setup you describe the Barton is the endpoint. i.e. a destination for Roon from the core you choose. All command and control would be via Roon and its apps. The simplest setup would be Roon on a dedicated machine such as Roon’s own Nucleus, connected to your network. Control via the Roon app on an iPad via WiFi. Your Bartok should be network connected. That should give you an outstanding experience with Roon.

So I’ve pulled the trigger on a Nucleus. What size and type of SSd would you recommend? I currently have approx. 1T of music files. I listen music from various sources, including streaming services and CDs. Is it easy to install? Thanks. F.

I’d recommend a 2TB drive, about $200. The next size up is 4TB which is about $500. It is trivial to install, though I have no experience with setting up a Nucleus, so take my comments with a grain of salt.

2TB is fine, it will take time to fill and if you ever do the next size up will be cheaper than they are now.

I have to say I found the NUC sounded a better - it’s a while back now so don’t ask me in what way. Definitely worth doing for me though. Although having said that I had to move as the Mac had run out of steam with the latest Roon update - don’t think that was what caused the better SQ but you never know.

Was your connection over USB or network?

If network was the network connectivity (cables, router, switches) the same in both cases?

But I am having trouble understanding why playback over network would sound different between the mini and NUC, the reason being that there are so many more steps (cables, switches, etc) to send over the network that the subtleties of electrical noise (which makes USB vary in performance) would affect the network packets.

Network in both cases. Same config.

My mac mini (2012/i7quad/ssd/16gb ram) is also using a linear power supply (Uptone with fan isolation board). I might consider moving the core authorization to my mac pro to check whether I hear a difference.

My assumption was that ROCK being stripped down means that it impacts SQ less than OSX. But it was only an assumption.

Understood… But there’s a scientific explanation for such. I can find a few with USB, not with networking.

In the USB case, it can be error rate (there’s no way to tell the sender to resend in async audio, but there is a way to tell it to stop sending). So there’s no error correction. Electrical noise from source to DAC and/or imperfect transmission, are the causes. In networking, there is error checking and packet resending, plus if set up properly it should be galvanically isolated (people oftentimes make the mistake of using cat7 cable which connects the ground - no more pure differential connection)

So there are plenty of issues possible, but done right I would expect all methods over network to sound the same. I could be wrong for some other reason I am not aware of, of course.

Do you think one of the improvements was flow? I have just been playing with my old cd player again and the ease and flow it brings compared to my 2015 MacBook Pro / dCS Network Bridge/ Totaldac is quite surprising! Optical into the dac seems to retain it and Tidal in Mosaic and usb files in Mosaic are definitely an improvement over Roon. Roon presentation is a little more tense in comparison. I remember Michael Lavorgna saying he heard a difference going from a MacBook to a Sonictransporter, so I am tempted, to see if that closes the gap to CD.

I know you asked @Phil_Wright and I hope he answers, but I will chip in because I have direct experience right now on this.

I have a Cambridge CXC transport going to a dCS Rossini over coax. There is an ease, a flow, a propulsion to the sound that is slightly better than the rip from the same CD played over Roon/RAAT to the Rossini.

Miguel - hello again, how are things?

That’s interesting re the Cambridge CXC transport - that a fairly low cost transport can play in your (elevated) system. Michael Lavorgna has one in for review at the moment. He uses a TotalDac, I’ll be interested to see how he finds it as I want a transport but was thinking I’d need to go to something like the top-level Project one (£2200) to replicate what I heard (and miss) from the Gold Note CD player I looked at a while back.

Oliver - to be honest I can’t remember if flow was one of the things that the NUC brought. Quite possibly. Overall it was a noticeable improvement though. Although as I said, even with NUC in play the Gold Note CD player was better than any version of streaming I could muster (Roon or others). Why not buy a used NUC like I did - low cost and you can always sell on with minimal haircut if it’s not for you.

The CXC I am using has undergone some mods: 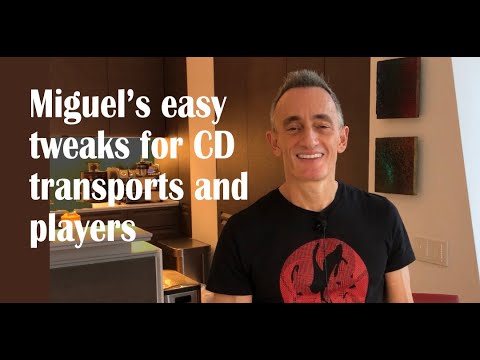 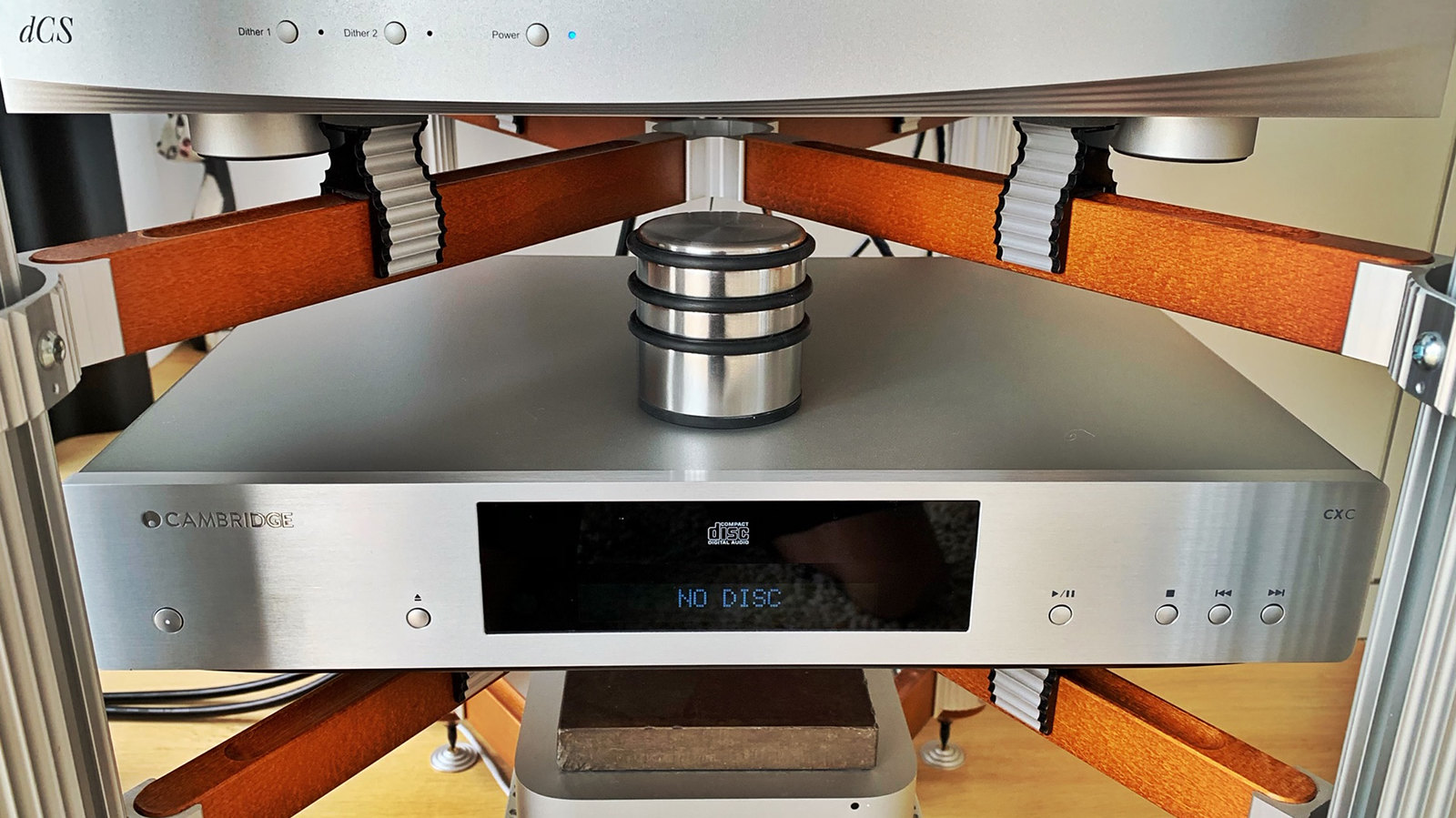 I definitely find the pace, rythm and timing to be better than RAAT.

was thinking I’d need to go to something like the top-level Project one (£2200) to replicate what I heard (and miss) from the Gold Note CD player I looked at a while back.

For that kind of money I would consider either a Jay’s Audio CDT2:

The latter has clock inputs and since I run a Rossini with Rossini master clock, the TL3N would be my choice.

I got the CXC partly for fun (opening it up and modifying it), benchmarking against Roon, and to see if I really got into CD playback again. If I really start digging CD playback (which I have lately), I would probably get a Rossini transport which would allow me to play SACDs (I have about 100 of those).

Fair comment on the clock side of things, also the need for SACD if you have them (I have 3!). For CD duties don’t write the Pro-ject off though, its spec is very impressive. Including a CD-Pro8 transport from StreamUnlimited, who dCS use for some of their machines as well. And i2s, although I don’t know what the pin layout is (oh for a standard)

I’d like to explore CD sound quality a bit more given my Gold Note experience. More importantly I have around 1,000 CDs yet to listen to (and not ripped). When my guard is down - wine, what wine - i hit eBay and buy in bulk. I’ve had to hide the eBay app on my phone to make it more difficult to find

That is interesting to hear that a modest transport is still bringing benefits. I was thinking I might need to get something from the golden era - a Meridian 200, a Teac VRDS - or something like an Audio Note. I think the Rega transport is pretty good as welll. Definitely something Rebook dedicated, without a bunch a of processing in between reading and output.

I hadn’t thought about second hand for a NUC, despite all my hifi being second hand! Would be a good way to test the waters.