Which One Is Roon 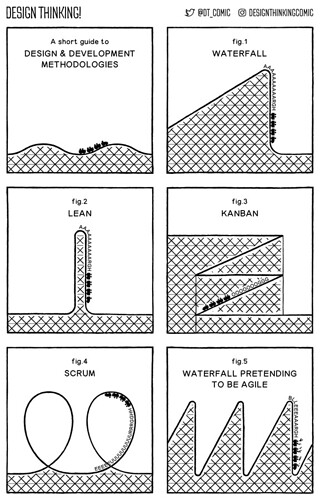 About 3 decades ago the software industry seemed to move away from using project managers that progressed from backgrounds in ACTUAL SOFTWARE DEVELOPMENT to project managers that had no practical software development experience. This was in part due to the tremendous skill demand resulting from the DOT COM boom.

Since then we’ve been ploughing through generations of methodologies, expecting one of them to fix a fundamental problem that a methodology cannot really solve.

Computers have got faster. Programming languages have become more sophisticated … but the industry has too many clueless people involved in the game. Five decades ago we called it “computer science”, I don’t know how to describe it today ;(

You’re right though in my last major project we had a project manager who was just that, absolutely no coding experience

The fundamental difference between 1971 and 2021 is its all consumer facing now and most of that is non-critical.

If social media, music/video streaming services, gaming platforms etc all went down for an extended time, the world would keep rolling.

If the Oracle database engine (or some other core tech) somehow got a silent corruption bug that wasnt detected then business around the world would suffer because they would be unrecoverable.

Thus the difference between 1971 and 2021 (and related dev methods) for non-critical/consumer facing software is “time to market” cause that dictates whether you become a billionaire or not.

The end user becomes the beta tester because its saves time and money (such as MSoft disbanding their QA team). And lets ignore security… havent got time/money for that.

The TRUE geniuses of our industry, especially those from the 1960’s/1970’s that laid the foundations for all the tech bros to leverage, didnt develop their stuff cause they had $$$$ in mind. While Grace Hopper, Ken Thompson, Dennis Ritchie, Robert Kahn etc will have all done ok finanically, its nothing compared to todays crowd.

Take the prevalence of ripping of some code from GitHub and plonking that into production code or even worse linking to it externally, blindly, during the build process. Why… cause devs are too lazy to think their way through a problem.

No need to think about the full “end to end” stack when we can have “sprints” to get out an MVP (minimum viable product) and just bastardize existing MVP code cause we missed some fundamental requirement.

Anways… enough of an old man yelling at the clouds… just glad I got out when I did.

When I left, we were trying to extend a SAP implementation, financial, sales and distribution stuff was good but they didn’t have a clue about production control software. They hadn’t heard of beer (in process product)loss until I had to explain it to them

Speaking of in process product loss reminds me of my grandfather who worked in a brewery. Unfortunately he fell into a vat of beer and drowned. It was a terrible slow death, had to get out twice to go to the loo.

Best laugh I’ve had in 6 months … thank you!

Sadly in one brewery I worked in exactly that happened , on open tank, the guy was overcome by CO2 and fell in . He was found the following morning. I assume he didn’t get out for a pee

Ah. Sorry to stir up those memories. Real industrial accidents are no joke.

and the general public really seems to love watching all that crap!

A bit like the cow that feeds itself in the pasture so we can take its milk. God forbid the corporates see the masses as cattle

About 3 decades ago the software industry seemed to move away from using project managers that progressed from backgrounds in ACTUAL SOFTWARE DEVELOPMENT to project managers that had no practical software development experience. This was in part due to the tremendous skill demand resulting from the DOT COM boom.

Not sure i agree with this completely. Project Management is a set of skills for organizing, tracking, and yes leading. Knowing what tools and methods work for a given project. Coders should progress to add in architecture, testing, code design, but not necessarily become project managers. I agree with your point to the extent that PM have to understand the context of the thing they are building.

What agile did good at was clearly defining the Product Owner and their role in the ongoing project (vs. an often hands off sponsor in the old ways).

I think what Roon is trying to do here is quite challenging — a front end for both easy access and deep diving, bit perfect sound delivery, integration with a set of audio gear companies that may or may not want to play along, integration with one or more streaming services, wrangling poor quality and/or customer generated meta data, and a demanding and very smart customer base.

From what I see, Roon uses development cycles (sprints) where they are working both an major initiatives and minor changes simultaneously and managing a complex backlog where pretty much no one is completely happy.

Methodologies are only as good as the people that are using them. Agile requires a higher discipline and a level up in responsibility which is rarely infused in the teams and degrades into chaos. I got good results with real XP … but “management” considered it a crazy waste of people. Go figure.

Sorry if I sound old and grumpy on this but the vast majority of software development projects these days have more in common with waiting for a genetic mutation to successfully pass a test than actual computer science. Delving into John Holland’s work is an interesting distraction BTW

I’ve been coding since the days when you’d write your own sort programs and hand your “pencil on coding sheet” code off to the keypunch department and wait for the compile that’d run overnight … through to today when you spend far more time debugging other peoples’ shoddy libraries rather than writing your own code.