I’ve been looking in vain for Joni Mitchell’s album Hejira in her discography, only to realise it’s not shown when the list is sorted in ‘release date’ order.

The album has a recording and original date of 1976, so as it’s in my library and says clearly those dates yet still doesn’t appear in the discography I thought maybe it was the last issue release date causing problems, so I’ve change all dates to 1976 and nope the album still does not show up between the Hissing of Summer Lawns and Don Juan like it should? I’ve noticed this recently a few times with other artists and albums… has something changed and messed up sorting? 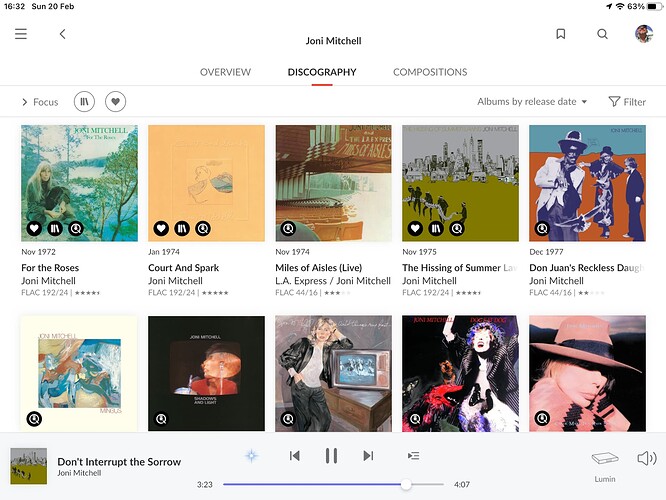 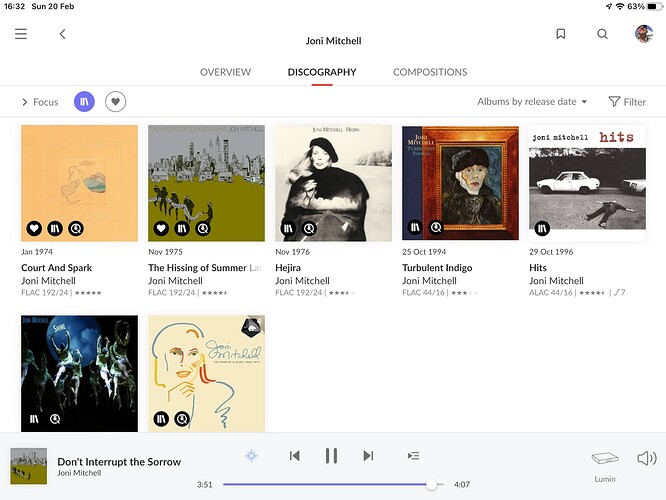 filter on? Take that off? Hejira isn’t

Hi - no haven’t got the heart icon selected, but if I scroll down to the 2000’s there it is, proudly displaying 1976 as the release date yet appearing sometime after 2012!? Like I say I’ve noticed this before but only recently, editing the album (it’s in my library) all dates show 1976, there is no other date in the tracks or the album… wonder if @support would like to comment? 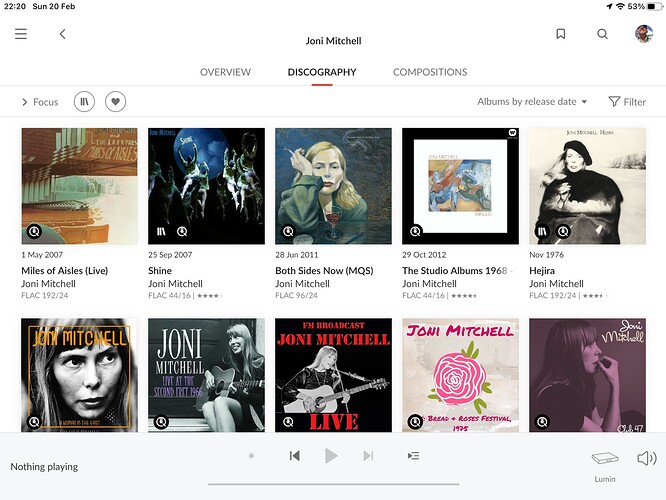 Like @ged_hickman1 I’m seeing Hejira nestled in its expected place in 1976. Maybe try restarting your Core as a test. 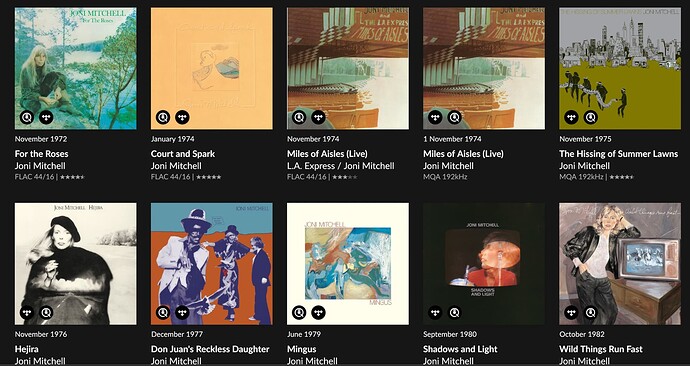 @jamie and @ged_hickman1 both seem to have Tidal alongside Qobuz while @Tim_Woodward seems to have Qobuz only - so possibly an issue with Qobuz metadata (that gets overruled when other sources are available)?

Disabled tidal and still in order. I do have the physical files though not just the streaming versions.

I do have the physical files though not just the streaming versions.

@Tim_Woodward too I think, so issue might also stem from file metadata (differences)?

If @Tim_Woodward also has a local copy and that copy is set as Primary Version, that could be the cause here.

So the confusion probably has something to do with release dates of different formats. I have no local content as I am remote. Only Qobuz content but Hejira date orders as expected: 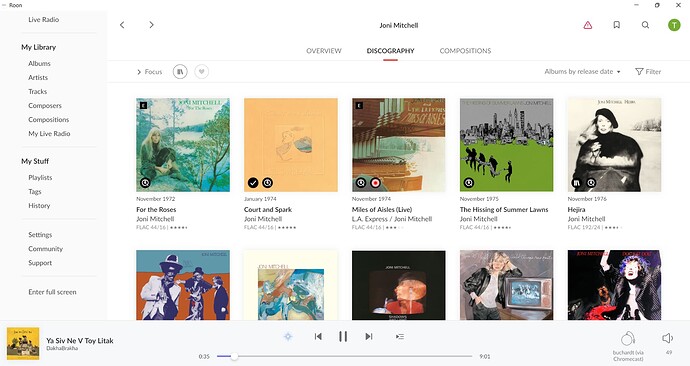 Thanks everyone for being so helpful, sadly Joni’s albums are now all in the correct order so we will never know why Hejira moved for a day and a night! No Rock reset required maybe it was storm Eunice blew it off course? Note to self… next time wait a few days before notifying anyone of anything!

I have Qobuz & local files, in both cases (individually & combined) Hejira is shown correctly in date order. End of thread just read