Discography isn’t new and you can set how you want it sorted including by release date.

The way the discography shows up now is new. The Settings → General → Album dates for sorting is set to Original Release Date. This setting is not being applied in general. Your expert suggestion sir?

I’m no expert but was trying to help. That setting applies to the main menu items I believe.
Discography has its own sort. 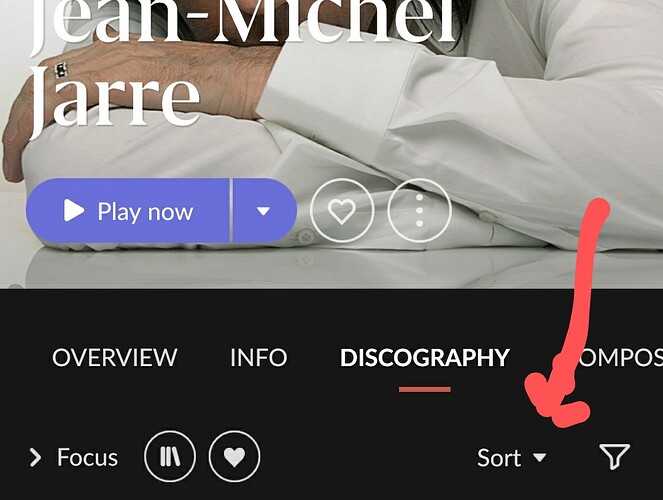 Thanks for the updates, you are correct, there it is a discography sort. Got it now!

OK now, same is true for my library, separate sort; now that mystery is also solved; newbies what are you gonna do?

So, help me out a bit more please sir, when does the Settings → General → Album ‘dates for sorting’ get applied?

I “think” just in the Albums view. It certainly applies there but not sure if that extends elsewhere.

Thanks Again ged_hickman1 mucho appreciato for reaching out on the sorting!

I have found roon has answered most of all my technology needs with regards to digital music.

I am a lifetime member now and look forward to the endless journey of discovering… :o)

I certainly think the newest version is great for that, packed with discovery areas.

It’s probably due to different native languages but it’s nice to see a thread that looked like it was heading for a fist fight to end up down the pub having drinks together.

Hi everybody, I need some help with what’s described on the title.
I’ve edited all the Date and Original Date of my files with MP3tag, but I can’t seem to get the albums sorted by the original release date 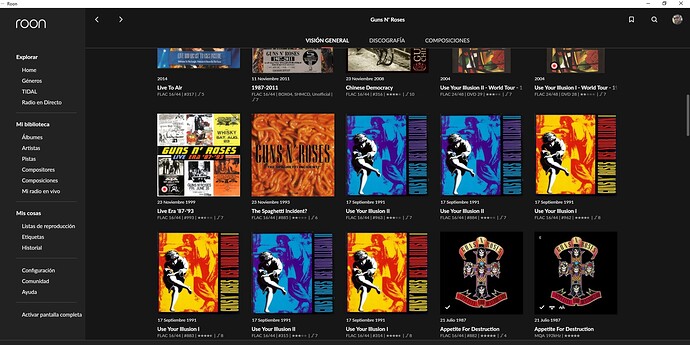 On the image you can see that there’s a Use Your Illusion II that stays between the I’s. It’s the same date, of course, but the increment on the title shoud do what it does on the other two copies, right? The I’ before the II’s. It’s not.
And if you look on the upper right corner you can see the Live albums, released in 1992-12-08, of which I own copies released in 2004, but it keeps sorting them as 2004 instead of the original release.

On the settings tab I set it to Original Release Date.

What am I missing here?

Hi Gustavo, I don’t think you missing anything, I just looked at a Phish discography sorted by Release Date and it put a 1990 Lawnboy release after a 2011 release. Just a programming issue most likely in the Album view.

Thanks @William_Tomlinson I also found that despite adding the dates to my files, and telling Roon to pick the dates from the files AND changing the dates on Roon, it will still show a different date, so I think release dates are broken.
Maybe @dylan or @noris could help with some input here?