I have a full Roon running an my Win10 PC whose Hdmi output goes into an Oppo and then to a screen and a preamp.
I find it easy to use my IPad to connect to that Roon core and select music to be played which is then streamed via the said HDMI port. Now, while the audio follows my IPad interacting with the core, the display does not and is stuck which whatever the last PC interaction left over. Is there a way, that the screen would show the PC’s Roon core music as selected by the IPad. Sure, I could do, and have done, VNC via my IPad, but that is too clumsy.

I don’t think you can get the screen when using HDMI. I don’t understand it, but I think that’s the way it works. I use HDMI from Nucleus to Oppo 203.

Hello, @Jim_F is correct that the HDMI output from Roon does not include video. I have a NUC/Rock HDMI connection to the 205 and all I get is the boot screen info. Video over the HDMI connection is on my wish list. Maybe some day.

Which OPPO player do you have? Both the 203 and 205 are Roon Ready players via Ethernet and you do get the video with that.

Hi guys @Joachim_Strobel is not running ROCK or a Nucleus he is running the full Roon Core (with GUI) on a PC … (presumably running Windows).

The HDMI output of that PC is displaying Roon’s GUI.

@Joachim_Strobel,
I hope this answers your question …

Is there a way, that the screen would show the PC’s Roon core music as selected by the iPad.

The iPad Roon Remote’s display and the Roon Core’s display are independent they can’t be synced. However, if the same zone is selected and the Core’s GUI switched to and left on the Now Playing screen, it would reflect the music that has been selected by the remote.

Thanks. Excuse my stupidity - how do I get the now playing screen? Is that the Asio’s Audio out Display that I am using?

These screen shot are from an iPad but you should do this on your Roon Core. 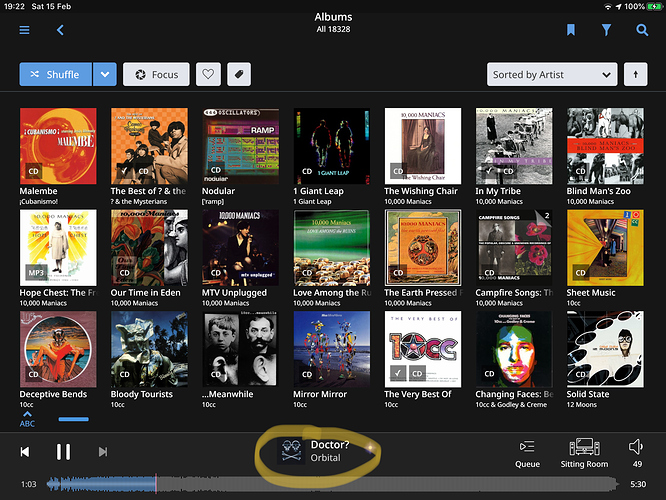 To display the Now Playing Screen… 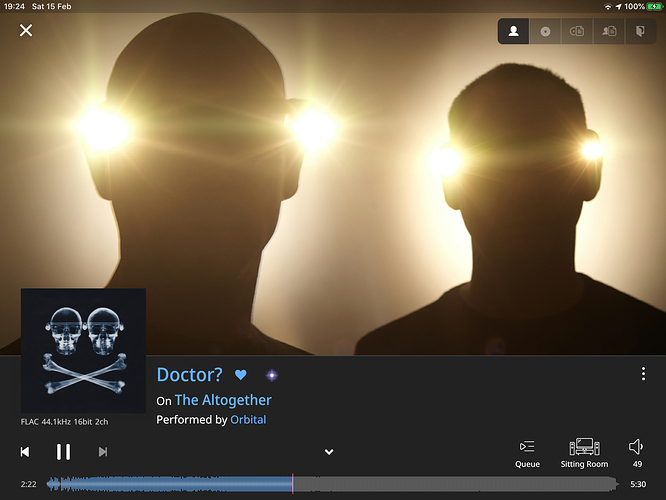 When the tracks change so does this screen… 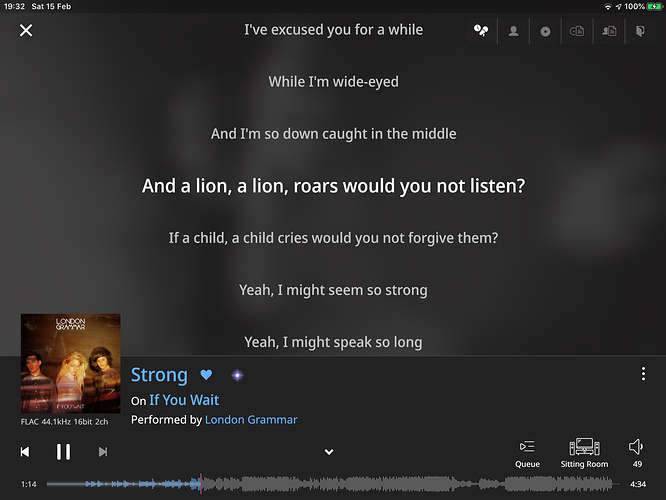