I thought it would be fun to build a Roon CD Player/Ripper based on an old DVD-ROM drive, a Raspberry Pi and some Roon extensions, so that is what I did

I used my Marantz CD17 CD player, that was in a cupboard for years and no longer working, as a donor. First step was to remove the optical drive and replace it with a DVD-ROM drive that was laying around in that same cupboard. This is an 1999 vintage IDE drive, so I ordered an IDE to USB converter and a 5V/12V power supply and mounted that all in the CD player casing. Nice thing is that I was able to place the front of the original drawer on the drawer of the DVD-ROM drive to keep the looks.

The top cover of the DVD-ROM drive had to be removed to make it fit and I reused that to mount the raspberry Pi and its power supply in the casing. The power switch from the donor CD player is moved to the back, as the original location of the power switch is now blocked by the DVD-ROM drive, and the fixed power cord is replaced by a connector. I also finally had a purpose for that nice Neutrik ethernet connector that I ordered years ago, by placing it in the back and connected it to the Pi.

DietPi is running on the Pi with the Extension Manager and Docker installed. This then allows for the installation of the CD Player and CD Ripper extension, providing the software part of the project.

If you are a DIY’er yourself and want to build your own Roon CD Player/Ripper, please do so and show your results in this thread! Would be nice to share some ideas.

Here are a few pictures of what I achieved till now: 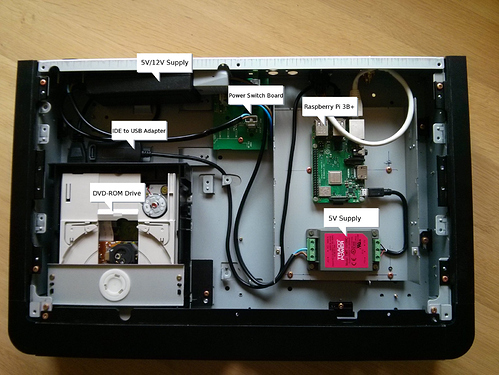 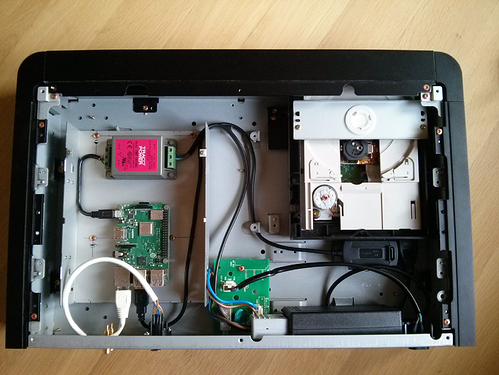 This is really neat, something I might like to try. Need to check out the CD Ripper extension, very cool!

A detailed description on the software installation and setup of this project can be found on the DIY Projects page of the Extension Manager Wiki.

How about adding transport controls via Device Control extension? I already have Logitech Harmony controlling Roon via another extension. Can you capture transport control actions from Roon and send them to the disc player?

Comparing an EAC rip of the same CD, I prefer the SQ of the file over the direct CD. Of course EAC has the advantage of correcting any read errors whereas the drive has to move on as it were. 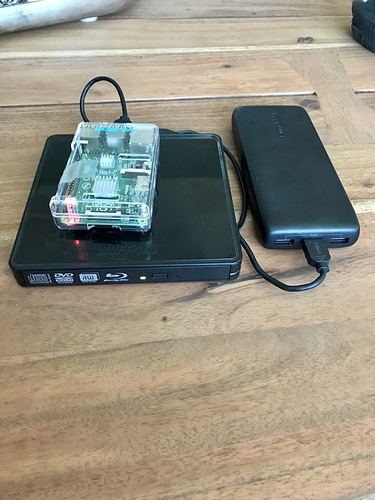 Can you capture transport control actions from Roon and send them to the disc player?

Yeah, why isn’t that in? Haven’t thought about it!

I cannot think of a reason why it would not be possible to spin up the disk if the stream or playback is started and stop it when playback is stopped, all via the Roon controls. I will look into this, thanks for the suggestion.

Hi,
have you find any way to control it by external physical buttons?

No, I never picked up that part of the project.