Does this mean I won't be able to get Planet Rock on ROON?

My favourite radio station is Planet Rock and I listen to it most days using ROON to distribute it to 3 or 4 endpoints round the house.
Planet Rock have just announced that they are making some changes to the way you can listen over the internet. https://planetradio.co.uk/planet-rock/station/on-air/changes-to-streaming-listening/
The worrying bit is this -
FAQ’s
Q: Why can I no longer find your station on TuneIn / other radio aggregator app?

A: At Planet Rock we want to create the very best content for our listeners, as well as the best user experience. When listeners access our streams via a third-party platform such as TuneIn/Radio app, it creates a barrier that limits our ability to understand how you like to use our service.

As a result, we are encouraging all listeners to now access us directly, be that via our own app or website. You can also download the RadioPlayer appwhere you can listen to us plus many other stations. We really value you as a listener, and hope that this change doesn’t cause too much inconvenience. You can find a list of all ways to listen, here.

Q: Why can I no longer play Planet Rock on my Sonos / other connected speaker?**

A: It is likely that you have previously been using a third-party app to stream our station. We have now changed the way that we distribute our online streaming, and encourage you to now listen to us directly, via our own Planet Radio Music service on Sonos or via our own app or website. You can also download the RadioPlayer app where you can listen to us plus many other stations. We really value you as a listener, and hope that this change doesn’t cause too much inconvenience.

As I understand it, ROON is using a similar internet radio interface as Sonos. So if Sonos won’t work then neither will ROON?

It looks like Bauer is migrating all its stations. 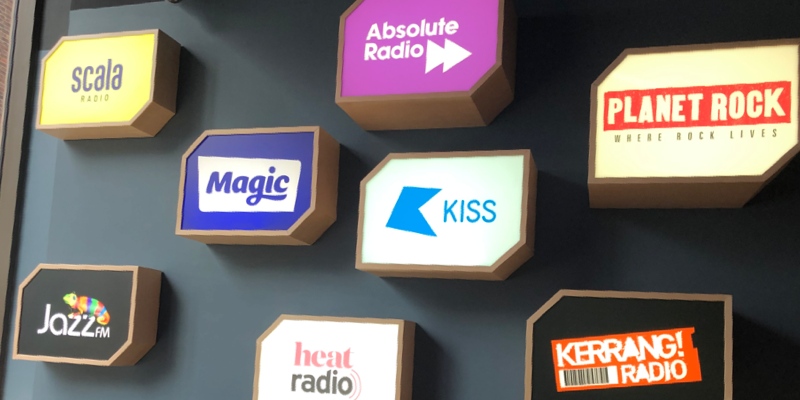 Bauer to move its online radio listeners to its own platforms

Bauer Media Audio UK is migrating its digital listeners from radio aggregators and onto owned and operated platforms.

Sounds bad for the listener; we are just something to be advertised at:

“Digital audio has opened up an exciting new route for advertisers, alongside broadcast advertising, to access our valued audiences. Having invested in more personalised products to further this reach, we’re excited to take this step which will unlock further potential for commercial collaboration and targeting, driving significant revenue opportunities.”

Personally I find Planet Rock almost unlistenable due to the repetition rate of mediocre ‘rock’ artists plus lack of variety (you would never know Djent existed if you only listened to that station) and the fact that the adverts are louder than the music. The version of Pink Floyd’s ‘Money’ they play is always the censored version. My Planet Rock Marshall Edition radio still looks good though.

It seems I will still be able to listen from a web browser, Safari in my case. Some years ago they offered the ability to log into the site to get fewer adverts. I was really surprised one day when an advert came on and said “Adrian you can get a good deal at this particular local DIY store”!

Point is that if a web browser can log in then it could be possible for something like ROON to behave in the same way. I guess the difficult bit would be dealing with all the cookie requests and privacy opt outs.

One of the wonderful things about music is the variety of different genres and variation within each of them.
You are correct, I did not know that Djent existed. But I have just listened to their only album available on my Qobuz feed, Metal Uprising from The Underground. I do listen to quite a lot of metal, some of which does get played on Planet Rock; PowerWolf and Within Temptation for example, but I’m afraid that Djent is a bit too relentlessly on the uranium side of metal for my taste!

Djent is a style of metal with a wide variety of groups. But fair point, we all like different things and my beef with Planet Rock is that they are stuck in a very safe and dull groove. I think they have to stick to playlists, which results in inevitable repetition.

It is possible that Bauer may in future provide a direct stream for those people who have an account in the same way as Jazz Groove for example. Users could then add this as a My Live Radio stream, thus preserving user information for Bauer. I don’t believe Roon would consider adding streams to the general database where user information would need to be forwarded on.

Another way might be for ROON to intercept the audio output from the web browser. That could be a sort of ‘Aux input’ for ROON

There is a longstanding feature request for something like this.

While I realize the big win here is meta data, sometimes I like to put something on throughout the house system via a Line-in. The easiest use case for something like this is a record player, but it could also be an airport or Chromecast player. Are there any provisions or road map for such a thing? (I’ll tell you what I secretly pine for, an ‘insert’ of sorts where I could send a signal out of line out 1, process it with some compression / EQ, and then put that in line in 1 where that is now…

I’ve just persuaded a friend who has Sonos to tune into Planet Rock. In Sonos you have to install the Planet Radio app, which involves some signing in, and select Planet Radio app and then choose Planet Rock.
This link tells you how to do it Sonos Support
Digging into the history of Bauer Media, it looks like it is slowly taking over all the independent radio stations in the UK.
And so I think Roon needs to find a way to maintain compatibility with what they are doing. Might not like it but thats the way the industry is going