Hi
HI @Dan_Knight @joel . Is it possible to stream from a RPi3 DietPi to a Parasound Hint DAC? I can see in Roon that DSD is supported up to 256 but I can’t even play DSD 64. 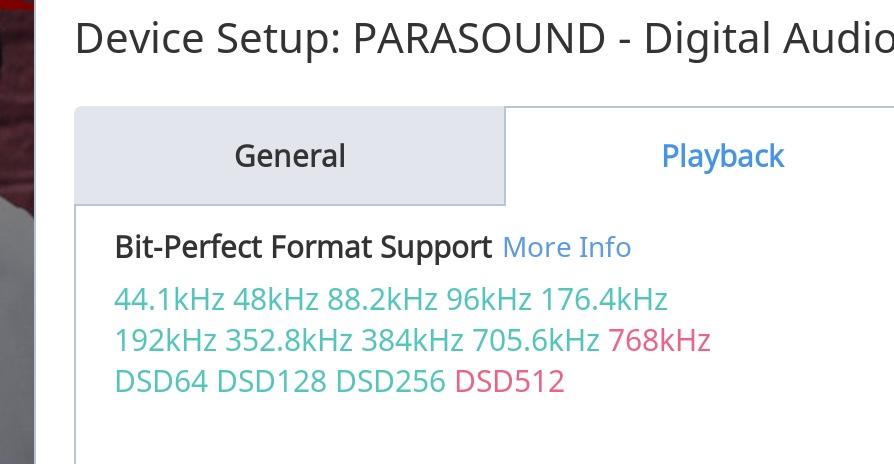 Are you using USB?

yes I am using USB.

I am using USB

Then it is unclear how this relates to the Hifiberry Digi+ in the thread title. That device only outputs S/PDIF (which does include DoP if your DAC can unpack DoP from S/PDIF input - most can only do this from USB).

Of course, it is possible to also plug a USB DAC into the same RPi. However, in this case, I would expect that you will need to go into the DietPi-config menu to update the soundcard option to generic USB instead of HifiBerry Digi+.

Right. Title edited but the problem is the same with S/Pif with the config set to the correct HAT. The tracks play but only a whistle is heard.

Is Roon set to DOP?

Yes it is. problem seems to be the same when I plug directly the MacBook to the Hint by USB.