I have ripped +140 SACD Classical albums to DSd format (DSF tracks). A major lot of these albums are not identified automatically by Roon.

Trying to identify as much as I can, I do not understand why an album cannot be identified, whilst I can find an alternative format of the same album.
Please note that all my albums are tagged before being importen into Roon.
Take e.g. the following album as an example: 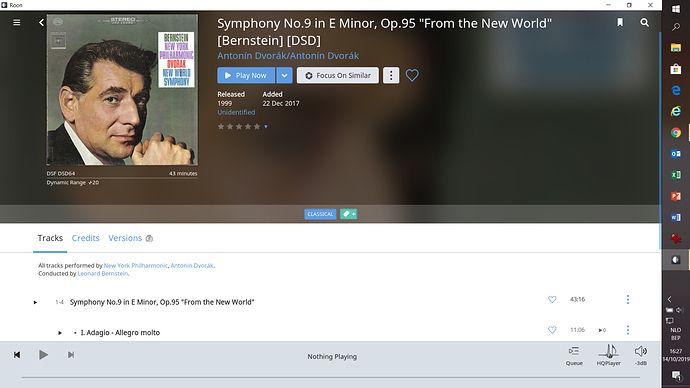 The album could not be identified neither by Roon, neither manually. 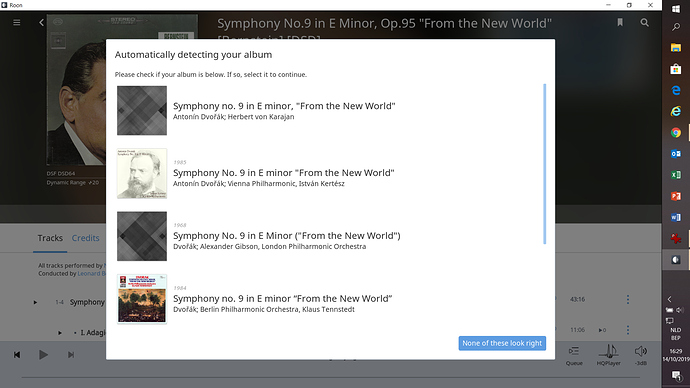 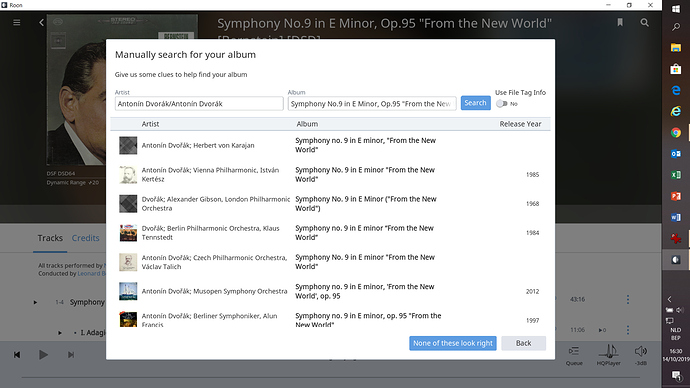 So, I did search Qobuz t see if I could find this album (in another format as Qobuz does not support DSD albums).
And yes, I was lucky. I found it in 96kHz/24bit format at

Dvorák: Symphony No. 9 in E Minor, Op. 95 "From the New World" ((Remastered)) | Antonín Dvořák by Leonard Bernstein – Download and listen to the album 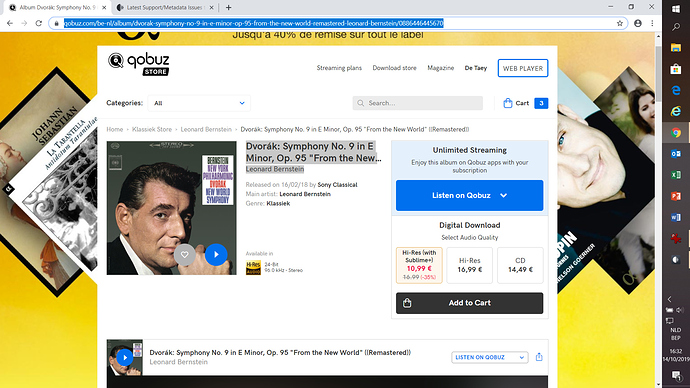 Trying to find this specific album took me more than 15min - if you want a challenge, please be my guest and try to find this one in under 2 minutes !!!.
But, I got there and Added the Qobuz album to My Library. 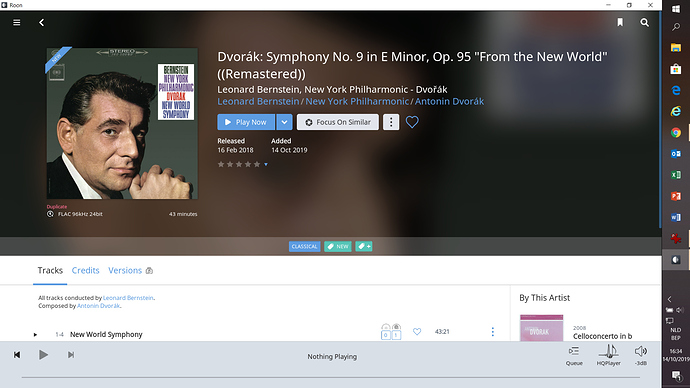 Next, I selected this Qobuz version, and also my DSD version and merged them to be seen as 1 album, different versions 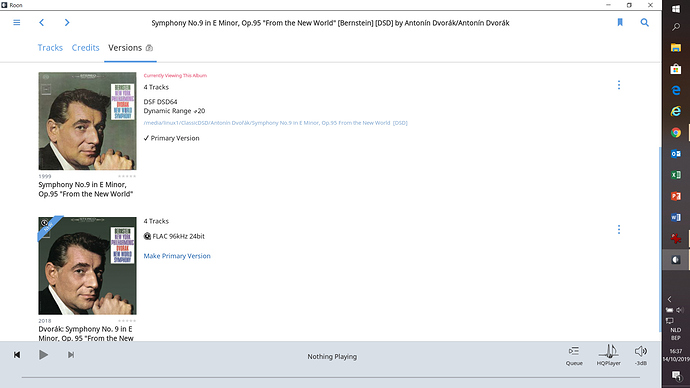 So, I would expect Roon to have data available about this album to allow me to identify the DSD format.
Wrong expectations apparently, as I cannot find a way to actually realize this.

Any ideas are more than welcome.
Dirk

Can you try a different Identification search and let us know if that helps? 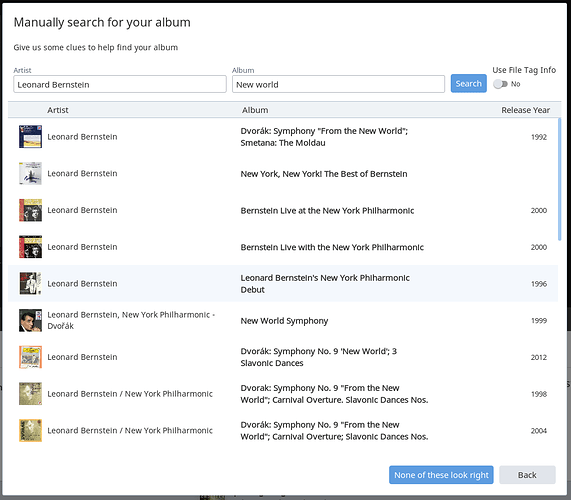 Yes, that helps. It even identified the SACD album. 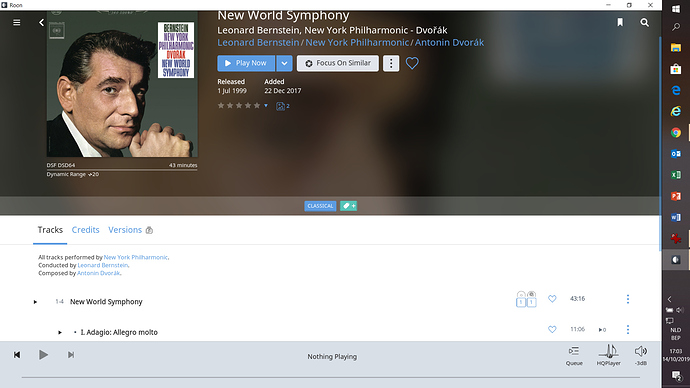 Do you have some golden tips on what data to enter, in order to increase positive identification chances, as you did for this one?

P.S. I have learnt in the mean time, that is much easier to ‘like’ a classical album in Qobuz, so it gets added to Qobuz favourites and synchronized into my library.
Much quicker than trying to find it in Roon.

Hi Dirk,
I did notice that in your first screenshot, no composer was shown, which is strange as you say you had tagged the album. Had you missed the composer tag perhaps?

You have a sharp eye

I seem to have missed the composer in this album’s metadata: 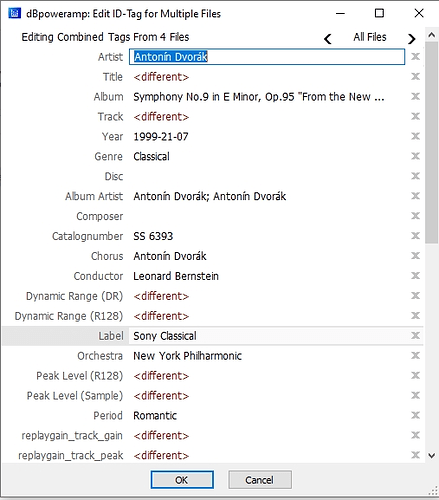 Is this a possible cause of my ‘identification’ issue?
Dirk

Is this a possible cause of my ‘identification’ issue?

Almost certainly. I’ve never managed an ID without the composer.

Ok, thanks for the warning.
I now know what to check for first next time when I cannot find an (mostly) classical album.
Dirk