@Cheung_Hon_Wah – @evand’s link is good. The pleasureizemusic link is binary only, no algorithm, etc… it is not useful to help implementation.

Another “yes” vote on some sort of DR Metric. Understand that any algorithm will have flaws but as mentioned knowledge is power so let’s start somewhere.

+1 vote for the DR meter

Would love this feature, even in a basic format.

+1 Any progress on this? This has been added to Audirvana + and I find it really a really useful way to sort.

I let my subscription lapse waiting for this as it is one of essential pieces of metadata needed for me to manage the multiple versions I have. Hoping to be able to step back in in the future.

needed for me to manage the multiple versions I have

Why is this so important for you? Why not trust your ears?

Who’s not trusting their ears? Currently, I use an off-line tool to calculate DR and determine which versions I have. This requires copying all versions I might have from a NAS, running an off-line tool, and comparing to an on-line database. The metadata, filtering and sorting, is the primary feature that I am interested in as a user. I think this is described earlier in the thread.

Also, sometimes you may just want to search your library against this metric depending on your mood (i.e. a particular genre, from a certain time period, with a 4-5 star review, and a DR >10 for example.

Also, sometimes you may just want to search your library against this metric depending on your mood (i.e. a particular genre, from a certain time period, with a 4-5 star review, and a DR >10 for example.

Ok, I see that is beyond my horizon. I never was in a mood that says me “let’s hear some music with DR >10”

I’m guessing the reply is meant to be sarcastic but I have 2, 3, 4, 5, and even 6 versions of many recordings. And unless the metadata was tagged perfectly upon import you don’t know if you have the UK, US, Japanese, Europe version, or something unknown, and then take in the account of numerous re-releases it gets complicated and can impose a lot of overhead in organizing or choosing which version you select as “preferred” I can tell that if you don’t have this problem then you don’t have it, but on my end I can tell you it is important to me and the reason I posted this feature request over a year ago.

So this is a pretty big topic in it’s own right… but let’s say you go through the Rolling Stone magazine top 50 recordings of 2016 that just came out: 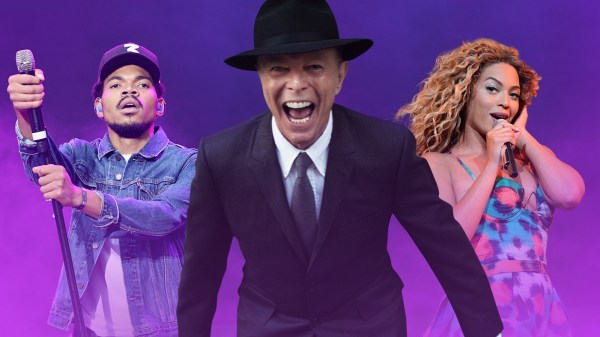 From this list I was excited to check out the new Marin Morris, Hero album - a neo-country release. Well let’s say I wanted to listen to country… it happens. And this comes on… with a DR of 5! Completely crushed the RMS is so high. It would completely be counter to wanting to chill out to some vintage country. This is just one of many use-cases. Also, I have 100db Altec horns so it is super dramatic compared to say driving in a car.

I love that Maren Morris album “Hero” and I can’t explain why.

Haha okay I’ll give it another go but just turned way down!

David Bowle’s’ “Blackstar” is an interesting album DR wise. It’s been measured at 6 for CD and downloads but listening to it you feel like there is greater range than that. Clever layering of instruments I think.

David Bowle’s’ “Blackstar” is an interesting album DR wise. It’s been measured at 6 for CD and downloads but listening to it you feel like there is greater range than that. Clever layering of instruments I think.

That’s the problem with looking on measurments instead of hearing to the music. DR says nothing about the quality of the music. It only can be an indicator comparing different releases of the same album. And even there it is not always the release with the higher range that sounds better for the own ears.
It’s better to simply enjoy the music instead of worrying about DR and samplerates. Being in a more relaxed mood let the music sounds better than any technical advancement ever can. Your own brain is the biggest adjusting lever you have for a fulfilling musical experience.

It does sound better than what you’d expect. Try comparing to the DR10 vinyl… I selected the vinyl rip version as my preferred.