Hello,
I am having a problem with the album “(Ǎhk-to͝ong Bāy-Bi) Covered”:

The Artist fields for some tracks are incorrect in Roon Database.

AHK-toong BAY-bi Covered, stylized as (Ăhk-to͝ong Ba͞y-bi) Covered or (Ăℎk-to͝ong Ba͞y-bi) Covered, is a tribute album featuring cover versions of the 12 songs from U2's 1991 record Achtung Baby. It was released on 26 October 2011 as a pack-in CD with the December 2011 issue of Q (issue #305). The magazine commissioned the album to commemorate the 20th anniversary of Achtung Baby's original release and Q's 25th anniversary. The magazine's editor-in-chief Paul Rees said, "This is an entirely appro... 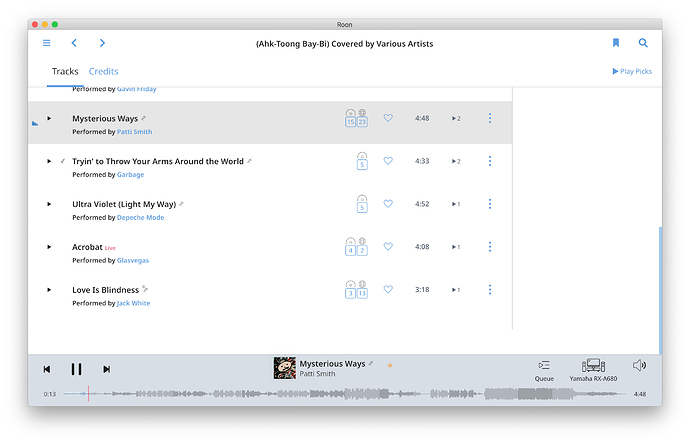 Is there a way to select the file artist field instead of the Roon database?
(It is possible for the whole album but I don’t see anywhere for the track fields…) 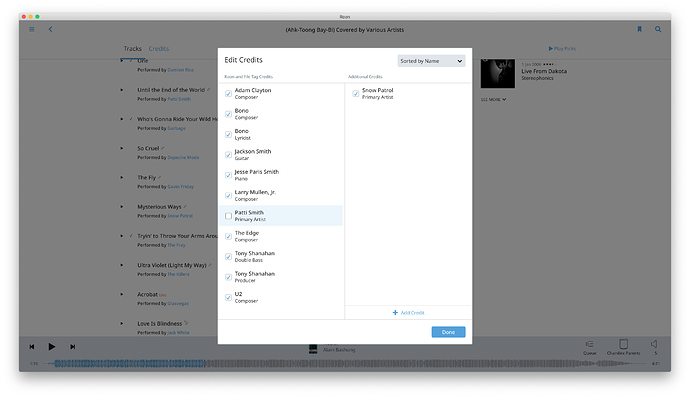