If truly an Apple AirPort from before the Express and Extreme units became available, that wireless router is ancient, at least 15 years old. It is limited, I believe, to 802.11b, which is woefully low bandwidth and highly susceptible to interference. Start by examining your wireless network performance, and look into replacing the AirPort with a modern unit.

If truly an Apple AirPort from before the Express and Extreme units became available, that wireless router is ancient, at least 15 years old. It is limited, I believe, to 802.11b, which is woefully low bandwidth and highly susceptible to interference. Start by examining your wireless network performance, and look into replacing the AirPort with a modern unit.

Didn’t notice that till now. Good catch and fully agree.

But what does my old airport…it does a/c freq., have to do with my my main system as everything is hard wired…?..? Ok I’ve ordered some Asus rig ASUS RT-AC88U (I really hate to leave Apple but they are leaving that part of the biz) that the mags said was good…supposedly covers 5000 ft…and I’m upgrading to fiber optics for my internet to get 1GIgabit of data speed…that ought to fix any wireless issues…? 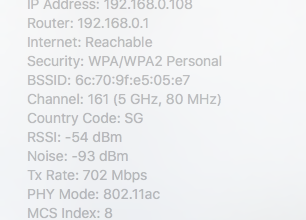 Not that I’d ever not suggest a good infrastructure upgrade, but, I agree, I’m not sure how that relates to your dropout issue.
I was going to suggest that since the HA-1 is also a DAC, if you just plug it directly into the MAC mini USB, see if you get a drop out. If you don’t then you know it is in the (USB/Yggy) part of the chain.

Good suggestion … I run my HA-1 off a 2010 Macmini (granted as Roon Bridge) but will also test as a roon Core just for fun at some stage over the weekend to see what happens.

@Larry_Megugorac don’t be quick on ordering stuff. It was a good observation that your router is old but if it’s ac and 1gige that it’s actually a newer one. No need to order anything.

Does anyone have a view on the reliability of Euphony in its present form? I am attempting to trial it on an Atom powered board as an endpoint but I have had to raise a support case with them to get it to accept a trial code. This setup was previously running ROCK passively but my first impression is I am trading something ‘rock’ solid for something buggy. Your thoughts would be appreciated.

Is this euphony for real? Their logo looks uncannily like Roons.

They are very real in that more than a few have bought into the notion that heavily optimised OS’s can have a positive impact on SQ. I thought I’d put that to the test for a few days to see if it bettered ROCK, all other things being equal.

I think they are asking a bit much for the OS on it own. I would want to hear a very substantial difference on the same device if I was paying that much.

Well their support team have replied so when I get home I’ll try it again and then do some swapping back and forth. This is out of curiosity more than anything but I’ll report back. I’ll admit that instinctively I might expect a step up from Windows and even OSX but my comparison is with another lean Linux OS.

ROCK is free. I am not sure why anyone would use Euphony if you were going to use ROON. And if is all about the ease of being an appliance, then invest in a Nucleus. IMHO.

Just tinkering Daniel. And with an Atom powered end point. My core is forever ROCK, and I am certainly not a potential Nucleus customer.

I was running ROCK with a direct attached DAC (USB Out of NUC into Singxer SU-1 DDC then I2S over HDMI into PS Audio DirectStream Senior DAC).

I migrated the NUC into an Akasa Plato X7 fanless case and also installed a local 2.5” SSD for the actual music files. I also powered the NUC with a KECES P8 Linear Power Supply.

I trialled Euphony on USB stick and did quite a lot of comparisons between it and ROCK.

Ultimately I did buy it. It sounds more “relaxed” than native ROCK. This is usually associated with lower jitter. I don’t upsample in Roon as the philosophy of my DAC is to upsample everything to 20 x DSD regardless. However you can install HQ Player if you wish (and have the horsepower) with Euphony.

They have their own player called Stylus but I’m a Roon devotee.

Overall I’d say the quality now surpasses my Aurender X100L with 3rd Party Linear Power Supply but with the benefit of Roon functionality.

The other benefit is the temperature readout the Euphony Web UI has for the OS. I’ve become a bit paranoid after putting a 7i7 into a fanless case but its actually fine.

There are some Head-Fi reviews of the combo of Euphony, a micro PC and the Keces PSU that corroborate this.

Watch out in the EU, the PayPal price for Euphony excludes 20% VAT.

I did have some install issues with my PCIe M.2 drive but the support from the developer was extremely responsive.

Also when using Ethernet to PS Audio Bridge II (Ethernet streamer card built into DAC) it also sounded a bit better. In this mode you could have the NUC elsewhere and you are using RAAT over Ethernet to the DAC. However the DirectStream sounds better overall with a direct I2S feed.

It’s not night and day and you do need to assess cost benefit.