Not sure if this is the proper place for this post but here goes.

This is to share some lessons learned in case they might be of use to someone. I have been experimenting with exporting playlists from Apple Music (fka iTunes) for import into Roon. Core is ROCK on NUC8i7. Music is stored on an older Synology NAS (1512+); around 80k tracks. Everything is hard-wired. I’ve been a Roon lifetime subscriber since 2015 and an iTunes user since inception.

My family is composed of inquisitive music lovers and we enjoy sharing our discoveries. Everyone other than me uses Apple Music and we collectively store everything on the NAS. For simplicity, the Apple Music library file resides on a separate Mac Mini on the LAN, where all the ripping and most of the downloading is done. Everyone else is comfortable using Apple Music, and that isn’t likely to change. Recommendations for relocating the library file to the NAS will be politely ignored, and it isn’t relevant to this discussion.

I have read all the articles in Knowledge Base on this topic, but they seem to be outdated with regard to changes over the last few years in the structure of Apple Music. I’ve also read dozens of Community posts about this, but they are all over the map and not definitive. According to the Roon Knowledge Base, I should be able to export playlists from Apple Music to .xml files, copy the files to the Roon-watched music folder location, click a button in Settings>Storage, and the playlists will be imported into Roon upon re-scan. That consistently doesn’t work.

I have looked at soundiiz.com to see if there is a solution but I don’t see it.
I look forward to responses and suggestions that don’t involve relocating the Apple Music/iTunes library file.

There may be a way to go straight from Soundiiz to Tidal and Qobuz without exporting the file to my computer, but I just started using Soundiiz and am not totally familiar with it yet. 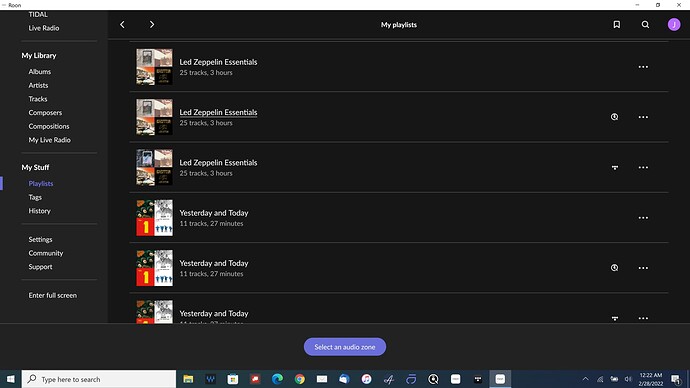 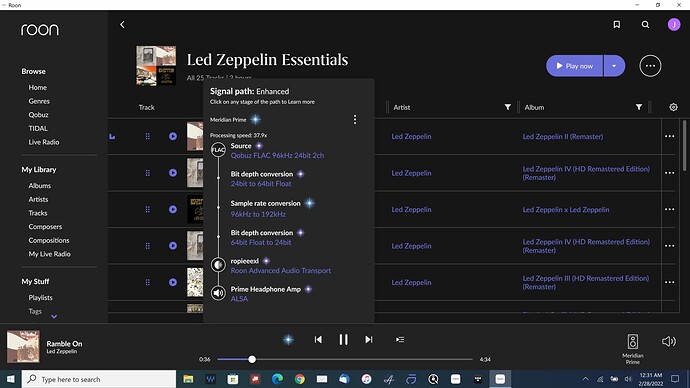 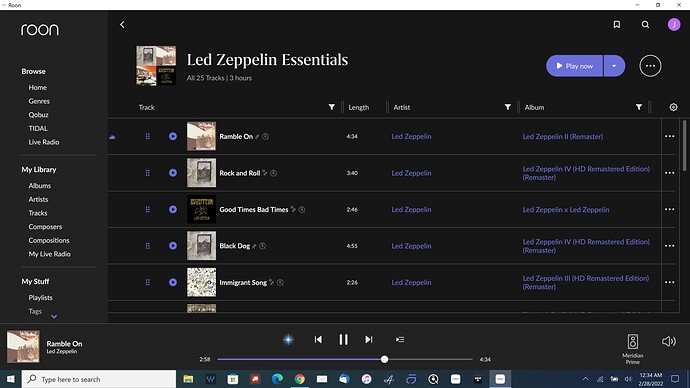 Thanks for responding. I created an account with Soundiiz and played around with the free version that has limited functionality. Maybe I need to stop being a cheapskate and buy a subscription to see if it will solve the problem. I do have a Tidal subscription, and I was able to import some of the playlists into Tidal, which then show up in Roon. But those playlists are missing the tracks that are present in the local library but not available in Tidal, which turns out to be quite a few. My goal is to port over the playlists that are linked to our shared family library of ripped and downloaded tracks.