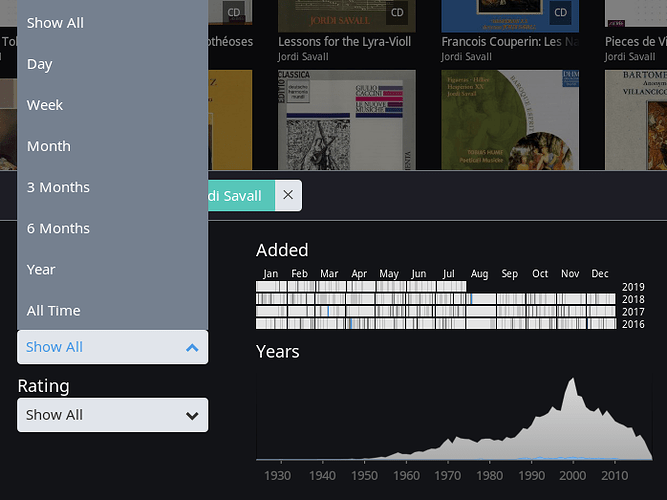 which basically means “played at least once”.
but you cannot select “Never”. you can do it selecting “all times” and then taking the “negative” of it. but it would be nice to do it directly.

besides, i’d like also the possibily to focus on “only partially played albums”
thanks

I use a flag on albums I title “Complete.”

“Complete” means that I’ve completed meta-data editing, and listened sufficiently to know how much I like or want to play the album and its tracks, and how I want to mark it for bookmarks, tags, etc.

I then have a bookmark for the inversed complete tag for this purpose. I’d send a screenshot, but I currently don’t have any incomplete albums/tracks.

P.S. I get that this is a pain to deal with when you already have 5000 albums in your collection that don’t yet have the tag, but once you get it set up, it’s super easy to use and solves the problem in a highly controllable way.

but you cannot select “Never”

Yes you can! Select “Played in the last…” “All Time”. Then invert it by clicking on the green “Played” focus. 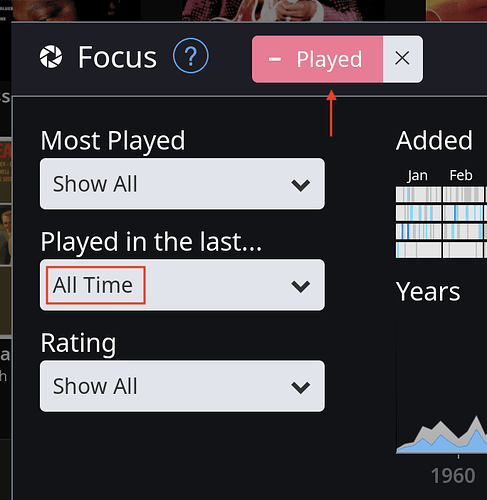 I hadn’t thought about this but it’s really useful to know which albums you’ve never played. I assume doing it the two step way and then bookmarking it will then give me a one-step way?

Exactly what I have done.

besides, i’d like also the possibily to focus on “only partially played albums”

A work-around would be: tag all unplayed tracks in the track browser with something (I use “-”). Then you can focus on this tag in the album browser and you get partially played albums. It’s manageable to either remove the “unplayed” tag right after you’ve played an album or (from time to time) in the track browser again (now using “Played” and “-” as a focus).

not really. how can i tag all unplayed tracks if i don’t know which they are.
i cannot check it album by album…

this works globally for all the albums, and i’ve done it, too.
my point is to do it at artist level: i want to focus on albums by a certain artist that i have not played

i cannot check it album by album…

You don’t have to.

In the → Track Browser you can
→ Focus on all unplayed tracks (the same way as you’ve described for albums - the inverted Played).

Then you simply select all tracks and add those to a Roon Tag dedicated to unplayed.

Thank you for this, I had no idea you could invert it like that. Just solved some pains I have had.