For 1.3: Thoughts re improved album matching and editing

I’ve noticed a few unmatched albums are unmatched because Roon’s metadata has no time data for any of the tracks. Here’s an example which I force matched. 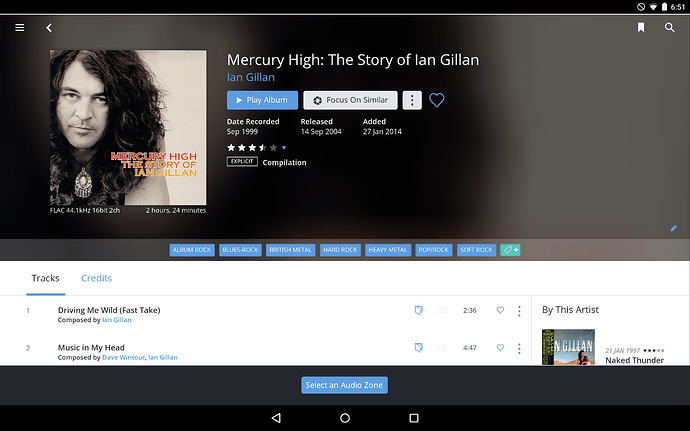 In situations like this Roon should match or at least offer to match the album.

When Roon encounters a deluxe edition or bonus tracks it doesn’t find in its metadata resources it presents them as additional tracks, leveraging the metadata in the underlying files, however, in the absence of a discnumber it doesn’t offer one even if the tracks don’t have multiple discnumbers. This forces the user to add the track number for all additional tracks.

Roon should suggest a track number based on what it finds in the underlying tracks, e.g. as their is no disc 2 in the album below, default to disc 1 instead of a ? 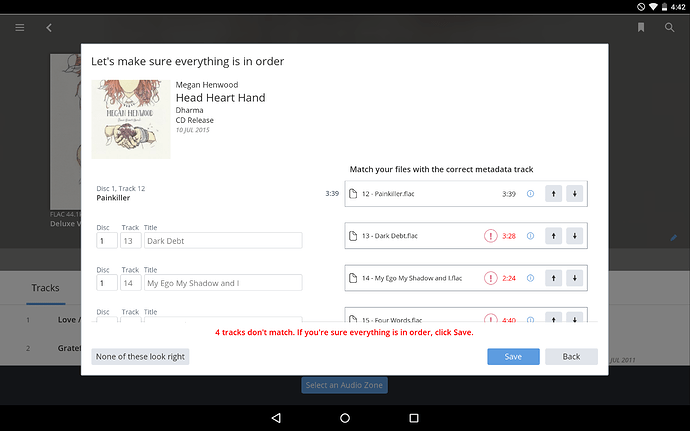 When matching albums Roon didn’t automatically identify the user is presented with as many versions of an album as Roon finds in its resource base. The user can then toggle through the various versions 1…x. When getting to x the user is forced to cycle backwards rather than just continuing on to 1 again which would make a lot more sense and aid speedier selection, especially when one is trying to find the best match.

Saving edits takes way too long, even with the database on a SSD. So much so that it’s the single biggest limitation as to how many unmatched albums I can match in a given timeframe.