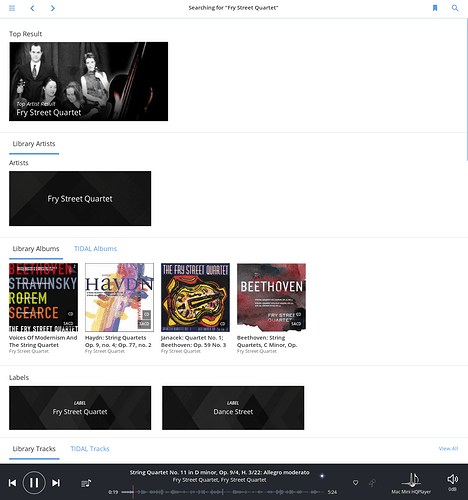 When I search on Fry Street Quartet, I see all 4 albums in my library, which is accurate.

When I click on the Artists “Top Result”, I see the next screen image: 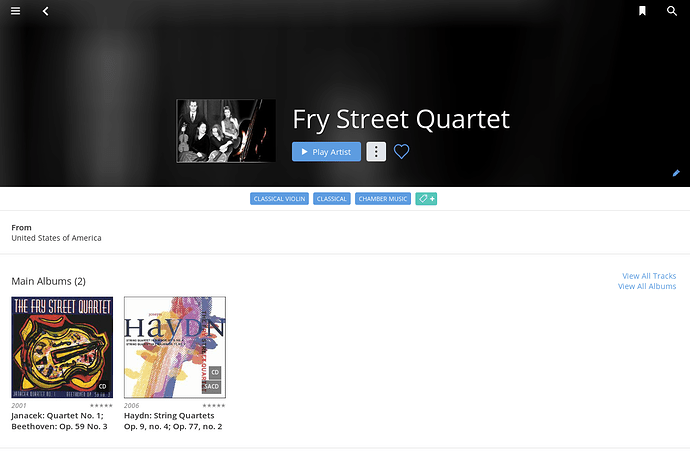 …which only contains album #2 and #3 from the artist listing. The first and last albums are unidentified and my attempts to match them to something Roon knows fails.

It’s odd that they show up as being from “Fry Street Quartet” in the first screen (search results) but not in the second screen (Artist).

Are there two Fry Street Quartets in your Artist Browser?

Are there two Fry Street Quartets in your Artist Browser?

In that case it’s a known bug. It’s on the list.

Fair enough… but there are two albums that are not in their database, above and beyond the “two artist” issue.

Thanks for the clarification.

Right, so it’s a gap in the metadata server and a bug revealed by it. But fixable.