@Nick_Stamp and @joel: There may be an additional issue with this particular album. I have the Gladiator (Music from the Motion Picture) release with the same cover art you show here. However, both the Roon title shown (“More music from the Motion Picture”) and the text of the review correspond to an entirely different album. I have attached a screenshot of the Identify Album hit, which seems to show the correct release (but with the cover wrong photo). However, scrolling through the 6 editions, some of these are original soundtrack, and others are "More Music from…).

How Roon has identified 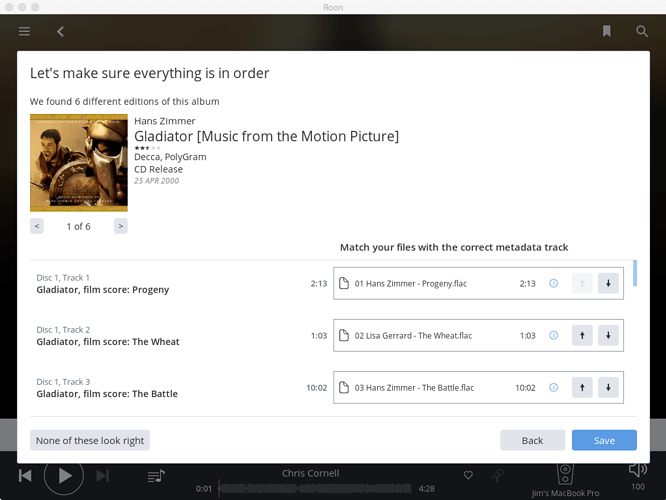 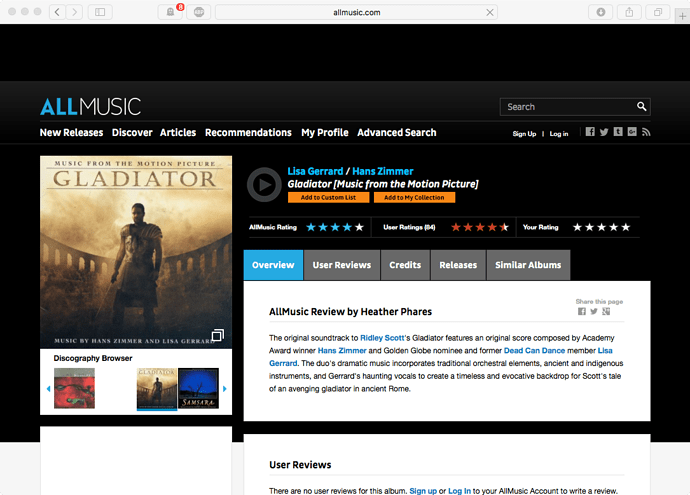 The AllMusic page for the (incorrect) album details Roon is providing [Edit: this is actually Decca catalog# 013192]: 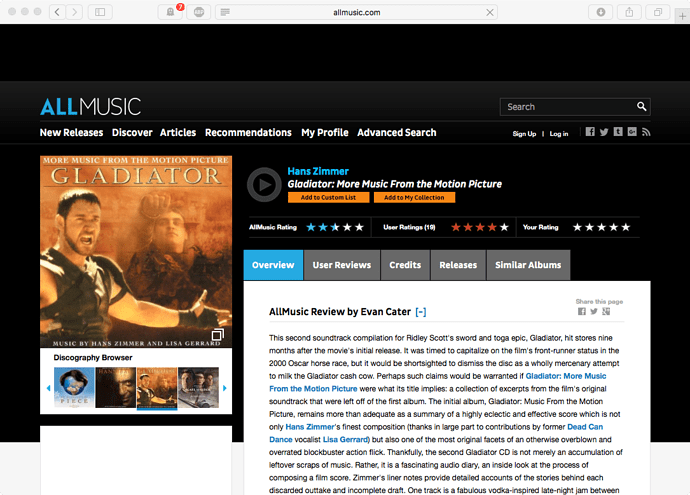 @JWC, Hi Jim, yes I recall encountering the same issue now - it might have been unidentified initially and I did select this one as the best option available at the time.

That sounds familiar. The deeper issue seems to be that for this album, even when the correct Original Soundtrack album is seemingly selected (has all of the correct tracks, track timings, and Roon even reports the correct catalog number), all of the metadata seems to be from the wrong album.

It’s has been 4 weeks, so I thought I’d check in about resolving this version issue in the metadata. Thanks. @joel

I have both “Gladiator” CD albums, and I, too, noticed the mismatch. I did not think it crucial, though, as Roon got the tracks and most other metadata correct. The title could be manually corrected. It is just the review that is wrong. A minor annoyance is that this happens a lot with other CD albums that have been remastered and/or expanded. Roon matches the later review even to the original release.

As I have an extensive film music collection, the larger problem, pun intended, is that Roon often erroneously falls for high resolution bootleg or fan made artwork when identifying legitimate film music CD albums. Fortunately, that is easily corrected in most cases with my embedded artwork.

I seem to now have the correct review for this score, i.e. The original one above, although I still have to use my tag for album name to get rid of ‘more…’

@joel @JWC This is now fixed for me.
thanks
Nick