I’m probably late to the party, but I notice Gramophone Magazine are now exclusively sharing their editors choice and a new Listening Room area with Apple Music. Obviously there are monetary issues involved, but one would have thought a lossy service would be the last place such an institution would point there potential listeners?

As you said, it is all about the money, and reach is an important part of that.
From Apple’s part of view, I would not be surprised that they estimate their hardware marketshare with people listening to classical music.
Probably classical music listeners are only switching to streaming in the last couple of years.
Dirk

It’s a pity. Gramophone and Qobuz (and Roon for that matter) could have worked together to create a wonderful product. Imagine going from a work to Gramophones reviews, or vice versa, and linking to the vast heritage of articles and knowledge in Gramophone. Every month I open Gramophone on my iPad and leap in and out of Qobuz favoriting stuff that I will listen to later in Roon. How much nicer it would be if I could just add a Qobuz favorite from Gramophone. Ah well. It’s not to be.

Yeah, and it’s all about old dead guys, who cares.

I realize you’re probably joking, but… 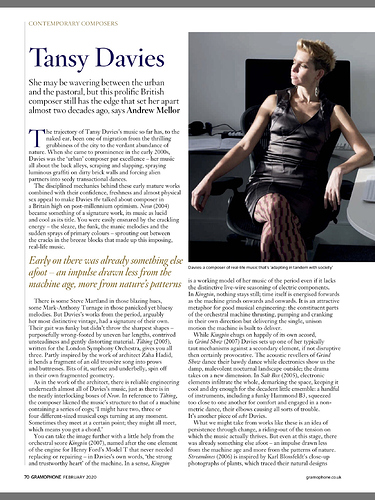 I have Qobuz open when I read the physical mag then open and favorite for later listening on Qobuz. When I look at the iPad version, it is a shame it opens them in Apple Music, as I would prefer it open in Qobuz so I could save them easier, but it is just a toggle between apps to favorite the albums via Qobuz.

Not the end of the world, but since I am a Qobuz user more than I use my Apple Music subscription, I would prefer it. I hope this doesn’t mean worse things for Qobuz. I really want them to succeed.

It is not a big deal. The sound quality of Apple Music is good or very good (yes it’s lossy), and it’s the only streaming service that pays a little attention to classical music.It could have be worst, like S…y.

I agree. But unfortunately Apple Music won’t be connected to Roon

Linn Records have their releases on Apple Music but not Qobuz or Tidal which I think is pretty bad for an audiophile HiFi company. But you can see their reasoning - they’ll take the streaming money and promotion from Apple Music and say ‘If you want the HiRes version you have to buy it from us.’