The track ‘Turn on Your Love Light’ has the lyrics for ‘The Deal’ which does not even appear on this album. 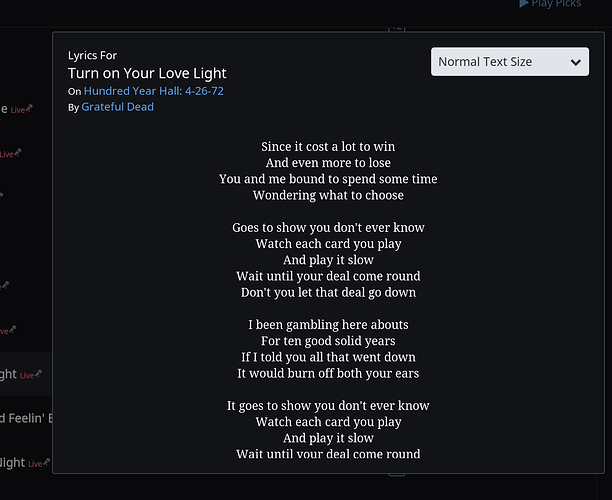 Note that this isn’t the first time I’ve found the wrong lyrics for a song. Seems to happen more often than you’d expect with the Dead live material. This album is not a bootleg.

Good catch. FYI- You have a typo in the subject.

Good catch on your part. Hall, but it was a haul just the same. I’ve actually found a number of lyrics for wrong songs in the dead material. I just never got around to complaining.

Funny! I never looked because they are burned into my brain.