I’m curious about how much RAM would be enough for a streamer and why. Also, as far as I know, using an external streamer hasn’t prevented anyone from taking full advantage of a USB DAC’s internal clock.

How much ram depends on the size of the devices basic os and the services they want to run to make it flexible. Roon Ready is reasonably heavy compared to other protocols, reason it’s just been dropped from appearing on Wiim mini which has 128MB of onboard DRAM. Chromecast too is memory heavy to implement, something Naims brought up as an issue on their hardware.

I haven’t come across people complain g about Roon not working?

Worse case scenario I could add a RPi4 as Roon endpoint and built in touchscreen to show Roon album art but this setup would be clunky.

The Rs250 integrated approach is much cleaner and potentially less frustrating but i am concerned it’s “relatively less advanced” chip 9038Q2M.

Which route do you think have the less chance of failure, Hifi Rose RS250 or Gustard A26+RopieeXL screen?

If you want a DAC with the AK4499EX chip and bring RoPieee into play, you have two cheaper alternatives to the Gustard A26… For one there’s the SMSL D400EX (USD 960), and then there is the recently released Topping E70 Velvet (USD 450).

It is true that the streamer is underpowered for the price and only has 128MB of ram, but it still works fine with Roon up to its maximum PCM768/DSD512 without stuttering. 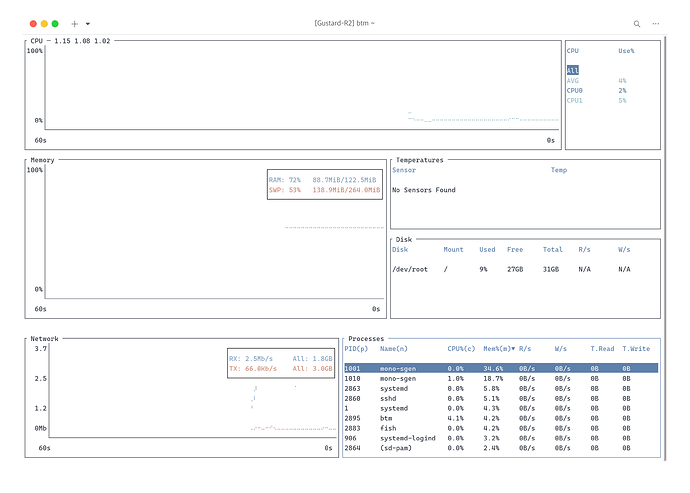 The entire point of the Roon Bridge application is that it should run well on very lightweight gear. It shouldn’t require lots of power and RAM to run reliably. And remember also that is different to Roon Ready devices that might need to do more.

Thanks for everyone’s feedback on using R26/A26 as Roon bridge.

Last question/issue holding me back from ordering a Gustard immediately today.

Do you all think there is a chance of Gustard supporting Tidal Connect?

They tear on the support page “more protocols” coming soon, but is Tidal Connect basically impossible because it requires too much licensing fees? Technically it seems possible because someone on Github only demonstrated that it’s possible but only up to firmware 1.3

Even the expensive HIFI Rose platform doesn’t have Tidal Connect.

That guide will work on 1.4 since it doesn’t matter what firmware version you’re in. Also if you followed that guide, I advise not to apply Gustard’s official firmware update and instead run apt upgrade. (I wrote that guide

Well, it uses the binary and certificates that was uploaded by mistake by iFi while trying to comply with GPL. I just don’t care.