I just changed my NUC for a more powerful one and did a backup before putting the M2 Sata card in the new NUC. Installed ROCK ok went to restore the backup and I got the following messages see screen shot. 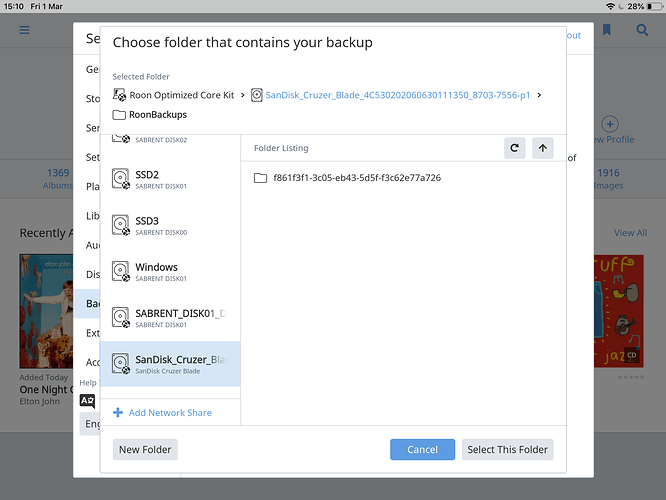 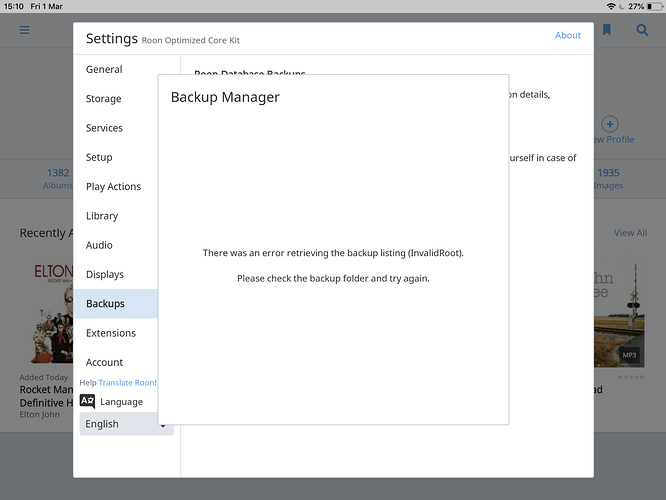 How do I recover my database, I have 55K tracks and going through them all making sure they are all correct is a nightmare. 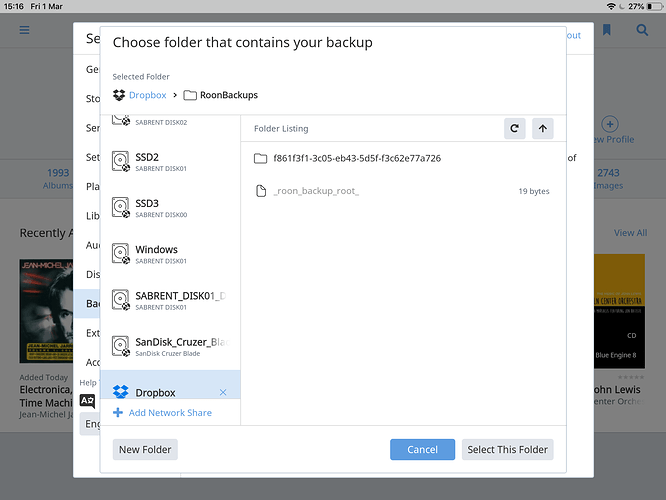 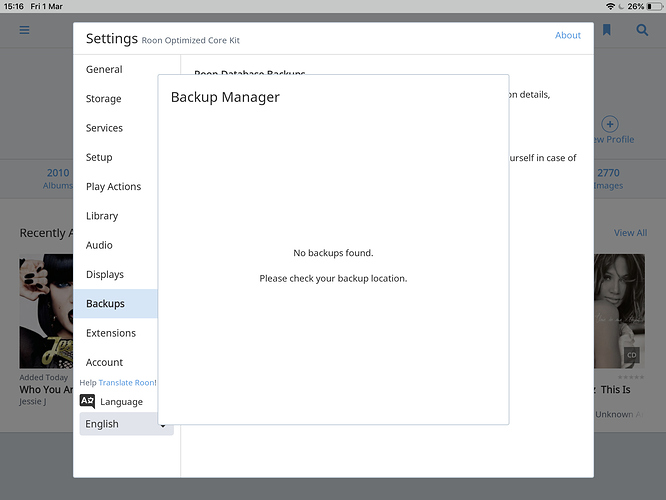 I will be going through a similar thing soon myself so following along to see what Roon suggest in case I have the same issue.

Tagging support in for you buddy.

I found a functioning backup on my NAS drive, which is now restoring… Phew…
However it would still be useful to know why it wasn’t working from the other two locations

Did you try the restore immediately after installing roon?
It seems to take roon some time to get to an internal state that recognises backups.

I did try it immediately but then for another 2 hours.
I am just glad I had it backup in three locations

The roon_backup_root file is sometimes hidden by operating systems so I would suggest making the backup directly to the drive by using Roon to point to it and not copying the backup over from another location just to make sure that all the files are properly saved.

Either way, glad to hear that the NAS drive backup worked ok.