Hey Deadheads! What have you been listening to lately?

Do you typically listen to Dick’s Picks, Dave’s Picks, or your own picks?
The Download Series? Studio albums? Your old tapes digitized from decades ago?
Do you stream/download from archive.org? If you’re into archive.org, what’s your filtering process like?
Do you only listen to shows from the late 70’s?
Basically, how do you decide what to listen to and when?

Lately, I’ve been really excited about Dead and Company. Look, don’t give me a hard time - John Mayer is SO GOOD - it’s the truth! I’ve been watching on YouTube through my stereo. And streaming Tidal with Roon. I own Dead and Company FLAC files spanning one tour from 2018.

Other than that, I’m kind of disoriented. Mostly just shuffling tracks on Tidal with Roon, no real plan or purpose.

I need some inspiration. What are you into right now?

If you are at all a fan of the country or bluegrass aspect of the Dead, go listen to Billy Strings.

Thanks! I just listened to a bunch of his tracks per your suggestion - he really knows what he’s doing! Good stuff. Then I looked for videos and found this really cool Bob Dylan cover he played. 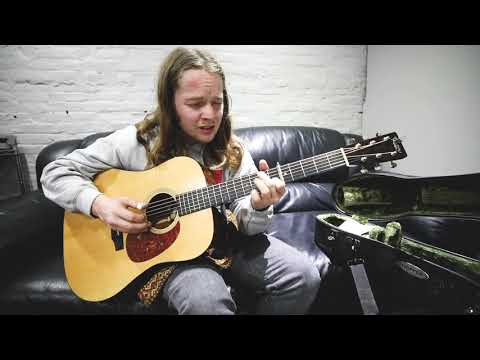 I have an extensive Dead collection and I have to admit that I haven’t listened to it all. The Dick’s Picks series is a good example - I’ve only listened to samples of it, although I have the entire series. I decided to work through the entire series and I’m up to Vol. 15 now.

Sadly I can’t share your enthusiasm for Dead And Company. For me, if it doesn’t include Jerry, it just isn’t the Dead.

I totally agree - Dead and Company is not as good as The Grateful Dead. But it’s still a lot of fun. John Mayer has some serious chops, he respects the material, and adds some really imaginative and awesome parts. But of course it’s all very subjective.

Lately it’s about all I can do to keep up with Dave’s Picks, GarciaLive releases, and GD box sets (June 1976, Pacific NW, etc.). And I listen to lots of non-Dead music too.

I totally agree - Dead and Company is not as good as The Grateful Dead. But it’s still a lot of fun. John Mayer has some serious chops, he respects the material, and adds some really imaginative and awesome parts. But of course it’s all very subjective.

I’m listening to Dick’s Picks Vol. 16 right now, which is 11/8/69 at the Fillmore S.F. I really enjoy the original lineup with Pigpen. Although to be fair, there’s usually something special that one can find with most of the other lineups as well.

Like everything - it depends. Sometimes you feel like acoustic/harmony/lyrics and other times it’s full-on St. Stephen/Dark Star/The Other One boogie mode.

Lately I’ve been gravitating to Bob Weir & The Wolf Brothers concerts. For post-Dead, my favorite still is the lone The Other Ones recording.

Also recommended: Let There Be Songs: The Roots of the Grateful Dead. I have no idea where I got this CD and Roon doesn’t identify it. It has 15 HOURS (!) worth of the original versions of songs covered by the Dead. Someone out there is a loving compiler. This is like a library compendium of roots Americana, and shows what real deep love the Dead had/have for roots American music. There’s The Music Never Stopped from Shanachie with similar content, but it has only 17 songs. LTBS has damn near all of them! 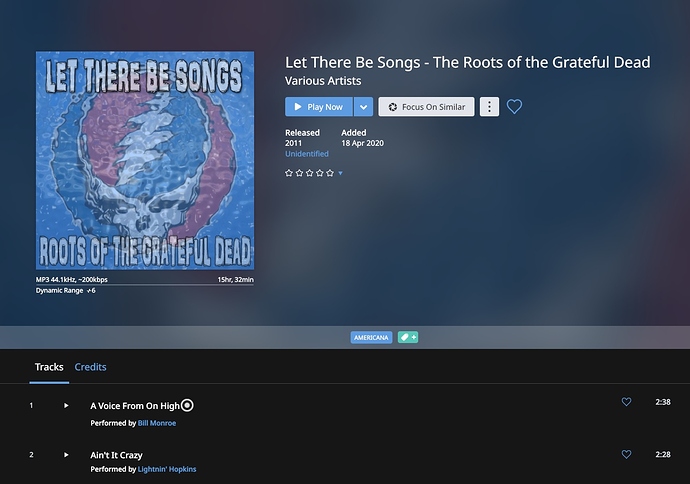 First show 1968, too many after that including two of the three “Farewell” Wall of Sound shows at Winterland in '74. Damn, I’m a geezer.

Hoping at some point there’s a way to tie the Relisten.net web audio platform into Roon which would solve a LOT, but in the meantime, I’ve been rediscovering a few “ghosts of jambands past” including The Hatters, Col Bruce Hampton & the Aquarium Resuce Unit, Day by the River, Jiggle the Handle, and Peter’s Cathedral. Oh, and if you haven’t heard Umphrey’s McGee’s 2/21/2007 show and you have a Nugs.net account, go play that RIGHT NOW.
As far as the Dead, I’m still deep in the PacNW 73/74 box, the Dave’s Pick from Miami 74 (best bonus disc yet from a DP) and some Garcia/Saunders.
Also the Phish Island Tour is still a great listen.

Now listening to the amazing 50th Anniversary release of Workingman’s Dead. How many times have I listened to this album? Enough that I believe if there was some way to link wireless from my head to the amp I could stream a pretty good fidelity copy.

OTOH - this is a whole new remaster, and really for the first time you can hear what an amazingly subtle contribution Lesh makes to everything. The vocals are also much crisper.

The 50th includes the entire album remastered plus live versions of the songs on WD. It doesn’t include the outtakes and song development included on Angel’s Share.

Hey @Brian_Cohen I’m super interested in finding a way to more easily move lossless shows from Archive.org to my Roon drive, have you (or any other deadheads on this thread), found a way to do so? I’ve been enjoying some matrix recordings as of late: https://www.jimwillis.org/good-grateful-dead-matrix-recordings/

Thanks for any help!

Do you mean lossless audience recordings? Just save them and include in your Roon library. Lossless soundboards aren’t available for downloading at Archive.org. Then again most if not all of these shows are available at etree or similar sites.

I listen to a bunch of Dick’s Picks, but just today I was listening to this: 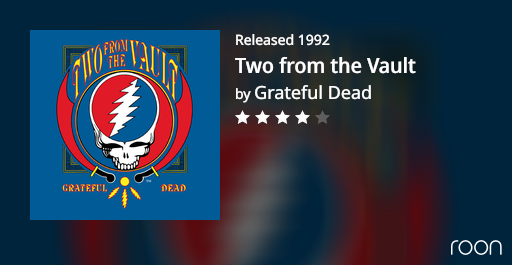 However, the one dead album that has been with me through all my ups and downs, in sickness and in health, loving, honoring, and cherishing is this one: 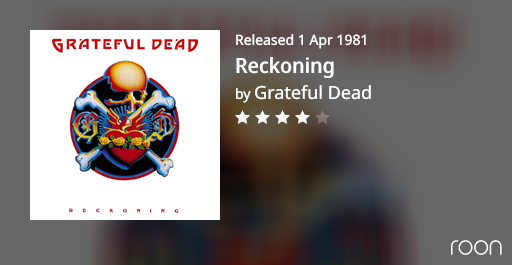 Is it the best? Probably not. Is it the one that really shows off who the dead are and how great they can be? Maybe not, but man is it tonic for my soul.

Reckoning is a desert island disk for me.

I’ve been enjoying a deep dive into the 1989-1990 era of the band inspired by the “Shakedown Stream” YouTube series. Luckily for us the entire 23 CD “Spring 1990 (The Other One)” box set [Tidal] [Qobuz] and the 2 CD “So Glad You Made It” [Tidal] [Qobuz] compilation are available to stream. One of my favorite things about the tour is the openers—hearing the electricity in the room Jerry, Bob and Brent alternate shouting “All Night!” during “Let the Good Times Roll” is downright intoxicating.

An aside: For the longest time I thought that the Dead post 1977 was simply not for me. I couldn’t get over the hump of the MIDI, slowed down tempos, and lack of free-form improvisation. What finally made it click was the 2016 edition of “Grateful Dead Night at the Movies” featuring the Foxboro 89’ show.

At some point during “He’s Gone” it occurred to me that they weren’t trying to perform a lesser version of the 60’s-70’s “thing”, it was something different altogether. Watching the band explore the nooks and crannies of the song is spellbinding, the performance is littered with wonderfully subtle changes in dynamics and emphasis from each band-member. It became apparent that the band’s later-day ethos is about celebrating the music itself as a living breathing entity that co-exists in the space between the band-members and the audience. 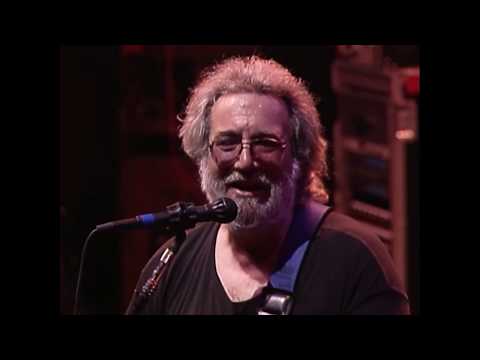 I’ll add: I highly suggest everyone check out http://www.deadlistening.com. The writing is incredible and he often describes (and links to) his favorite recordings of a particular show.

I was at that Foxboro show!!! thanks for posting that video, I had no idea it was out there.

I was at the show at Rich stadium in buffalo two days later. Good times. 10,000 maniacs opened for them.