I’ve just bought one of these boards, try a pi as my Roon end point. First impression, bloody awful. The USB from the pi3 beat it by a mile into my audiolab DAC.Words I’d use for the sound would be sterile, flat and empty.
Any way i fell asleep with music playing, must have been about 15 hours from plugging the DIGI+ onto my pi and to waking up this morning.
I haven’t been able to turn it off. The sound is amazing, Really really love it. I’m not someone who believes in “burning in” but something has happened from plugging it in to now.

I found the same. Initially the the Hifibrry digi+ was almost unlistenable though my Marantz AV8801 and I thought I’d have to find another way of getting Roon linked to my AV system but after coming back to it several times and playing more music It began to sound fine.

The audio forums are full of people saying “as a technician/engineer I don’t know why but I did hear a difference after the [insert gear here] had been operating for some days”.

Some of the more expensive manufacturers even burn in some of their product themselves, to avoid the nasty shock people might get if listening to it straight up. With less expensive gear that isn’t done and I think it would be a shame if people got turned off from audio because they didn’t like how the new gear sounded without giving it a chance to burn in.

I have to laugh at the conceit that some (usually young) engineers have that every electronic component behaves like a textbook example of an ideal capacitor, resistor etc. or that we know everything there is to know about the physics of conduction and changes to materials from electric current. It reminds me of when Cosmologists thought they understood what more than 4% of the total mass and energy in the universe was.

Older engineers and technicians seem more accepting that every component is a compromise and that there are more subtle physical changes to materials arising from electric currents passing through them than just going bang and disappearing in a puff of black smoke.

Personally I think a lot of the burn in for electronics has to do with capacitors, which are probably the components with the most compromises in our equipment. But I have heard cables change over time. Just don’t ask me how.

I leave my dacs etc playing most of the time on radio mode and just mute the dac outputs or turn off the amps. ecen if I mute my PS Audio DS Jr or off it all the main audio paths I think are active as the box is always running warm unless physically switched off at the rear.

Hmmm, if there is a real improvement in sound quality, and it is properly attributable to ‘burn-in’, and the ‘burn-in’ period is not something that the designers/engineers recognise or have measured, then I would worry that after a further day or two the golden sound era may end with a period of ‘over-burn’, with the sound returning to its former state or maybe further degraded. It is strange how we never hear of this opposite burn-out phenomenon. We only hear the positive side of ‘burn-in’

It is much more likely that initially the sound quality was being judged by reference to some other sound system and over time, the impact of that original point of reference became diminished. Another explanation may be that the listener accuity will vary from one moment/day to another. I would not jump to any conclusion when there may be a myriad of reasons and explanations for the perceived change in SQ.

Have you considered the possibility that what made the difference was a good night’s sleep?

You expect a difference, you hear a difference. Sound being “sterile, flat and empty” cannot be qualified nor quantified. But then, this is the beauty of the whole burn-in-saga. There is absolutely nothing that needs to settle over days with the hifiberry digi+. Maybe it takes a second or two to reach operating temperature, but that’s about it. Believing is hearing. It is that simple.

Lo and behold the Digi+: 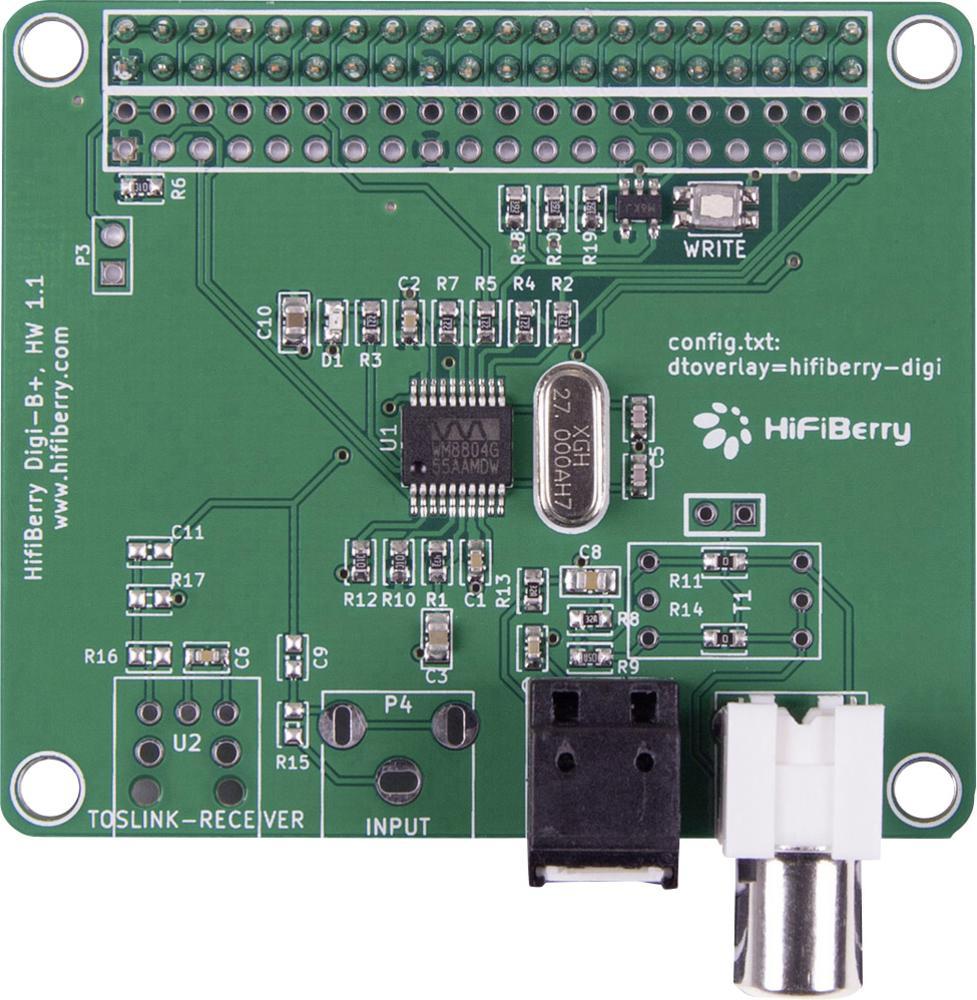 Not a whole lot to burn-in…

IMO, most of the burn-in process is between the ears of the listener, slowly moving from hearing differences / missing things from the well-known ‘old’ situation to getting used to / appreciating the sound of the new stuff. Add in a touch of expectation bias and off you go…

Like I said i’m not a real believer in burn in, but “You expect a difference, you hear a difference” hmmm not sure, I’ve been a bigfan of the Go! Team since they first released thunder lightning strike in 2005, it’s an album I listen to at least once a week, it certainly isn’t the best recorded album so I know when it sounds wrong, I also know when i can hear more from it than i’ve heard before.
Another thing the nay sayers will have a go at is i bought a new psu, a 5v 2.5amp and that seems to have helped.
There will be arguments amongst hifi people until to the end of time, regarding cables, burn in, power supplies yadadah yadadah it’s almost like the sea otters from south park. But I know what my ears have told me.
I’m not trying to persuade anyone that burn in exists or a better psu will improve sound, just telling my experience of the digi+

No one can refute your subjective findings, no one else has witnessed the audio you heard. It’s just that some of us are more sceptical about these sort of things than others. The “expect a difference, hear a difference” quote likely holds true for some listeners. In a similar way some patients conditions can improve through the use of placebo medicine, purely because they believe they are taking some active drug to help their condition.

If you really want to test the improvement resulting from changing the equipment, (5V 2.5A psu), you need to listen double-blind and note down when the ‘better’ psu is hooked up or not. I would not blame you for not wanting to bother with all that sort of rigmarole. It is best to just enjoy the music.

Fascinating how long the burn in myth sticks.
“Burning in” originates from tubes. They changed a lot over lifetime and needs a burning in.
Modern electronics didn’t change their behaviour (besides failures). Hey, it’s a computer and your new laptop didn’t become faster or the graphics becomes crisper after a few days, right?

The burning in you experience is in your brain. First you need to accustom to a change sound.
And second it’s about expectation. You buy a new toy and expect an improvement, but most of the time it didn’t sound audible better than your old equipment, and based on your high expectation for you it sounds bad. Next day you remember it sounds bad and your expectation is accordingly low - and surprise it sounds good.
Burn in successful. But it’s only in your brain, your device hasn’t changed.