See the graphics… When I start Roon (client, not server) my CPU usage goes dramatically up and my fan goes full throttle. Anecdotally, I think this started with the latest build. 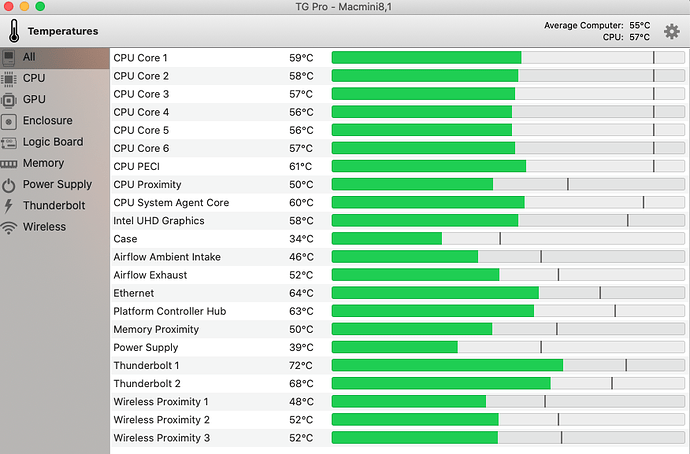 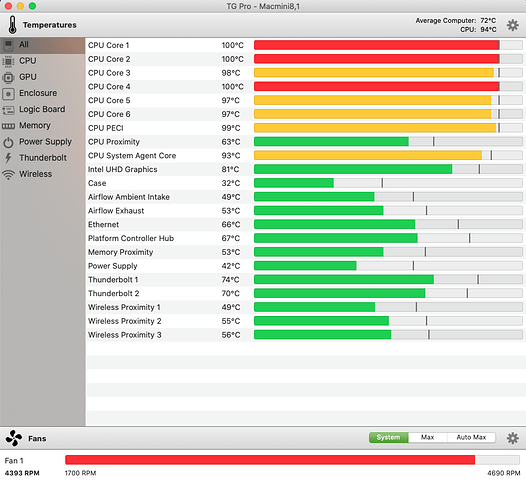 Turning wifi on here has reversed the CPU usage. It much more closely represents the top image.

I have discovered that it only happens to me after the Mac goes to sleep 3 or 4 times and wakes up. Only once the wifi on/off worked for me, last time it happened it didn’t help:

I wasn’t putting the Mac to sleep at all after work or at night and happens to just after I started doing it.

I had reported this early last year on another thread and glad to see this main thread, so I’ll hop on.
Cannot use Roon anymore as it is now always making the CPU run at over 400% (2019 version). WiFi has never been on.
Rebooting Mac does nothing.

not for me, MacBook Pro starts overheating again within a few hours of Roon restart

Not only a restart of Roon, also the Mac. This has worked for me so far, without fail:

But I’ve seen other people reporting that this didn’t work for them. Nevertheless, for me it did work for which I’m very glad.

Just updated Roon. Let’s see how it goes and post our experience here.

well not very promising @support … sorry to see it happening, this is after woke up my Mac:

Why not just capture a stack trace that will reveal application state e.g. race condition that is the likely root cause of the issue? Post an update that can be selectively installed with extra debug code (break points etc.) which would seem like common best practice to diagnose outside of the lab.

Indeed - Roon full version Auto-update. A few days after the Roon Core update which supposedly contained experimental fixes for the CPU problem. Well: didn’t work because I got the 400% CPU problem as soon as the app restarted.

I missed it… yeah… that was the right thing to do… next time.

made it to repro it by putting the Mac to sleep again for 5 mins, I have the process sample and the Roon logs, this is the timestamp:

@support guys let me know how to get the files to you.

This second time the wifi trick didn’t work.
Thanks.

@support, just reporting another incident today. 300% CPU happened on both of my MacMini 2018 machines (I have two identical ones). Once in each machine. Both issues were resolved by the wifi on/off tricks.

I never had the issue since the Roon Build 610 upgrade, but just yesterday I upgraded Mac OSX to 10.15.6, again on both MacMinis. It could be related or just a coincidence.

What is your normal network configuration on the Mac minis? Are they connected to your network via Ethernet? WiFi? Both connected at the same time?

My house is wired on a local subnet and all machines are connected to Ethernet. WiFi is not used for these but only for fixing the problem.

BTW the OSX update was a “supplemental” one released a few days ago. I realized the version number 10.15.6 (which I installed in July) didn’t change with this update. Does Apple do this usually?

Does Apple do this usually?

They do for supplemental updates.

Understood that the Ethernet connection is the primary for both computers.

Can you clarify if you normally have the Mac mini WiFi:

And when Roon goes bad, I turn the wifi on and it picks up my router wifi, and the problem gets resolved. I then turn off wifi again.

Same here on a 2020 MacBook Pro i9 2.3ghz 8 core.
I normally connect on ethernet, turning wifi on and off has cured it for the moment. This is only my third day of the 14 day trial. It’s all great except for this horrible bug.