How Big Is Your Library

You only asked about the percentage of classical music…

My thought is that the issues I am seeing are related to Classical only. In general my Rock, Jazz, Folk etc were identified OK

Hence wondering how big a classical audience there is out there

My thought is that the issues I am seeing are related to Classical only. In general my Rock, Jazz, Folk etc were identified OK

I haven’t noticed such a difference. I only have 7 unidentified classical albums. No problems here.

I am hitting repeated problems where I have a lot of recordings of the same work and only a portion show in the composition view.

It could be non main stream labels etc not being ID’ed. The big problem is if you have 31 versions of a work , you can miss one without really noticing BUT it doesn’t make it right.

I am also seeing the composition in 2 formats eg

Roon to offer ways of finding classical works easily AND showing me the different versions of a particular work
tripleCrotchet (Tony) February 4, 2018, 2:37am #16

Approximate, from memory. Away from home at the moment

I have a lot of single flac cue’s, ape’s and iso’s that roon doesn’t recognise. I don’t know how many. I gave up trying to convert them in any consistent way some time ago. I just randomly convert them when in the mood, but I have more time on my hands away from home and may give it another go. Mostly I just play them from JRiver or Foobar.

I find identification and grouping of compositions a much bigger problem than identification of albums. Because I am travelling so much at the moment I have been trying to build a much smaller travel library where I will often have just one performance of a work. So if roon doesn’t identify that single version (even when it has identified the album) I actually am finding that the single biggest problem I have is with a smaller Classical library, not a larger Classical library.

Of course I don’t have 67 Tannhäuser’s. But roon thinks I have. The reason is that if I have a selection for example of 10 arias scattered around on a box set then roon thinks that is 10 Tannhäuser’s and not 1 incomplete Tannhäuser.

these include
425 Audiobooks (317 identified)

Max single work (other than Christmas carols, some of which I have over 100 versions):
Bach, Goldberg Variations - 21 recordings

Sorry, Mike, I gave you the wrong stats in my first reply because I’d forgotten that one of my external SSDs wasn’t plugged in when I posted you. One of the many things I really like about Roon is the fact that it’s so easy to remove storage devices temporarily. Removing them and plugging them in again always works absolutely reliably. I do that very often. In fact, 90% of the time I only access my internal SSD (about 1,500 albums). That’s why I didn’t immediately notice that my stats were all wrong.

So this is my complete library:

All of my music is locally stored. I only use Tidal (and Qobuz Sublime) to discover new music.

I would love to have more classical-related problems so as to understand some of the issues more directly. If I were feeling them every day, it would be easier to move us towards solutions. The classical content that I do listen to seems to translate pretty well, but then again I avoid box sets like the plague.

I am a heavy user of composition/composer browsing for Jazz content. My most numerous compositions are all American Songbook or Jazz Standards with 40-60 performances.

And only 14 Classical Albums (total of 714 albums, all local) 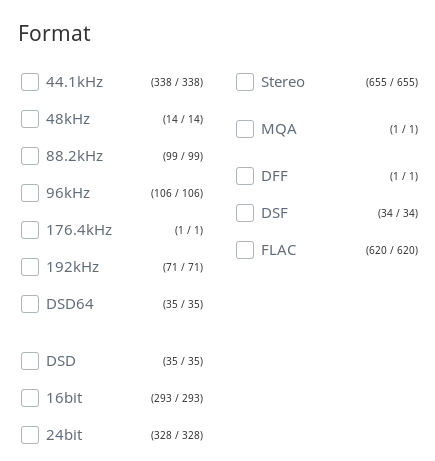 One album, with test tones 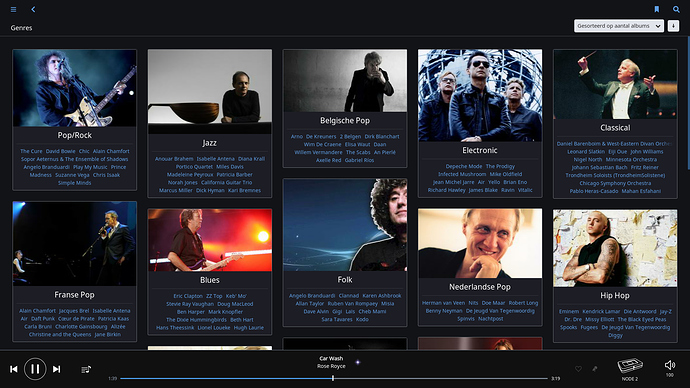 1412 albums, of which 395 are TIDAL albums added to my local collection.