How do I know if I'm streaming Tidal or Qobuz?

I have both Tidal and Qobuz. I see two icons next to the songs which I assume means Roon found this song in both services. I click the icon and click Play - but when I check the Source by clicking the little starry thing next to the song title, it always tells me the source is Qobuz. Why can’t I play it from Tidal when I click Play over the Tidal icon?

However, when I click on the little starry light next to the song, both say Source is Qobuz. 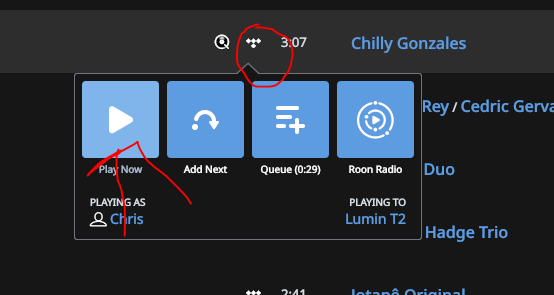 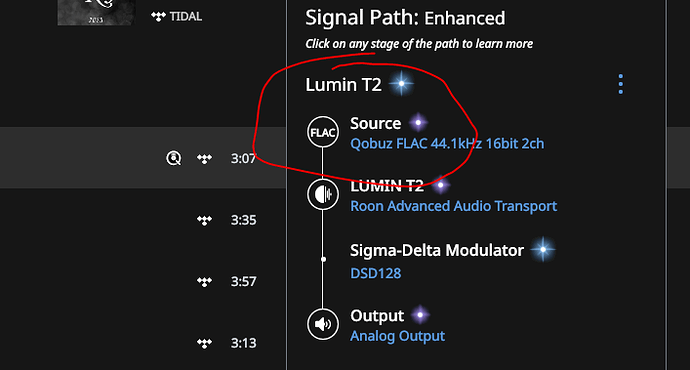 What Tidal service are you subscribed to?
I believe Roon tries to play the album/track with highest signal quality.
Dirk

I have both Tidal HIFI and whatever the top tier is of Qobuz. If Roon chooses the highest quality then it should not give me the option to play the track from Tidal i would think.

Where do you see the services listed on the track level?

Take a look above at my first pic. Next to the track, it shows two icons where it found that song. When you click the icon, it gives you the option to play… BUT, when I click the Tidal icon and play, it still plays from Qobuz only.

I see the picture, I’m asking which screen that picture is from since I don’t see the same in Roon.

Once you have started playing the album, look at the ‘Versions’ tab. When you select this, Roon should display every version of the album to which you have access, including versions from both Tidal and Qobuz. The album that Roon plays by default will be whatever it tags as the “Primary” version, and it is conceivable that the default version is normally Qobuz (I can’t check this because I have Tidal but not Qobuz).