How do I not show duplicate albums in Roon

With my library, I have a LOT of duplicate albums and such. When I search in Roon, I see duplicates all the time. I’m sure there is a simple way to compress that to just show one instance. How do I do that?

In Roon, go to Settings > General, and set “Show hidden tracks and albums” to No.

Thanks so much @Geoff_Coupe. I figured it was easy.

What makes an album “hidden?” I see plenty of duplicates (iTunes and Tidal, for example) that still show up. Not all, just some.

Are they actual duplicates (different versions, e.g. CD/Hi-res/multichannel) or different releases of the same album? The latter can be grouped together in Roon, but Roon will consider them different works by default.

I think they are actual duplicates of the same album. One will be the AAC version I purchased in iTunes, the other a FLAC version that was added through Tidal. Sometimes, I can add the album again in Roon through Tidal and the two albums will collapse to one with two versions. I’m not sure why some work and some don’t.

I did a massive playlist match between iTunes and Tidal. Even if things matched, they still show up as duplicates.

It’s possible that Roon has mis-identified the release. You can try re-identifying the albums in Roon manually, and set the correct release in Roon. Or just group the albums if you just want one album showing in your library, with the different versions held under it.

I’m not sure I understand what you mean by “re-identify the albums.”

OK, let’s use an example of an album that has had many releases over the years… Sgt. Pepper. 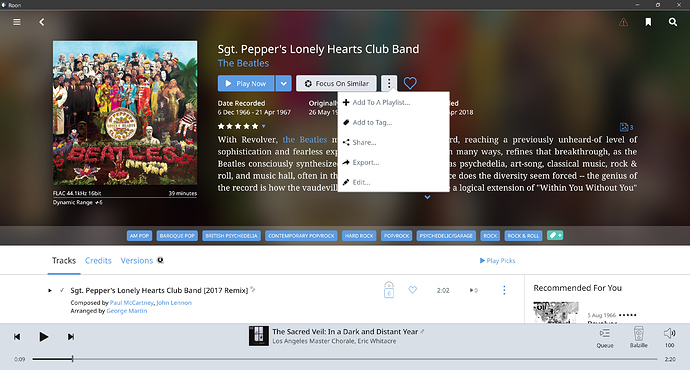 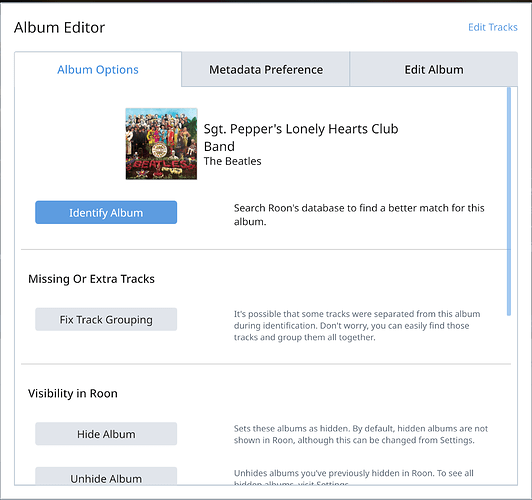 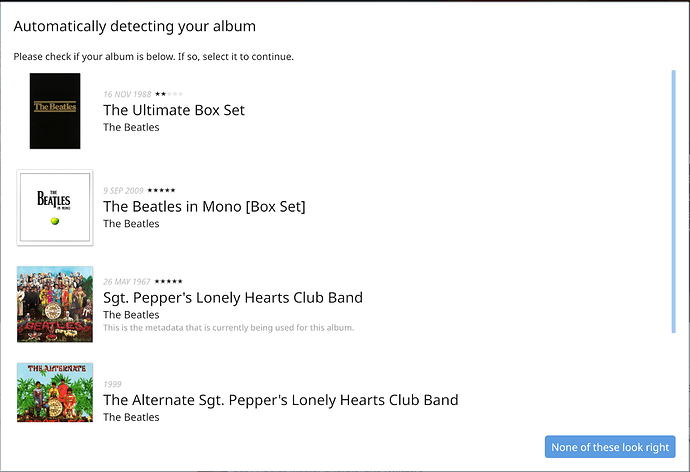 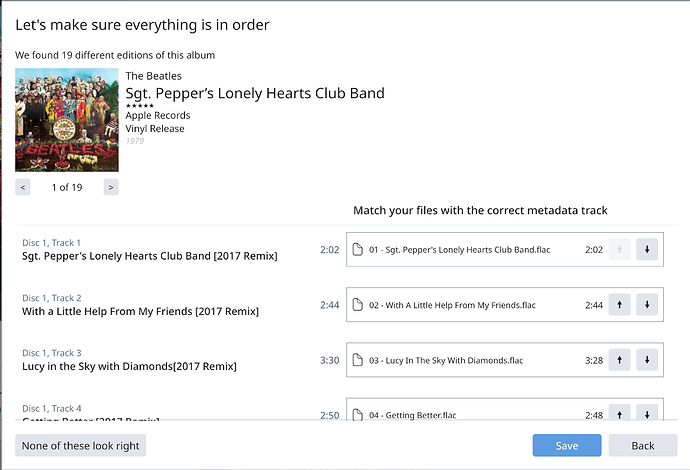 Thanks for your patience! I’m on an iPhone, so don’t see those options.

Yes, you will have to do this on a computer. The phone UI does not have much in the way of editing options.

Does the iPad interface allow for this type of editing? Thanks!