How do you tell snake oil from “truth” in audio gear?

First, eliminate your “hearing” from the equation. Nothing that measures well will sound “bad.”

If the manufacture will not tell you via specifications exactly how the audio device performs with standard audio terminology, then there’s usually a reason why they leave that information out. In many cases it just marketing. But it could also be an effort to cover up measurements that aren’t very good.

If you than ask the manufacture for a comparison between an off-the-self product and their “high-end” product you get this standard answer: “The information on our website is what we are making available to the public”. How can you trust such a company – I don’t.

I must admit that it’s a bit annoying when some in the audiophile world claim things, and magnify effects, without any evidence or apparent curiosity to confirm their beliefs. For example, Mr. Hans, supposedly a long-time audio “journalist” expresses his beliefs in no uncertain terms and even claims he hears significant differences. Notice in 3:30 he claims switched-mode supplies are “extremely noisy” and “a lot of effort to reduce the noise to level for critical audio applications” is needed. Then please, show us with that nice oscilloscope you have sitting behind you apparently perennially unused!

And measurements are what matters, because the human hearing system (and actually all human senses) cannot be trusted to tell you the truth like modern testing equipment, which can test down to the noise floor.

Many people will tell you, “They can hear a difference,” but have never surrendered to blind testing to make sure their claims are accurate. Most people do not have time or access to do the testing. Instead of saying, “I haven’t done the proper testing that would give me the confidence to have a strong opinion about the ability for me to hear differences,” they say, “I have confidence in my ability to hear.” Why do they say this? Because humans have the sense of being confident, whether or not the evidence supports their opinion. Humans are blatantly overconfident, many times.

Have a nice Christmas and a happy new year

Humans are blatantly overconfident, many times.

By introspection I found that when I’m acting overconfident a big factor is actually my insecurity or ignorance. I know I should not expand my experiences to others but overconfident smells fishy (or in the context smells snaky)

Be sceptical? Always a good idea.
Don’t necessarily trust yourself? Dare a blind test at times.
Use logic and always give no credit to bold marketing claims?

Give Amir a read sometimes. He has no agenda

If somebody don’t know who “Amir” is:

And: Focus on speakers if you feel the upgrade itch. It’s the worst part in the chain. Rest is very well sorted these days.

And: Focus on speakers if you feel the upgrade itch.

I have the same feeling, thanks for sharing that idea.

And: Focus on speakers if you feel the upgrade itch

Speaker/room interaction is another biggie. Room treatment and/or DSP can make a real difference.

Torben, you have nice B&W speakers, are you unhappy with your Linn? Its obvious that a 99 cent ethernet cable won’t be able to improve the sound of a $6k all-in-one paired with $20k speakers - so the sales guy raises the cable price to $2k and adds some flowery sales speak, lol.

so the sales guy raises the cable price to $2k and adds some flowery sales speak, lol.

@mikeb - The discussion here is not about my setup

But when you ask so directly

I need to rethink my life - LOL

Aha, I might know someone who can help you out

Which leads us to how difficult it is to tell snake oil from truth.

how difficult it is to tell snake oil from truth.

It gets me frustrated. So just as an exercise: what if there is no snake oil, just different products for different people. I just have to find the one I want and like and it is in my budget. This gets me off the “fight mode” and makes things fun (until buyers guilt

What about long held audiophile beliefs that were originally based on real differences and have now gone way off the rails. For example the whole high end cable (interconnect, speaker and power) business and the power supply fixation. And don’t forget the Ethernet cables and switches upgrade nonsense.

A very simple rule is the higher the profit margins the more likely it is to be snake oil.

I’m skeptical also. Snake oil is all over the place. I think in large part folks believe everything that they read and pass it on just because they read it somewhere without getting multiple source opinions.

My problem is trying to cypher the reviews from multiple sources. I will research it.

A very simple rule is the higher the profit margins the more likely it is to be snake oil. 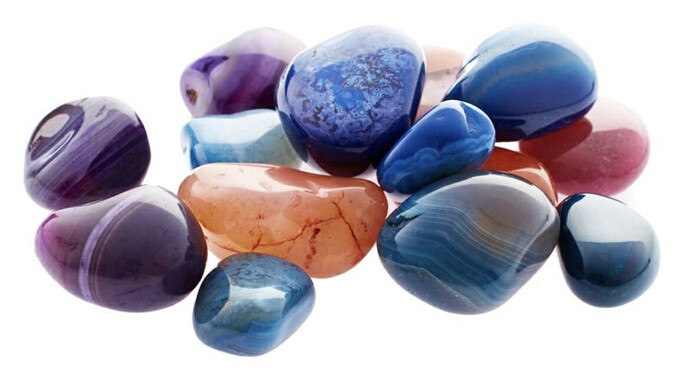 But here’s the questions:

This has caused me a bunch of introspection. Because I do get annoyed and not just technical but also occasionally emotionally involved in these conversations. But why?

does it bother me

But if you have some great ethernet cables for 10-15€ and they sounds great, why do someone need to buy high-end cable that cost 800-1000€ without any evidence that they sound better. Sure - if they improves SQ and it has been shown in measurements and/or blind-test, than I would probably buy them.

does it bother me if someone who has such a cable says they can hear a difference?

But that’s not what they say. They say something like, “It definitely makes a difference.” That’s when it bothers me. There’s no “definite” and likely no “difference”.

All good points but what if that “someone” is a “respected, golden eared” reviewer and writer for one of the high end audio magazines? The same magazines that profess that their editorial and advertising departments have nothing to do with each other.

As I stated above, just apply the money test and the veil is lifted and the correct answer suddenly appears.

IMO everyone has an agenda. Being honest, Amir’s total beatdown of my Schiit Bifrost Multibit soured me on him, but not so much for the poor measurements, more for his pre-testing comments on the DAC. He shredded the housing, switches and basically trashed it. His bias telegraphed what the final verdict would be before the first measurement was posted. I enjoy reading his reviews anyway, but with a grain of salt