The Motley Crue book is amazing. I’ve never knowingly listened to their songs but a mate recommended the book. 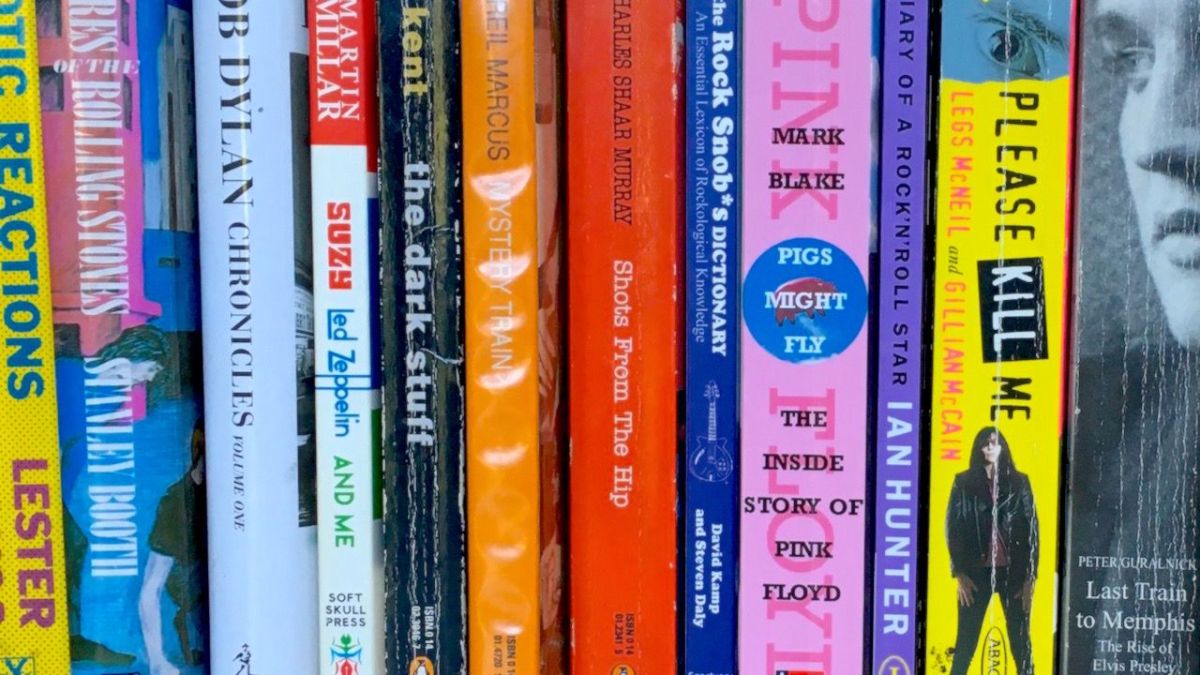 40 of the best books about music ever written

Been meaning to catch up on your reading? Here's 40 of the greatest books on music ever

Girl In A Band – Kim Gordon

I thought it a pretty good read for anybody even remotely interested in Sonic Youth.

Boy, are there some cool books I need to read. I have saved the list. These two, I remeber vividly. There are a couple of others, I might have read. Don’t remember, though.

Hammer of The Gods - Stephen Davis. As hinted at in the blurb, the book is indeed juicy. That really is the only [good] thing to be said about it. Not much information on the band, their drives or their music. The EL James of rock doc.

White Line Fever - Lemmy. This is a really good book. Very well written account of his own life. The prose is a bit like Bill Bryson; full of quaint little details. The difference is probably in the swear words. It doesn’t matter if you like Lemmy or even know who he is. This book is just a good read; simple as that.

You might be surprised to learn that there are types of “music” besides “rock music” and even more shockingly many of these other types of music have had very good books written about them. Very bad editing indeed - the title should read: “40 of the best books about rock music ever written”

Here’s an example of one these many fine books written about one of those other types of music:

Valid point. It doesn’t include classical or hip hop, r n b either.
I have some of all of the above - I even have jazz albums. (Don’t tell) Though my jazz albums are so mainstream as to barely classify.

I never use Genres and looking at the state of my metadata I’m not surprised. Kool and the gang in jazz?

I never use Genres

The use, misuse and general abuse of genres and sub-genres is a good topic for what I imagine would be a very long and somewhat contentious discussion.

By the way, several of the books on the rock music list posted above are very good reads.

Okay so I went back and looked at the list/link to see if the late, great Lester Bangs made the cut - which he did! (Psychotic Reactions And Carburetor Dung - Lester Bangs) - and I did find one book not about rock/popular music: Beneath The Underdog - Charles Mingus

You might be surprised to learn that there are types of “music” besides “rock music” and even more shockingly many of these other types of music have had very good books written about them. Very bad editing indeed - the title should read: “40 of the best books about rock music ever written”

Well, I agree that there are plenty of other great books written about music that fall outside the genre of rock. However, the list was compiled in a rock magazine about rock artists. I don’t think their readership would be happy if books about Bach, John Coltrane, Dr Dre, Kraftwerk & so on were included. Similarly, in a classical music mag if the title read the same, the readership would not expect or want a list such as the one here.

I used to have a single of his - Let it blurt. Alas, I sold all my 45’s years ago now (never sold my albums). Most were highly collectible such as the above. I used to collect rare releases. That’s the one thing I’ve always regretted doing. I was young & wanted the $$$

Not a biography but a book with music nerds as a backbone. One of a series.

High on my list of enjoyable things to do (if I had such a list…hmmm…maybe I should make one…) is poking through used record stores.  You never know when you’ll find that one album you’ve been look…