How to force a BOX set to split into individual discs

I have a large numbers of boxes of classical music, which are essentially a set of individual albums from a certain artists. Famous examples are the so-called “The Original Jacket Collection” from Sony Classical with Artur Rubinstein, Vladimir Horowitz and Glenn Gould and many much. Other case in point is the 56CD set with the Bach Cantates from Gardiner or Geza Anda’s recent >10 CD box. I strongly prefer to have these albums in my Roon as an individual album and not forcefully grouped together as a large box. How do I force Roon to split the box. Plex and JRiver has the option to separate any box-set you want. I did not succeed so-far with for instance the 56CD Bach box.

I have the Glenn Gould set.
I was able to have each disc appear as a separate album by having each album in a separate sub-folder on my hard drive.
There may be another (more efficient) way to do this but I’ve found with box sets putting all the files in a single folder causes Roon to display them as a box set.
Putting each album in a separate sub-folder causes them to appear as individual albums. 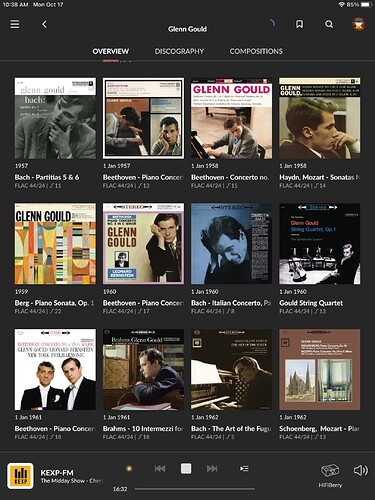 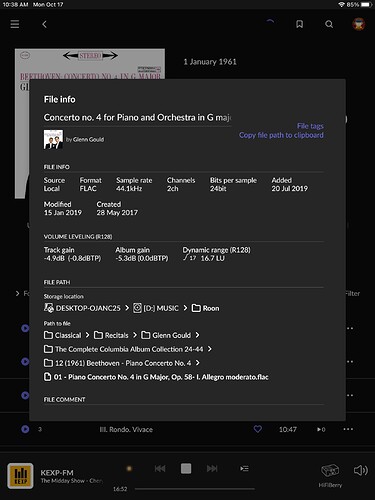 Note: How well this works is dependent on what metadata is available to Roon.
I had to do quite a bit of editing to get the Glenn Gould set to appear with the correct covers, release dates etc.

In case it is not clear from the from the above description, each sub-folder must not use a naming convention like CD01, CD02, CD03 or Disc01, Disc02, Disk03. Roon will assume that if you use that sort of sub-folder naming convention that you do want the box-set collected together as a single album. Instead make sure that subfolders break a simple numerical sequence. For example, CD01 - Beethoven, CD02 - Mozart, CD03 - Bach etc.

It is a lot of work and will not necessarily be successful as it is hit and miss if each individual CD matches an original release. In general you will have more success with original jackets type box-sets.

Good catch.
I forgot that I did in fact have to remove the “CD” text in my folder names.

This may not be your bag at all, but in case it’s of any help…

I make a point of having all of my classical box sets split into individual albums.

It’s taken a bit of experimenting to get it how I like it, as it’s not strictly how Roon is designed to function, but here are my tips (some of which have already been mentioned, so not wanting to tread on any toes, but simply trying to be complete & methodical).

So yes, firstly, your folders…

I use the Finder’s rename function to change, say, CD01, CD02 into something that doesn’t trigger the box set function.

Roon will look at Album Artist first & then the date (in my case, that’s the original release date, but that depends upon how you have your preferences set) & then the album title.

So, I have made the decision to have the “Album Artist” set to the name of the box set. This bothers some people because of course the name of a box set is not an artist &, strictly speaking, that is what an album artist is for. However, I find it a very powerful tool for organising things the way I like them.

A more conventional “artist related” example might be that for all my Prince albums, I would put “Prince” in the Album Artist box, (Roon sees that first), I would then put the Original Release Date of the album in the correct place. (Roon sees that second & now puts all the albums into chronological order.) Finally, I would put whichever artist name Prince was using at the time, from Prince & The Revolution to Prince & The New Power Generation, The Artist Formerly Known As Prince, etc. etc.

You could of course have all of the Prince albums files under their different incarnations & use a “Prince” tag to isolate them all, mess around with the “sort” options & maybe, just maybe, you’ll get to see your Prince albums in release order. I just prefer my way because they’re right there in the correct release order when I scroll through my albums.

Anyway, in summary, I have arrived at a place where “Album Artist” is seen as a category & not strictly an artist so I use the box set name there, where applicable.

The net result of this is that you’ve kicked it along to the album title, which is the next thing Roon looks at & where you can name your albums to get them in the correct order.

For me, this is the meat & potatoes of the whole shebang & it looks like this: 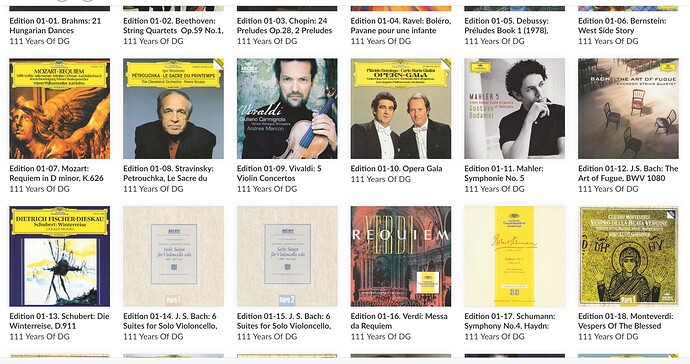 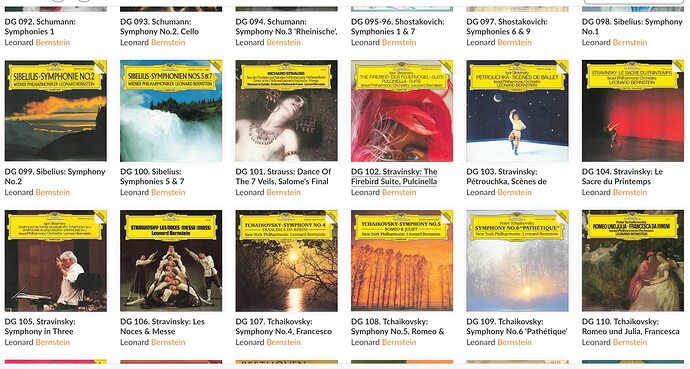 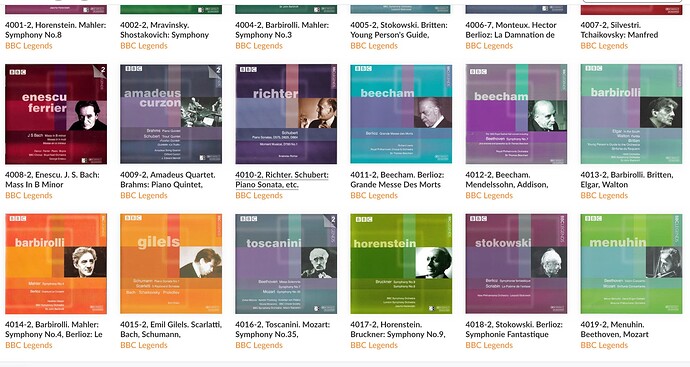 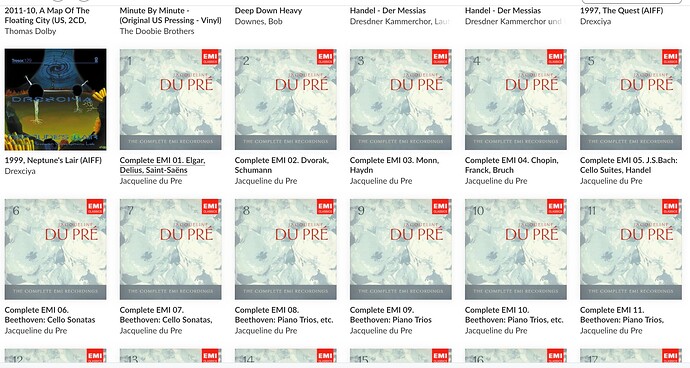 After each set is tagged & orginised as I like it in Roon, I then go in & add recording start & end dates. For me, especially with classical albums, the release dates of the LPs & CDs (& often, the many subsequent re-release dates) are of no particular interest. It’s the provenance of the recording itself which is key, so that’s the info I like to have to hand. It is a lot of work, though.

Of course, none of this may work for you all. I am, as has been pointed out by my good friend (& moderator here) Martin that a “fringe case” (read “head case”