Great to see the long rumored 2go finally being launched: 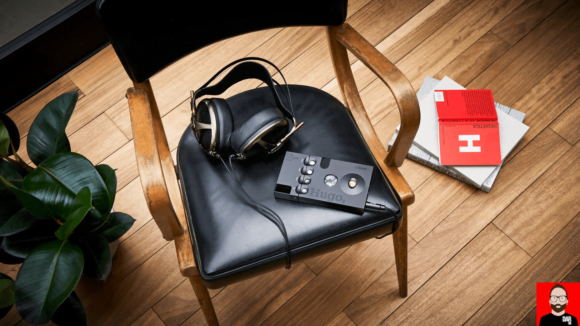 I’m currently using Mojo/Poly with the Meze Empyrean, which work really well together. Want to wait to see some reviews on the 2go but wondering about jumping up to the Hugo2.

Anyone here made this switch and can speak to the differences?

I had some answers in different topics that may be of help (see image).

Thanks for sharing your thoughts.

I also get occasional network connectivity issues and I was surprised Chord didn’t include 5GHz WiFi. Still just 2.4GHz.

My understanding is that the Poly has been a network headache for a lot of people, although massively improved on recent firmware in my experience. But why keep out 5GHz?!?

The other nearly unforgivable omission is USB-C charging

Because of it’s short range and flaky receiving signal strength?

One would need two or more APs to cover the same area with acceptable 5GHz signal compared to one AP providing a 2.4GHz signal. Roaming between APs may lead to interruptions in playback (for Roon: Device vanishes and becomes available shortly after; playback stops/pauses until you press play again). Even if one doesn’t roam between APs, moving around is very bad for receiving signal strength (strongly dependent on actual orientation and heavily influenced by nearby obstacles like for example the user). Even for stationary use the receiving signal strength might be flaky while people roam around in the house, doors/windows get open and closed, other WiFi devices may also greatly influence the current WiFi distribution (hint: techniques like beamforming and the likes). The space in such small devices like Poly or 2go also seldom allow for good antenna placement and/or the use of multiple antennas.
So 2.4GHz WiFI is clearly the better option for mobile use (when one carries the Mojo/Poly or Hugo 2/2go around in the pouch while listening to music), the 2go got a Ethernet port for stationary use. It’s left up to the user how to make use of it. It doesn’t have to be used with a wired Ethernet connection directly to the router at the opposite end of the building.

One can also use it in conjunction with other connection techniques as long as the adapter used provides a Ethernet port (EoP, FC, …). One can even connect it to a AP that works in client mode (a.k.a. Bridge Mode) and supports 5GHz WiFi, has a multitude of antennas (some models even have external ones that can be aligned for optimal results) and is designed and built as a WiFi device in the first place. Such a setup

PS: The forum is already full of people complaining about the bad results they got from integrated WiFi solutions (various Bluesound devices, KEF LS50w, Sonos gear, …). I appreciate it that Chord opted against that road leading nowhere.

The space in such small devices like Poly or 2go also seldom allow for good antenna placement and/or the use of multiple antennas.

Other small (smaller even?) devices seem to manage having both 2.4 and 5 just fine.

There are use cases when 5Ghz is potentially superior, such as stationary short range when there is heavy 2.4 congestion.

Perhaps I’m in the minority, but I’d personally take 5 over 2.4. And really Chord should have included both on the 2go given all the Poly wireless issues.

to Chord for adding Ethernet as an option.

Other small (smaller even?) devices seem to manage having both 2.4 and 5 just fine.

The only ones I’m readily aware of are smart phones which are designed to be wireless client devices (with antennas often integrated in the housing). But feel free to set your phone as zone in Roon, restrict it to 5GHz, send a high-resolution stream (the 2go supports up to 768kHz but Roon might not allow us to send such streams to smartphones at the moment) to it, put it in your pouch and move around too see for yourself how it performs as a streaming endpoint.

There are use cases when 5Ghz is potentially superior, such as stationary short range when there is heavy 2.4 congestion.

And I already pointed out how one can make proper use of the 5GHz band for stationery use. It really helps to replace as many of the individual integrated (cheap and often badly engineered) WiFi solutions often used in a crowd space (Audio/TV rack) as possible with a wired connection to a single Access Point in client mode.

put it in your pouch and move around too see for yourself how it performs as a streaming endpoint.

I have it works fantastically around my house. But, I admit my Wireless access point is exactly in the middle of the house, so no matter how far I walk inside I am within the short basic radius of the AP.