I don't want to be a curator, but....seeking tagging software

Can anyone recommend an intuitive tagging software that can handle/incorporate more than one music folder at a time? I would like it to treat multiple music folders as one library.

I have three rather large but separate libraries of music, and one is iTunes. With Roon, they are brought together under one roof. As a result is see a bit of duplication and similar, but different, naming conventions. I was thinking to bring EVERYTHING into iTunes but that won’t work so well because the other libraries folders have a good percentage of .flac files, which won’t work in iTunes.

This brings me back to my original question. Hope you can help.

Can anyone recommend an intuitive tagging software that can handle/incorporate more than one music folder at a time?

I’m a Mac guy, but this is probably worth a try:

Many thanks! I have heard of it. Can you confirm it can look into/incorporate multiple folders/libraries at once?

Based on skimming the help pages, it looks like it does. I think most full-featured tag editors will work with multiple directories and subdirectories these days.

yes it can incorporate multiple libraries/drives**. and it is very powerful tagging program with lots of ability to customize for one’s needs. handles mp3, ogg, FLAC, m4a, and recently WAV, and probably others. Download from here:
http://www.mp3tag.de/en/dodownload.html 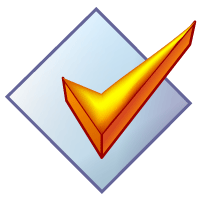 Mp3tag Community is a place to get support, give feedback and discuss Mp3tag.

** you should probably be using symbolic links in windows to have a single directory with a few symbolic links pointing to other directories/drives, so that from a windows perspective, all your music is in a single “directory”.

Thanks for the information and suggestion.

If i do symlinks now, would i want to refocus Roon to the mother folder? Today Roon is looking at 3-4 library files. If i don’t refocus Roon, what is the advantage of “placing” all libraries in one folder. It sounds elegant, but is it helpful in some way?

Thanks for the information and suggestion.

If i do symlinks now, would i want to refocus Roon to the mother folder? Today Roon is looking at 3-4 library files. If i don’t refocus Roon, what is the advantage of “placing” all libraries in one folder. It sounds elegant, but is it helpful in some way?

not sure what advantages it gives you in particular. But it is just a cleaner organization scheme (but this may not matter for your use case). I assume with Roon you would refocus, but not sure. (I don’t use symlinks because all my music files (about 95,000, mostly FLAC) are under a single parent music directory so I can always point at just that one directory for my music library location.)

Someone at Computer Audiophile recommended Bliss.
http://www.blisshq.com/tour/.
Although I haven’t given it a try yet, I plan to soon.

Wow - I took a fast glance and it looks interesting. Thank you Craig.

@Not_Roon Team - is there any position on including a metadata management function in the software? I have been merging some albums - it takes A LOT of clicks to move tracks to their appropriate positions in a recognized album. Drag and drop would be a huge improvement.

I just started trying Musichi. It does support multiple libraries and is very powerful and flexible, as well as being very classical aware in particular. “Intuitive” it isn’t, though. At least not for me.

@Leporello, same for me. I tried Musichi a couple of years ago and was not able to penetrate. I really prefer not to investment too much bandwidth in operating these “tools.” Thanks!

for OSX Yate is it! An amazing program and the developer never rest! We have been using it to clean up a massive library 700,000 tracks mostly flacs. We would rip the discs and the info almost always needed fixing. After experimenting with all options we settled on Yate by 2manyrobots. Barry the developer has added so many personally needed features for us and usually within hours or a day. The best $20 we ever spent.

This was a great suggestion Craig. It proved valuable for adding album art to my cataloged Sonos folders. Appreciate the link.

I have used Bliss when I was running a win-based server running Foobar. I recommend it.

And Puddletag is not only very useful, but free and easy to install (and update) on Macs using homebrew package manager. I’ve had a good experience using it that way.

Yip, there’s not a lot it doesn’t do as far as tagging is concerned. There’s a lot of power and versatility under the hood.

Does Puddletag support DSF yet?