Roon makes use of the contents of [square brackets] in album titles as extra data against a particular album (great!), but doesn’t appear to ignore that extra data when trying to identify the album on import. Hence, I’m finding I have to manually identify many albums that are otherwise totally correct by removing the [square brackets stuff] in the manual album search field.

Any chance of making the import process ignore the extra album info? Cheers!

I have found the same as well - though with (round brackets).

Sometimes all is well, sometimes I need to remove them to identify an album.

Personally I try not to use (round brackets) to hold extra data simply because sometimes an album may legitimately include round brackets in it’s title.

…indeed. I’m yet to see any use of [square brackets in an album title]…although no doubt someone is going to prove me wrong

We have a ticket open tracking some improvements here, including for this case:

So, @pedalhead @bplexico – can you guys post some examples of what you’re seeing? We look at the folder name and album tags, so make sure you’re showing me exactly where the info is coming from, and I’ll try to get clear reproduction steps together for a ticket.

Hi @Mike. I’ve been going through some of the remaining albums I’m yet to fix, and I’m starting to think it’s actually down to tracks not matching…ie, one or two tracks are a few seconds too much out from the Roon/AMG data. It’s true that, whilst trying to identify an album, I’m not able to search if there are [square brackets] in there…note the [24-96] in the album title below: 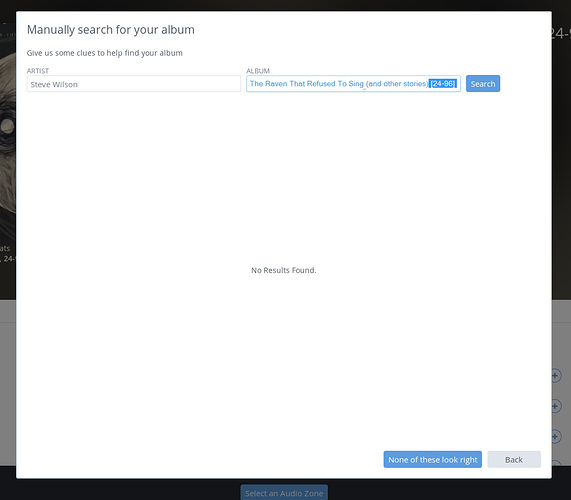 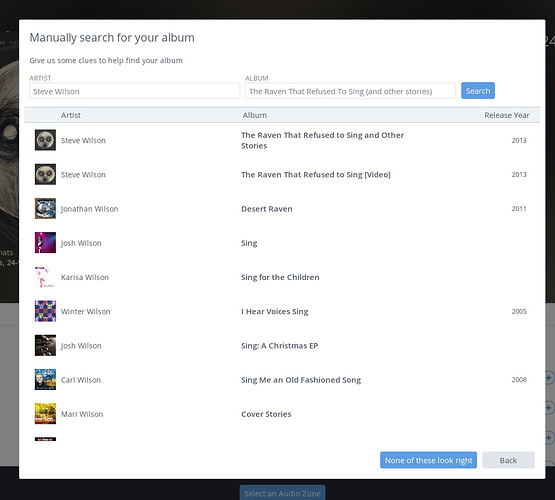 However, this isn’t really the issue I raised…which was of the auto-identifying of albums failing when titles contained square brackets. I think I may be mistaken, and it’s just that many of my albums that failed to be identified actually happen to have them! I’ll look more into it and let you know…

Ok, I found one, coincidentally another Steven Wilson album. 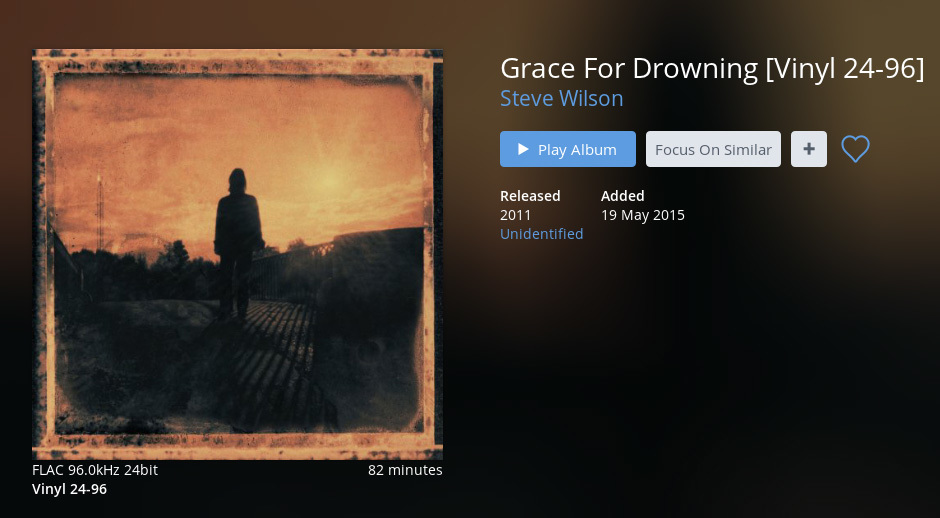 If I click on “unidentified” and then “Identify Album”, it now give me the option to select it: 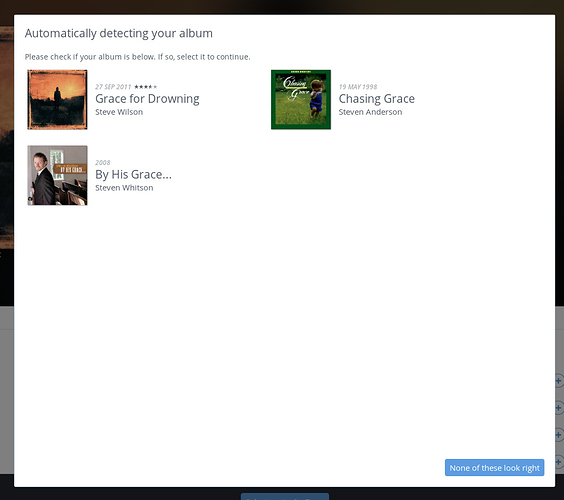 Note that my version is an exact match (well, no red text) for one of the versions in the Roon/AMG database: 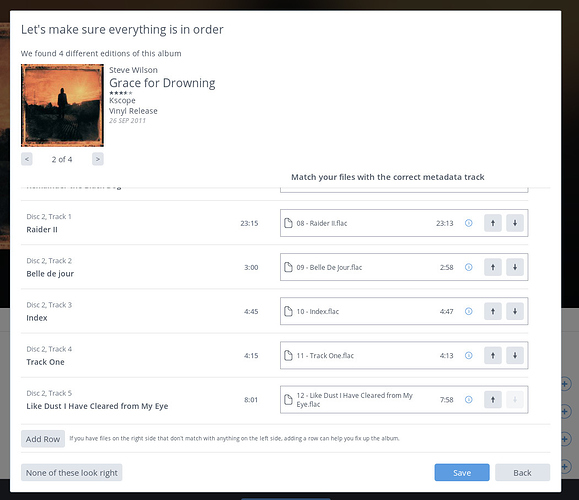 Sorry to keep replying to my own posts

Found another…T. Rex “Electric Warrior”. It had [Deluxe Edition] in the title & when I tried to manually identify it, I had to remove the square brackets stuff for Roon to find it. Again, mine was a direct match (no red text) for one of the albums listed. I’ll stop there so I don’t spam too much

Apropos of nothing, I just want to say that Do It ('Til You’re Satisfied) is a pillar of pop-funk! That is all…

Like quite a number of others here, I’ve used square brackets to include “Version” info related to that Album…examples include MFSL; SHM; SACD; 24/192; HD Tracks etc.

When ‘importing’ these into Roon, it is able

Roon only leaves the brackets and info in place when it’s not able to successfully identify the album…which is usually down to other factors such as track numbers, timings or sequence…or missing tracks

@mike - here are some examples.

This shows as unidentified by Roon.

This shows as unidentified by Roon.

This is true for ALL DSD albums that have …(DSD) as album name.

Others that are unidienfied but don’t follow this pattern:

And there are about 10 more but I will leave you with the ones that have the (DSD) pattern for now.

@Ronnie and @bplexico are right – we already ignore most stuff in brackets, parens, etc. during the metadata identification process (both from your data, and from the stuff we’re matching it against). There’s just too much variability there to match it directly.

@mike, can you help @pedalhead dig deeper into what else might be going on here?

@brian - I may have misunderstood your message, if so I apologize. But I think the fact that Roon is not ignoring the stuff in parentheses, is why it is unable to identify the albums in question.

@mike @brian - am I understanding correctly that you’re ignoring everything in brackets ?
I, like others, have tagged release / quality information in square brackets, but round brackets usually denote something important & relevant to the track / album / artist etc.
Just listening to Humate, The Best of, which has 2 tracks with multiple versions (mixes) - which are denoted / identified by the information within the brackets - but just appear to be the same song twice.

The key words in my explanation above were during the metadata identification process.

Roon preserves your tags exactly as extracted in its database, and data in brackets is used to drive the album versions feature right now. We may do more with this later.

I just loaded 75 albums into Roon, all of which contain [24-192] suffix on their album tag and folder name. Roon has auto-identified precisely zero of these albums, despite them all having perfect matches when I go through the manual identification process.

Is this correct behaviour for Roon? I thought (I hoped) that any tag or file/folder name info in square brackets is ignored by Roon for album identification purposes…?

Check your preferences re how Roon should treat these. I’ve never seen it interfere with album identification in my collection.