New to the platform, and have setup an iPad mini as my controller. It is set up on a iport dock so it stays charged when not in use. So I am noticing a couple things…

Any other tips for cool remote usage…

I have an iPad Mini 4 that works well as a Roon controller. However, I normally use my Dell XPS 15 laptop instead.

A couple of things.

If your interested in having the IPAD work in portrait mode, the 12.9 version is the only one that can do it currently.

Pretty sure my IPAD wakes up where it was but I use the Roon Keep screen awake option. It does return to the last place when I wake the screen up and move Roon to the foreground. Maybe something to do with the model or screen size.

Any other tips for cool remote usage…

Hold it in landscape, otherwise you’ll need to cock your head 90 degrees.

I’ll update this reply once I get home and take a look at my settings.

But is there a mode where it will change the album art for whatever song is playing ???

That would be awesome…!!!

As mentioned above, the now playing screen appears to be what you want.

I visit that screen from time to time, mainly to see what the radio feature selected, but haven’t left it up while playing albums unless I wanted to see the lyrics.

Cool feature right in front of me and never thought to leave it active.

Haven’t been able to find this feature setting. Can you show me a screen shot of where? Will this , when set, then switch artwork for whatever is playin? Btw, is there such a thing as a Roon pdf users guide…

When you have something playing the progress bar at the bottom will have the album and track information in the center. 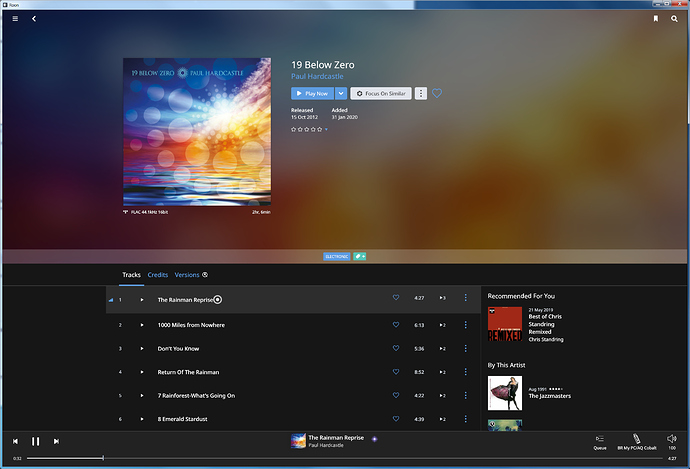 Click on that to expand to the now playing screen. 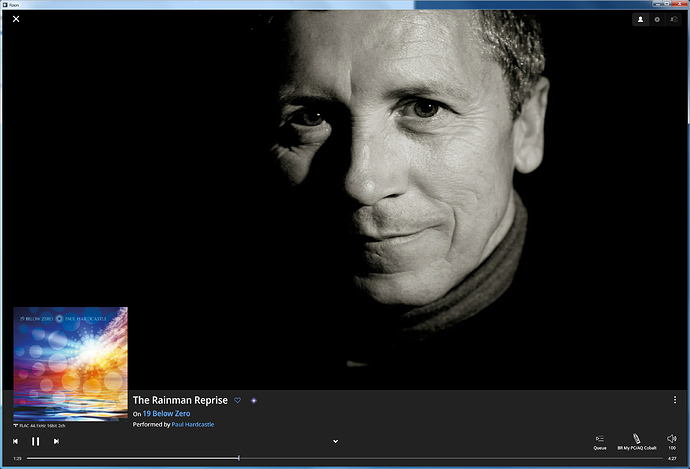 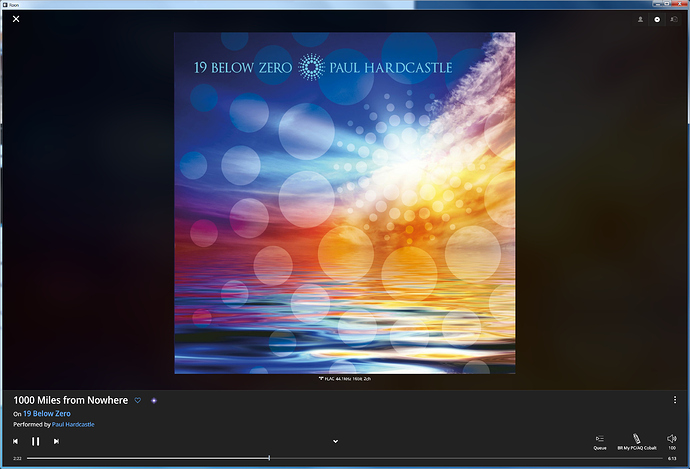 Btw, is there such a thing as a Roon pdf users guide…

If you search the Forum you’ll find a thread with various links to a PDF prepared by a user, but it’s not officially supported because it is out of date.

The KB User Guide is an electronic document that is continually being added to and amended as Roon evolves.

Not quite true on the landscape/portrait thing. I’m running iOS 13.3.1 on an iPad Pro and it runs fine landscape and portrait. In fact, it always has and I’ve had the iPad for a couple years now.

iPad always wakes up where I left it, even if I’ve used another device to play tunes since. I hadn’t heard about the keep Roon awake option - I’m running Roon on the iPad in standard default settings.

What size is your IPAD? I thought I read that portrait was only available on the 12.9 size. Maybe I heard or read it wrong.

Ah. I misunderstood. I thought that by ‘12.9’ you were referring to a version of iOS. If you were referring to the size of iPad than you may be right. My iPad Pro is 12.9”. Having said that, there’s no technical reason why other sizes should behave differently. iOS is designed to behave in an identical fashion on all sizes of iPad. Anyway, apologies for the misunderstanding.

The iOS Roon app is not a native iOS app, rather something that is compatible but does not conform to all of Apple app specs.

It only runs landscape on other iPads and iPhones. It also can’t be set to run in the background as native apps can.

Can you make the screen go back to the currently playing song from the list after extinguishing it and not to the beginning? Finding the song you play from a list of several hundred items every time is tiring.