Here are so basic problems I have to deal with in the iPhone app. (iPhone x)

And still I have a problem with scrolling. It is slow. Damn slow. My fingers hurt when I’m finally getting music chosen in the iPhone app.

These are basic things. Everyone who uses the app once will notice them. But no improvements here.

This here is one album, with many songs.

And this is the playlist:

Going by past answers this will be classified as Working as Designed and the advice given to raise a feature request.

If scrolling around is slow maybe you could have filled in all the details like Core system details and networking etc then we might have a clue why so so slow too.

What can possibly have the core to do with the gui on the iPhone app?

Just for the record:

No 5 makes the overlapping buttons unusable. This is really annoying.

It more like 5 albums on a 500GB Harddrive. So principally all music is streamd via Tidal.

Hello @Jan_Peter_Hoffmann, thanks for the feedback here! I’m going to pass this thread along to my team so we can take a look at what you’re experiencing with the album names being cut off.

In regards to the slowness, I’d be happy to help! To get started, I have a few questions:

But it is always the same. I think someone would not describe it as slow but just not fast, not dynamic. I don’t see how this is a network problem. I think it’s an app problem. But I did not make the software though

So, yes. It was always like this. No issue.
I will try to make a video of it and share it here.

Well, I promised a video… It took some time, but here it is.
I also compared it to Kazoo.

Setup (I also Worte that in video description):

I could not upload it here, so I just posted it on youtube: 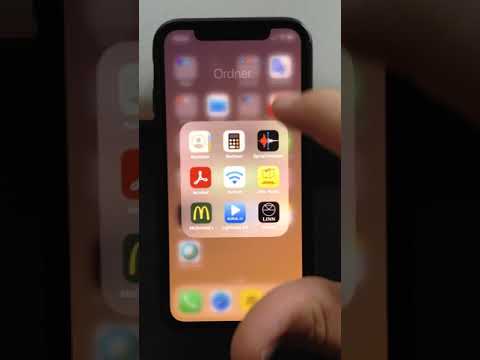 Regarding the scrolling speed/behavior:
The Android app behaves the same way, it’s simply poorly implemented. When I started using Roon, exactly two years ago, and I first noticed this scrolling behavior, I directly canceled my trial. Just thought, WTF…

this app is unusable. I stated this as reason for my termination. The answer from support was (I just looked it up): “we are working on it”.
That was two years ago, until now nothing has changed. Personally, I don’t believe they will fix it. It seems to have no priority at all.
Anyway, I stayed with Roon, for other reasons. I just avoid scrolling when I use the app, I use it in a different way, I work around the scrolling, it’s so annoying, my fingers literally start to ache when I try scrolling through my library…
So, don’t expect this to get fixed in the near future.

The scrolling thing is purely down to the developers [moderated] refusal to make it better it has nothing what so ever to do with IOS or roon server.

I have over 3k artists, I have given up trying to scroll, it would take five minutes to get to letter M.

Roon is supposed to be about discovery but this is impossible on iphone, all you can do is revert to what you know because you HAVE to search for it.

It’s just one of the countless examples of a poorly implemented UI. There are many other threads on it. Roon doesnt seem to care even slightly about it.

Is there anything I can do to improve things? Or do you need other tests?
Or is this speed as it should be?

I want to add here, that these problems are of pure „experiential“ nature. But never the less, this should improve. But I did not hesitate to pay for the lifetime account some years ago.

For me, roon is not just an app, but I see it as a hole in one software solution for a server (nuc with ROCK OS) a client (multiple raspberry Pi with endpoint software) and a remote (the iPhone app).

Hello all and thanks for the feedback here! I’ve passed this information along to the team for further consideration but cannot promise anything as of now.

I agree scrolling is rubbish, it also needs a quick jump by alphabetic characters. I don’t tend to use scroll though and search using the search function as I generally know what I want to play.