Is there a way to display the disc number in the 'Main Albums' view for a Artist?

Hi,
I have several albums which have multiples disc.
So the albums tag is the same across all of them with the disc number being different.
But when I look at them in the album view, I have no way of telling them apart as all I can see is the album name. Is there any way to have the disc number in view as well?
Here is an exmaple: As you can see, all the details are the same, so there is no way to tell which disc is what…

Suspect this is your case

Hi Mike,
thanks for the quick reply. My folder for this boxset is like this: 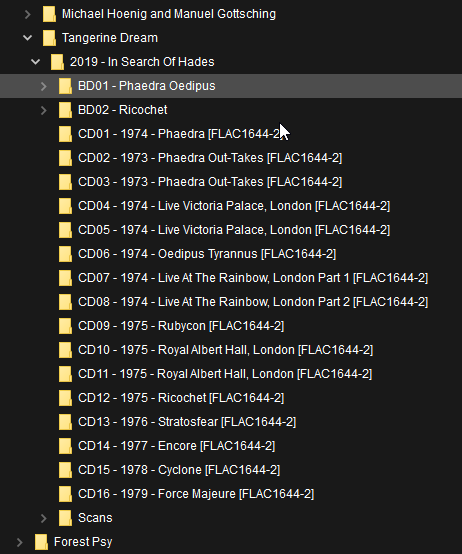 Mike will drop by later.

If you want roon to automatically identify the box set then you need to strip out the folder descriptions. In the tags you will also need to make sure that each CD has the same album title. Finally you need to tag the CD number and it is usually needed to tag the CD total as well. However, you can usually keep the folder descriptions as long as you have done the other steps but then you will have to merge the box-set manually.

Tony said it all. Often i leave the cd folder names like you have them and manually merge to a box

Box sets are a bit of a weak link in Roon , there is no means of sub titling individual discs
If each disc is a discrete album you may wish to treat them as individual albums

As it seems that the album is not what you want, what is it what you are after? Wouldn’t it be better to click on View All Tracks instead?

Works for me…Blue Rodeo has two double albumns: the top right and second from right in second row shows a “2” 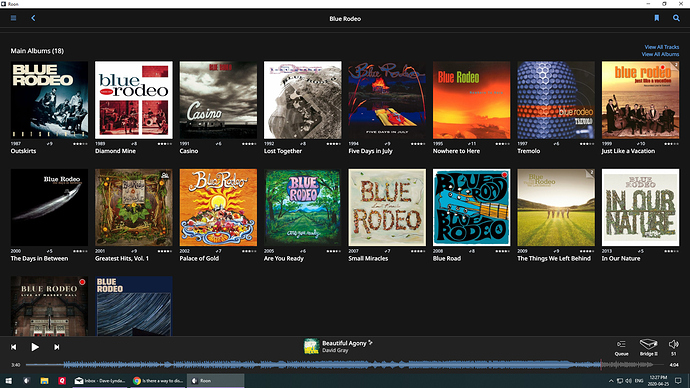 Since, I own that box set. I keep them in their own individually named folders and treat them as separate albums, which I then add the Box set title to under Versions, and tag with a Box Set Tag. Each Album has its own art. And if needed I modify the Album Title in Roon for further separation.

Thanks everyone for your input, ill play around with some of these ideas!

We also have some best practices for using Box Sets with Roon here in our KB — I definitely recommend checking that out and feel free to reach out if you have any questions.