Is this the most optimised hardware arrangement for roon?

I’m updating my computer/front end and adding an NUCi7 in order to explore roon and its DSP functions. No multi-room endpoints required.

My thoughts are to stick with W10 and use the NUC as my rooncore & player, and play direct via USB out to my Vitus RD-100.

Control point is an iPad Pro 13”

I’ll probably keep the existing QNAP NAS with it’s 2x 2TB of SSD & 8GB of RAM and use it as intended, as a file server. This way I’m splitting the brains from the brawn and moving the power hungry SSDs away from the CPU.

This arrangement gives my the most flexibility IMHO.

I’m planning on mapping disk 2 on the NUC as a network drive then point rooncore to it. Think this gives me the most secure and tight network connection.

Am i right in thinking this is the most optimised setup, OR has anyone any tips to improve this arrangement?

Put the music SSD inside the NUC and run ROCK if you have a backup of the music…ROCK requires formatting internal drives but USB is an option too. Even if you run W10 on the NUc put the music on/in the NUC

Use the NAS as a music files backup

The Vitus requires specific drivers so W10 may have to stay.

The NAS also has 100+ 1080p movies on it. This particular drive doubles as the PLEX storage.

WizardOfOz has the #1 choice. Do that. My music DATA is too precious. I would isolate it’s storage. But that’s just me.

I ran my 13tb music library on a nas for several years but now I run it on my W10 core as a 16tb drive internally…much faster now.

OK so a little update:

On the NUC i7 10510U I have installed roonserver and PLEX server.
I have mounted the 2 NAS shares as drives; M: Music, and V: Video.
The two servers both point at these to create there databases.
Databases are backed up on the NUC’s 256GB NVMe SSD

The above are connected via a netgear GS105 (unmanned switch)
Roon is connected directly to the Vitus RD-100 via USB from the NUC.
The NUC and switch are powered by a dual 12V Teddy Pardo linear PSU.

Finally the Neatgear switch is connected to a TP-Link wireless router/switch.
All Ethernet cables are flat 26AWG CAT8 by Veetop.

I have now had some time to explore roons DSP functions and am really impressed with the results.

The above has made a formidable digital frontend to the system.

Thanks for the help and inspiration

Sounds AMAZING!! Much better than when taking USB directly out from the NAS

FYI, I recall being advised on another post that the Teddy Pardo 12V was under-powered for a NUC. Was I misinformed?

TP might have a ps that is Nuc ready…ya never know could be a custom.

At 12 volts you need 5 amps plus. And you need a supply which isn’t droopy. If your PSU voltage sags too much at high loads it will mess the NUC up because 12 volts is right at the bottom end of a NUCs working range.

The TP LPSU has had a few upgrades to make it a 2x 3A from its standard 2x 2A and its had additional internal heat sinks added.

You just need to be careful in choosing the NUC I went for a specific industrial grade 12V MiniPC from https://www.hystou.com/

Yes when the initial library was being built, the PSU got a little warm/hot but in its normal working environment its relatively cool .

I specifically choose a low powered variant so it could run light ( 15w) and at 12v
this is the options available from the Hystou: 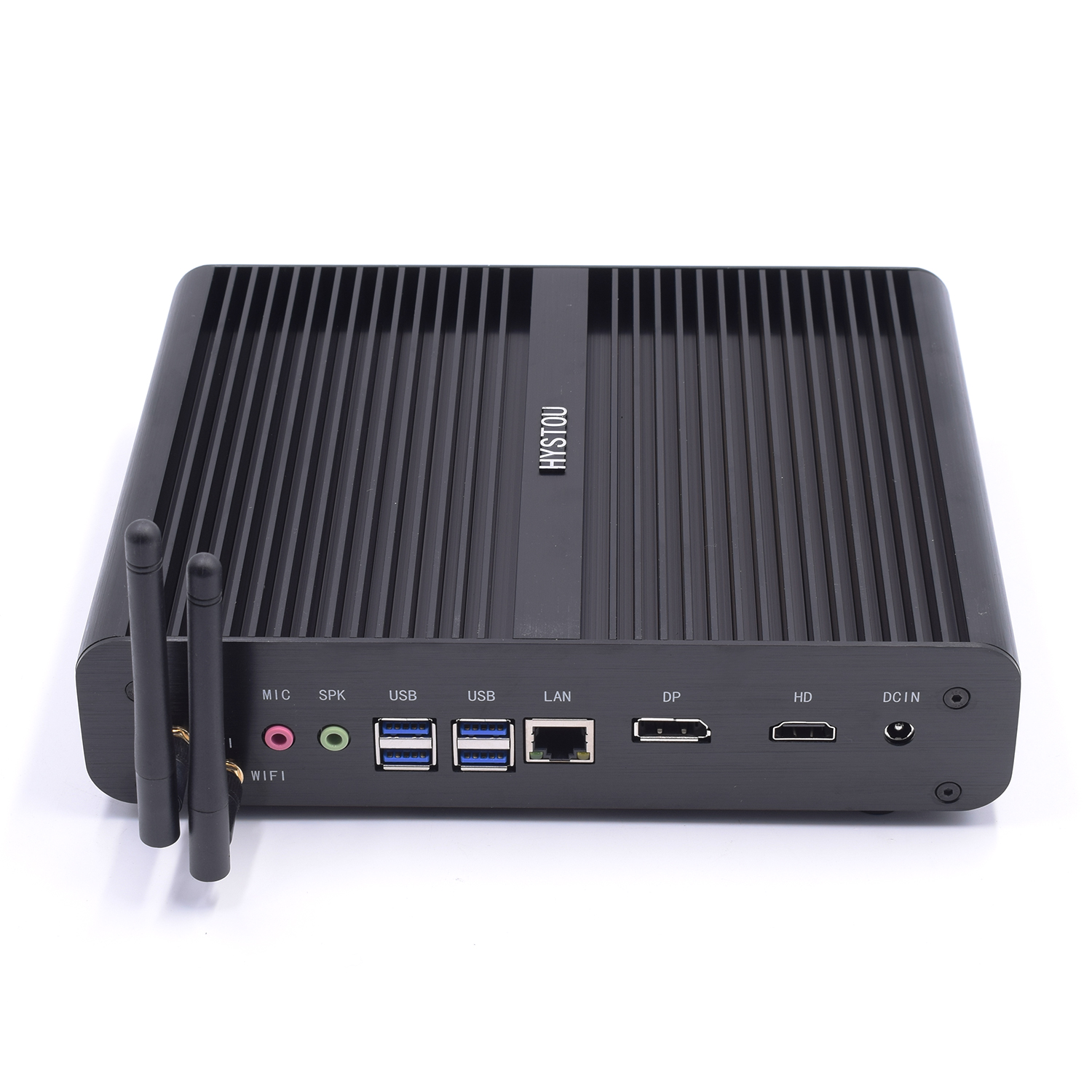 If I’ve understood correctly, they use OEM AMI.com bios and hardware tools.

Okay, neither one of those is a NUC. But that does provide background on the power supply requirements.

Just to add, the MiniPC is being replaced tomorrow with this version as the fan keeps kicking in:

After reading peoples comments re fan noise, my concern was ill founded; the fan remains off during normal headless playback. I’m using W10 Pro as the OS and have rooncore and PLEX server installed.

After reading peoples comments re fan noise, my concern was ill founded; the fan remains off during normal headless playback.

If fans come on during use (non-headless mode), you could try disabling Turbo Boost and seeing if you’re still happy with the performance… Also check you have the latest BIOS.

A few people have commented that disabling Turbo Boost really drops CPU temperature quite a bit and fan speed stays at its lowest doing more stuff (compared with the classic vacuum cleaner sound).

Think its off… well, its totally silent even with my ear up against it.

I have Intel’s ‘Driver Support Assistant’ installed which checks all the driver and BIOS for latest versions. https://www.intel.com/content/www/us/en/support/detect.html

In BIOS I’ve set the fan to ‘quiet’ and set the power/performance to ‘balanced’’, the rest is at default.

Will look into Turbo Boost settings as it’s massively over spec’d for what its doing.