I just got Jethro Tull’s “Warchild” album (40th anniversary edition mastered by Steven Wilson) and loaded it into my Roon library. This is the first time I have not found matching metadata for an album. I’m surprised this album is not in the database. Maybe I’m doing something wrong?

Curiously I see the Tidal version of this album shows up ok. Maybe Roon uses the Tidal metadata as its own if it doesn’t have anything in its database? 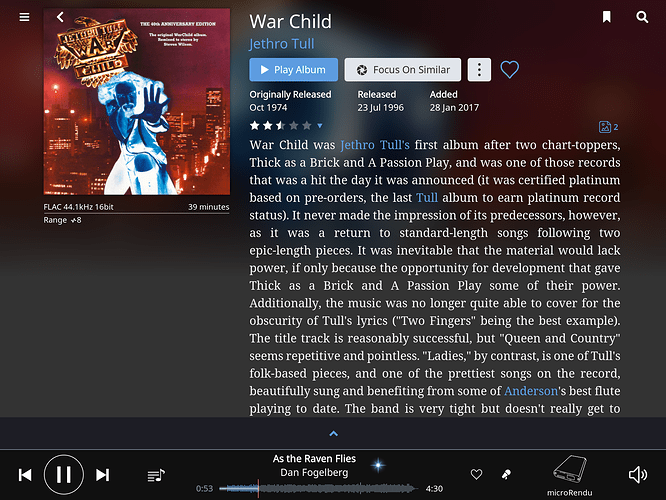 This is what I’m pulling up from Roon. Incidentally, I don’t have the 40th anniversary version. Just plain old redbook ripped to flac…

Yes, that’s what I was seeing with the Tidal version. For some reason Roon won’t pull this for the 40th anniversary version even if I manually edit the album name to just “Warchild” and manually look for matches.

When I get home from my trip I’ll try regrouping the DVD-A tracks into different albums to mimic the original album playlist and see if that triggers a recognition.