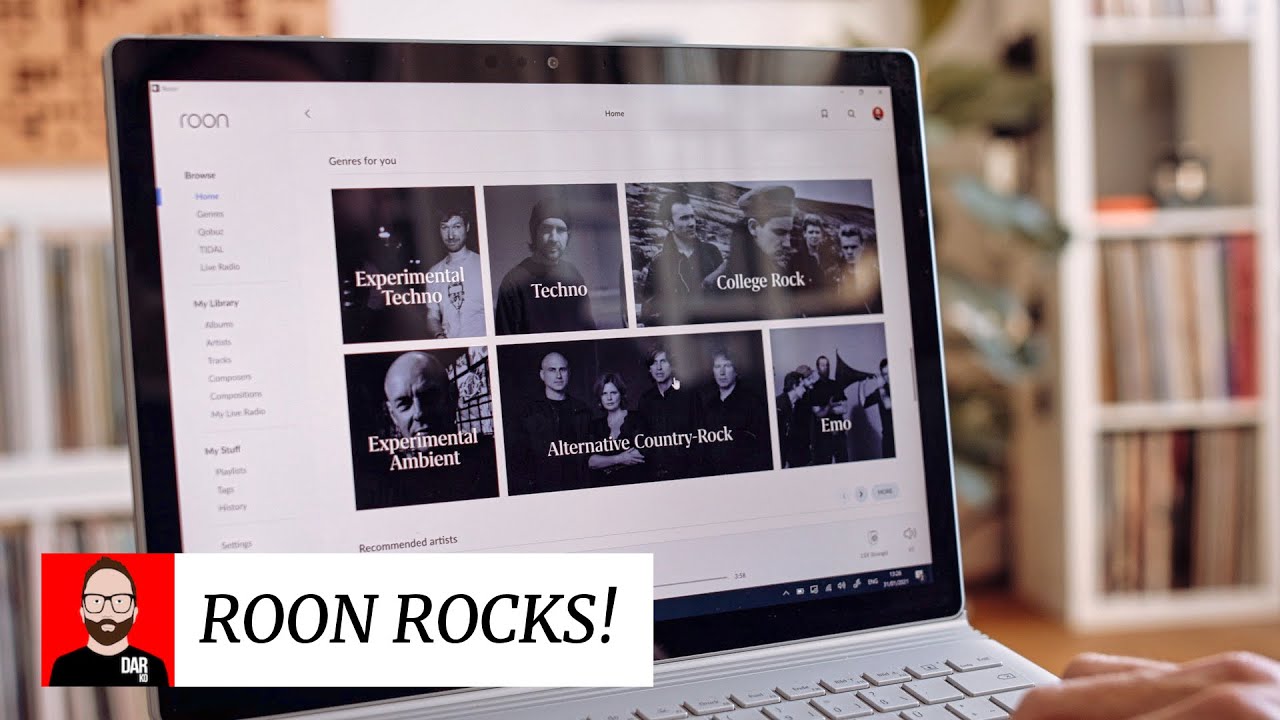 I guess it depends on what he had sitting around. In my case it was an older 7i7 acquired cheaply. I would have probably paid more for the more appropriate i3.

Well given he has comments turned off & has done so for a few months I think (?), it appears to me, he’s become all too knowing & only his thoughts/opinions matter.

I could and did ignore his arrogance by the way he’d talk down to the viewers & issuing ultimatums prior to each video.

His high-brow approach to his music is extremely offputting, where’d he’d put down other peoples preferences e.g. I don’t listen to jazz, I don’t listen to classical, but if you want to hear some techno blah, blah blah. His views are very narrow & in regard to music, it appears to me his thoughts on jazz extend as far as big band music or bop & classical likely a few classics. Because, much of his beloved techno includes lots of classical music and jazz influences. I know this as I listen to plenty of electronic music. He’s just too closed minded, which is the basis of my post.

It’s either his way or the highway & nothing in between.

I guess he’ll no longer get assistance from his viewers, such as gapless playback via other means, that he had no idea about. The list goes on…

So no - I don’t care to watch this video.

Of course others may do & thanks for the post, it didn’t come up in my feed (thankfully). I know none of this has nothing to do with you; I’m just having a rant about his arrogance. His ‘fame’ has clearly got the better of him & he’s completely turned his back on his beginnings - his viewers.

Oh & whilst I’m at it…that horrible photography where each and every video has that blurred out look in the background. It used to be alluring, but same ol, same ol becomes just that.

I think it depends on many things but when it comes to memory it is so cheap you might as well go 8 or 16gb to help manage your library growth especially if you plan to keep it longer.

Like Henry I had an a NUC that wanted to be used so I just added more memory and a 2tb drive and it’s been a lovely working Rock for almost 2 years.

Even as an I5 though I can see it starting to struggle upscaling music and applying DSP to what the devices can take and I think you need to plan for DSP etc and a 5-7 year lifespan.

Edit: it does appear that newer i3 model’s are as least as fast as that i5.

I have an i5 NUC running Rock with 8Gb of RAM and absolutely no lag whatsoever on rendering covers (with version 1.7 - haven’t switched to 1.8 yet).

Depends on the generations of them as there was a big step forward around the 7th or 8th generation that moved to real quad core meaning the i3 is as good as an I5 from the previous generation.

So back in September 2019, I published Benchmarks running on my NUC5i3, 8GB RAM, 240GB m.SATA running ROCK
They are here List Your NUC Capabilities Here - #23 by simon_pepper
If you read the rest of the comments, at the time, you will see that with ROCK a NUC5i3 runs the same performance as NUC6, NUC7 with i5 and i7 CPUs

Simon I have opened this for a read later, but does that include DSP processing and upscaling as well to multiple zones at the same time?

Not going to argue that an i3 is man enough to run Roon at all, but I have seen it and older it devices struggle while playing multiple zones with DSP running.

Simon I have opened this for a read later, but does that include DSP processing and upscaling as well to multiple zones at the same time?

It does, a EQ Convolution file, with DSD upsampling to multiple zones

I would have been happy to see this video before doing the task myself for the first time. It does appear to be easier than what I remember.

It is always worth pointing out that there is little difference between 5th generation processors and anything up to and including 8th generation. Apart from a few tricks Intel came up with to make the generational updates look more appealing to those who look to ‘processing power’ for reasons to upgrade, the real updates have been going from DDR3 to DDR4 and the adoption of NVMe. In fact by far the biggest issue is availability.

It’s good to see someone like him showing how easy it is do.

Yes, Intel’s core CPU processor architecture has remained the same, at 14nm architecture, and the NUCs which use the Mobile chipset are not subject of the higher clock speeds the desktop processors used to extract higher performance. Though some of the NUC8s jumped to 28W TDP, over the 15W seen in the earlier generations. Extra heat needs active cooling or more elaborate methods of passive cooling.
The addition of further GPU processing, on-board WiFi and Bluetooth are irrelevant to a ROCK server, as headless, wired Ethernet only and is best with the lowest thermal requirement, reducing fan usage.
This really keeps the best NUCs for ROCK as the NUC5, NUC6 and NUC7 models, but as focused hardware the NUC5 has just want ROCK needs, no more. Then with a zone handled per core, the i3 CPU has proven to be more than adequate for zone playback with DSP, including Roon EQ and DSD conversion.
I was looking at a replacement for my NUC5i3 to avail of NVMe SSD speeds and DDR4 RAM, which is why I ran those benchmarks and was surprised with the performance of this 2015 model against later and high specified models.

This NUC5i3 is running Roon 1.8 well, without any noticeable difference between major releases. I believe improvements have been made to have 1.8 work better against RoonOS, and this release will carry Roon into 2022, given 1.7 was with us for over 12months.

How many albums do you have? I’m hovering around 8.5k

Also as mentioned later generations do better and mine is the earliest supported. I don’t do much DSP though which is why I’d hoped it would perform a bit better than it does.

I am at 6.9k albums, with about 90k tracks
I haven’t read than later generations do much better.

Perhaps someone will run the same level of benchmarks as I ran, and post the results, so we can compare whether a NUC10 or NUC11 is actually a material upgrade when used with ROCK, RoonOS etc.

What control do you use Simon? I bounce around iPhone, Android tablet and iMac.

My issues are mainly around the GUI UX - it takes time to render as I scroll up & down or navigate back and forth. What’s frustrating is the lack of consistency in the lag, so you never know if screens will resolve in half-a-second, 2 seconds or very occasionally 12 or more.

I don’t know enough about the back-end to know if delays are from my ROCK or my control device.

How many albums do you have? I’m hovering around 8.5k

Ah, you have more than me. I have just under 3k, so that might make a difference.

Simon thanks for the links I read through it and found it very interesting.
Might look at the parallel option and see how it does. Always thought that the 2.3 x was getting a bit slow, but maybe Life in the old girl yet