I have marked the MQA version of Slow Turning in the tidal app and can get the album to show in Roon but if i play it I get a message about networking or connectivity preventing playback and then too many failures, stopping.

everything else plays fine and the album plays fine in the tidal app.

Interestingly, it hasn’t shown up for me either.

When this happens to me, it’s usually on new albums that are showing up in Tidal but aren’t officially released yet.

Just happened earlier this week with the new Nils Frahm and Khruangbin albums. I could find them on Tidal on Thursday night, but got those errors you mention until they were actually released on Friday.

It plays in BluOS via Tidal Masters but doesn’t show in Roon even with a manual sync. Just tried it.

Cheers Guys, I’ll try and be patient then😀

This album has turned up now with no intervention from me.

Not to mention “Is Anybody There”…

Strange, I don’t see the Masters/MQA version in the Roon app. The only Masters album I see under John Hiatt is Terms Of My Surrender…

It’s still in MQA via Tidal on the Bluesound App. Two versions. 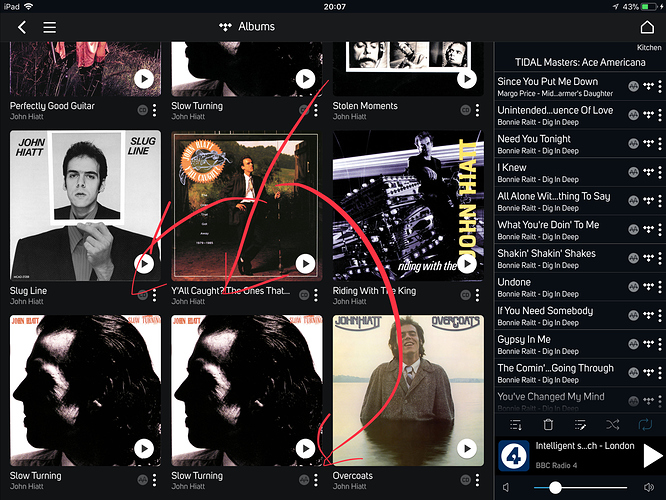 Weird, I only see one version of Slow Turning in Tidal. Whether I use the Tidal app, the Sonos app or in Roon.

Three in Tidal, two in MQA, one added to Roon… 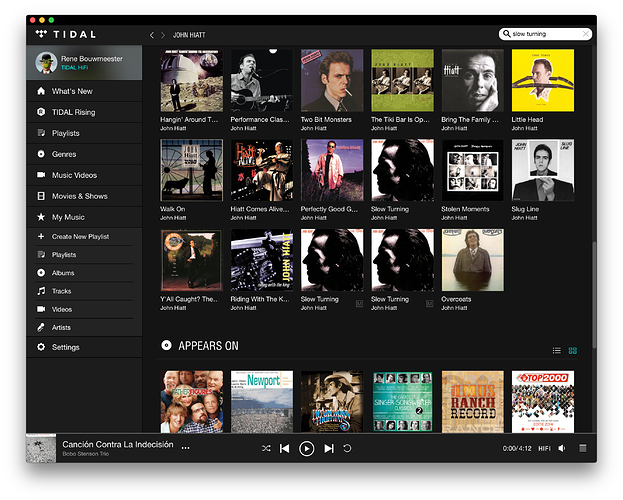